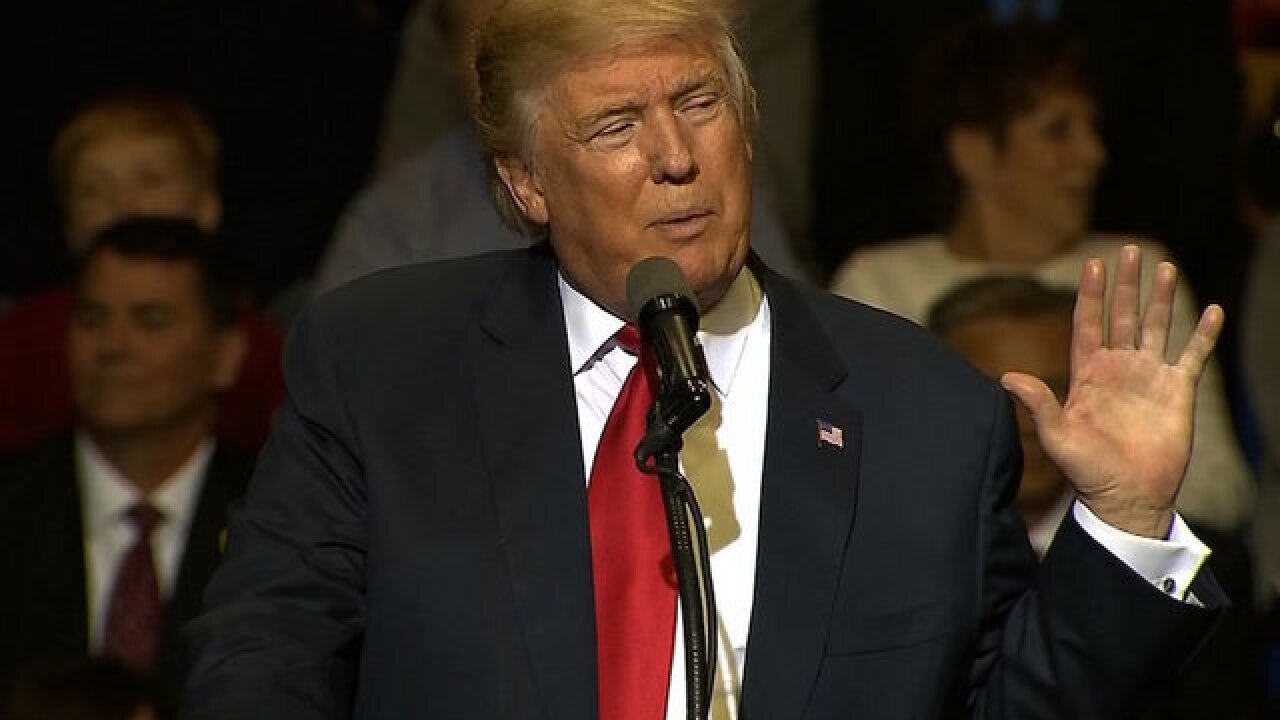 CNN
CNN
<p>President-elect Donald Trump formally introduced his pick to lead the defense department Tuesday, as he brought his "thank you" tour to Fayetteville, North Carolina. Trump appeared disciplined -- much unlike past campaign rallies when he broke from his talking points to makes news -- and stayed mostly on script during his rally.</p>

WASHINGTON (AP) — President-elect Donald Trump is tapping another four-star military officer for his administration. He has picked retired Marine Gen. John Kelly to lead the Homeland Security Department, according to people close to the transition.

Kelly, who joined the Marine Corps in 1970, retired this year. He wrapped up a final, three-year post as head of U.S. Southern Command, which spanned some of the fractious debate over the Obama administration's ultimately failed pledge to close Guantanamo.

Kelly served three tours in Iraq. He is the most senior military officer to lose a child in combat in Iraq or Afghanistan. His son was killed in Afghanistan.

Transition officials confirmed the choice on condition of anonymity because they weren't authorized to speak publicly.