Trump on trying to regain momentum in Wisconsin 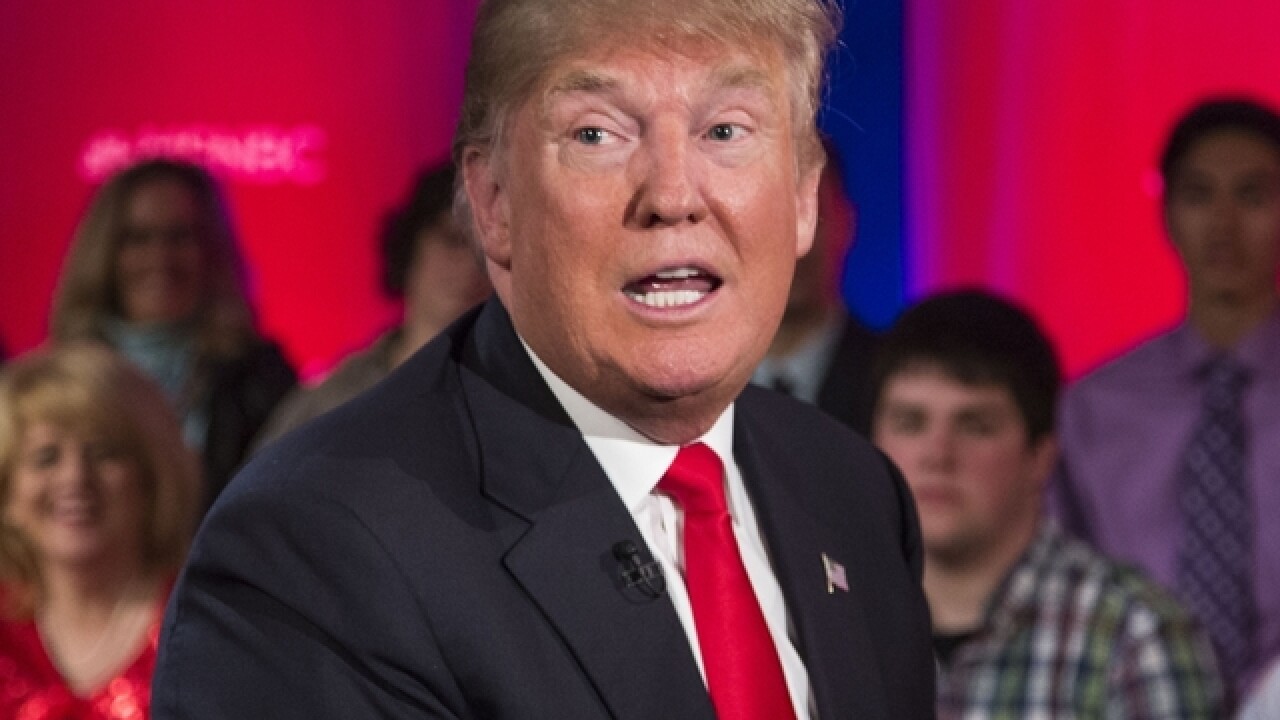 RACINE, Wis. (AP) — Following one of the worst weeks of his campaign, Republican presidential candidate Donald Trump was on defense Saturday as he kicked off a three-day sprint to Wisconsin's primary.

Trump began the afternoon with a rally in the Milwaukee suburb of Racine, where he defended a series of controversial comments in recent days on NATO, abortion and his remark that Japan and South Korea should perhaps be allowed to acquire nuclear weapons.

Among his biggest missteps have been Trump's recent comments on abortion, which have managed to unite both abortion rights activists and opponents in their criticism.

During a taping of "Face The Nation" on Friday, Trump said he believed that, when it comes to abortion: "The laws are set. And I think we have to leave it that way." His spokeswoman, Hope Hicks, quickly issued a clarification that Trump meant that laws won't change until he's president and appoints judges who can interpret them differently.

It was the second time in days that he'd stepped in hot water over the issue. On Wednesday, he'd said women should be punished for getting abortions if they're ever banned — a position the notoriously unapologetic campaign quickly reversed.

Trump told the audience on Saturday that his words had been repeatedly taken out of context, and complained that he was being held to a different standards than his rivals.

Trump's comments raised concerns in the Republican Party about whether his unpopularity with women as measured in preference polling would make him unelectable in a general election match-up against Democrat Hillary Clinton.

In an apparent effort to address that concern, Trump said his wife, Melania, will be campaigning with him Monday. His daughter Ivanka, who just had a baby, will also be returning to campaign with him in another week or so, he said.

Trump responded at length to criticism from both of his rivals as well as from President Barack Obama over his call to consider allowing South Korea and Japan to acquire nuclear weapons — a position the president said betrayed an ignorance of foreign policy and the world.

"Now I didn't say anything about letting Japan nuke," Trump said. "But I did say, perhaps if we can't do the right deal, we'll have to let them take care of themselves."

Trump said, "if that means they'll have to someday get nuclear weapons, in all fairness folks, I know the way life works, eventually they're going to probably want to do it anyway."

While he said he's popular in some areas, "in certain areas, the city areas, I'm not doing well. And I'm not doing well because nobody knows my message." He said people were given misinformation, and partly blamed "crazy talk show hosts" including Charlie Sykes, with whom he had a contentious radio interview.

Trump said he's hoping he'll be able to win some of those skeptics over as he campaigns across the state in the coming days.