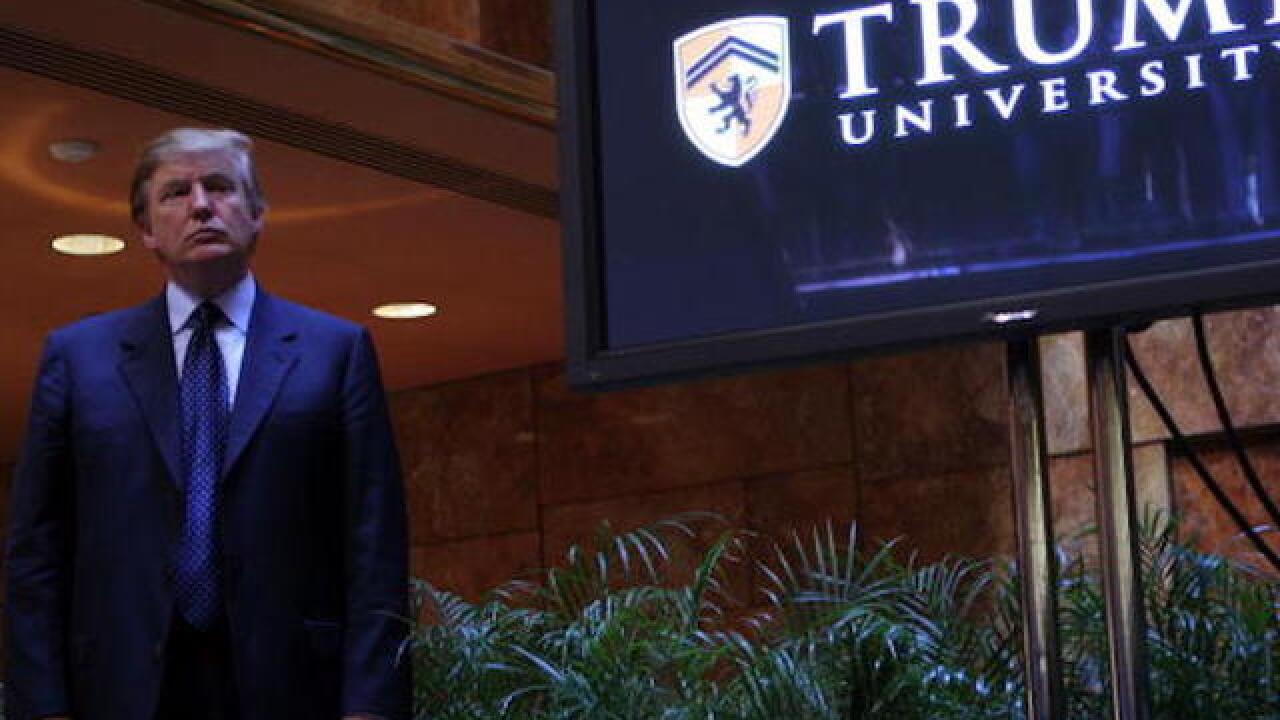 The settlement was reached in November shortly after the election. It kept the president-elect from having to testify in a trial.

Trump started Trump University, a for-profit series of seminars that told students they could get rich off real estate with the right investing techniques, in 2005. It was hit with fraud suits starting in 2010 and closed in 2011.

Students said they were promised access to private financing options that never materialized, and concluded the program was effectively a bait-and-switch. Though initial seminars were free, attendees alleged that teachers only used them to get students to shell out for paid sessions.

Many ended up paying tens of thousands of dollars -- and said they were a far cry from recouping the investment via real estate deals.

A "one year apprenticeship" was essentially a three-day seminar costing $1,495, the plaintiffs said in court documents. A "mentorship" cost at least $10,000. The top-tier Gold Elite program cost nearly $35,000.

Of the settlement money, $21 million will go to about 7,000 former Trump University enrollees covered in two California class action suits. They will have at least half their money refunded.

Trump University did not accept wrongdoing or fault as part of the settlement deal.

"While we have no doubt that Trump University would have prevailed at trial based on the merits of this case, resolution of these matters allows President-Elect Trump to devote his full attention to the important issues facing our great nation," the Trump Organization said in a statement in November.