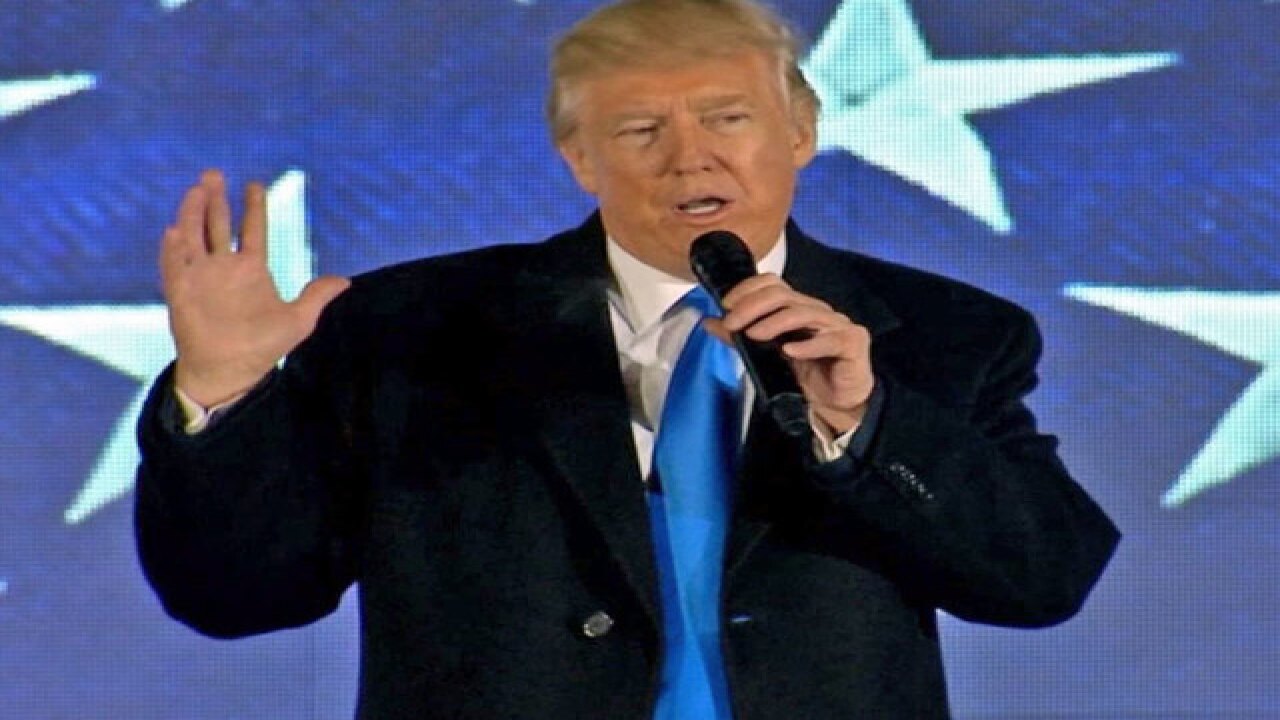 WASHINGTON (CNN) -- Things got heated between President Donald Trump and Australian Prime Minister Malcolm Turnbull in a phone call over the weekend, when Trump objected to an agreement over the US receiving refugees, sources told CNN.
Trump's apparent dispute with Turnbull on Saturday came on the same day that he held phone calls with four other world leaders, including Russian President Vladimir Putin.
Australia is an intimate ally of the United States, with the two countries joining three other English-speaking nations in an intelligence sharing arrangement known as the "Five Eyes."
The disagreement came as the two leaders discussed an agreement, reached under the Obama administration, for the US to accept refugees from Australia who are living on islands in detention centers off the mainland. Many of them are from the seven countries affected by Trump's travel ban. Trump on Friday also suspended the entry of all refugees for 120 days, along with indefinitely suspending the entry of Syrian refugees.
Sources say Trump insisted it was a very bad deal for the US to take 2,000 refugees and that one of them was going to be the next Boston bomber.
Turnbull told Trump several times the agreement was for 1,250 refugees, not 2,000. He also said Australia was asking to submit them to the US for refugee screening, and if the refugees did not pass the US screening process, they would not come.
Trump expressed concern as to how this agreement from President Barack Obama's administration would go forward given his executive order the day before temporarily suspending the US refugee program.
Trump abruptly ended the call because he was unhappy, a source told CNN. White House press secretary Sean Spicer did not return requests for comments regarding the call.
Earlier this week, however, Spicer said the Trump administration would honor the agreement, saying the refugees would be submitted to "extreme vetting."
Turnbull also told reporters Thursday that Trump assured him the US would take the refugees.
"Look, I'm not going to comment on a conversation between myself and the President of the United States other than what we have said publicly, and you can surely understand the reasons for that," Turnbull said. "I'm sure you can understand that. It's better these conversations are conducted candidly, frankly, privately. If you'll see reports of them, I'm not going to add to them."
A government official familiar with Trump's interactions with foreign leaders said, "(Trump's) interactions are naive in that he keeps suggesting we will have the best relationship ever with a broad departure of countries, but there is no substance to back it up. When he encounters a policy challenge like with Turnbull, he responds with a tantrum."
The Washington Post was the first to report on the details of the Australian call.
'Tough hombres' talk with Mexican President
CNN has also learned details about the Friday phone call between Trump and Mexican President Enrique Peña Nieto, who canceled an in-person visit with Trump after the US President insisted Mexico pay for a border wall between the two countries.
According to an excerpt of the transcript of the call with Peña Nieto provided to CNN, Trump said, "You have some pretty tough hombres in Mexico that you may need help with. We are willing to help with that big-league, but they have be knocked out and you have not done a good job knocking them out."
Trump made an offer to help Peña Nieto with the drug cartels.
The excerpt of the transcript obtained by CNN differs with an official internal readout of the call that wrongly suggested Trump was contemplating sending troops to the border in a hostile way.
The Associated Press report said Trump threatened to send US troops to stop criminals in Mexico unless the government did more to control them, but both the US and Mexican governments denied details from the story.
Sources described the AP's reporting as being based upon a readout -- written by aides -- not a transcript.
Spicer described the call with Peña Nieto as "productive."
CNN's Jim Acosta, Laura Koran, Kevin Liptak and Daniella Diaz contributed to this report.
The-CNN-Wire
™ & © 2017 Cable News Network, Inc., a Time Warner Company. All rights reserved.
Copyright 2017 Scripps Media, Inc. All rights reserved. This material may not be published, broadcast, rewritten, or redistributed.