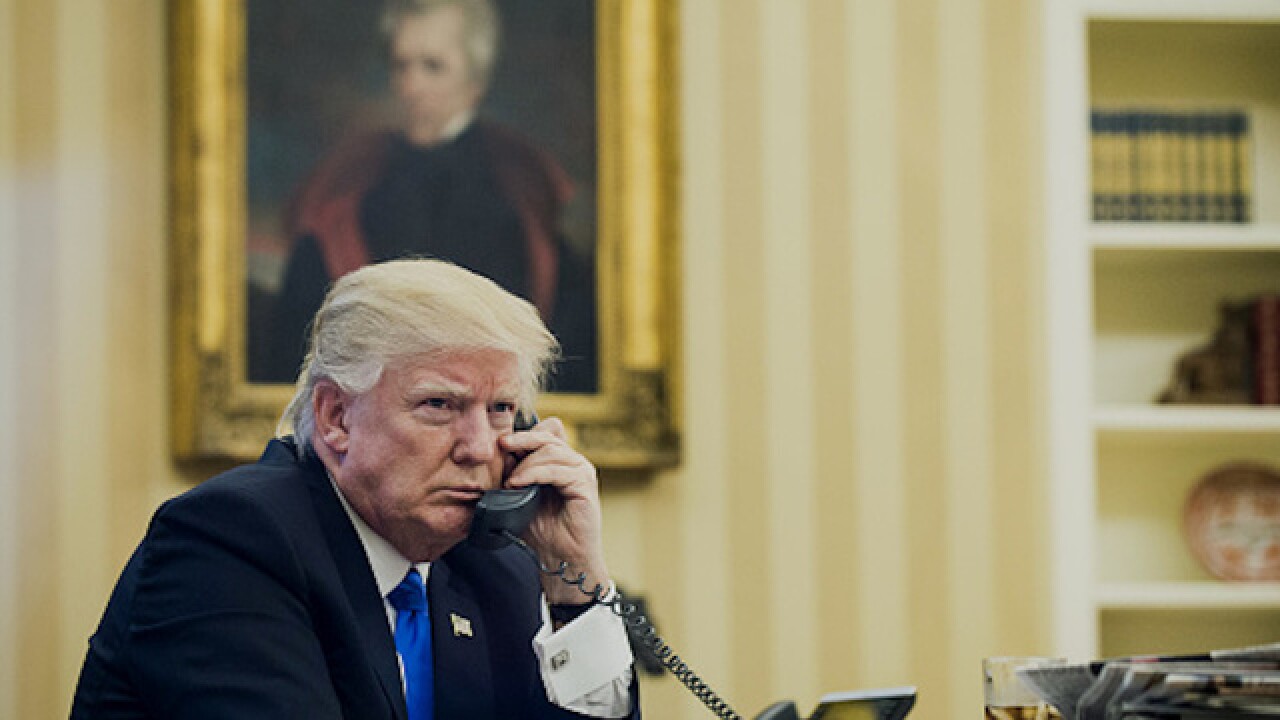 WASHINGTON (CNN) -- President Donald Trump on Thursday didn't appear to be in the mood to ease tensions with the Australian Prime Minister, even as his counterpart down under looked to move past a contentious phone call.

Less than an hour after White House press secretary Sean Spicer offered assurances the US would uphold a deal to take in 1,250 refugees from Australia, Trump continued to fume about the agreement, which had sparked the heated conversation with Australian Prime Minister Malcolm Turnbull this weekend.

The President again cast doubt on whether the US would uphold the agreement, while Turnbull scrambled to reassure Australians that Trump had promised in their phone call to honor the agreement, negotiated by the Obama administration.

Trump on Thursday afternoon continued to criticize the refugee deal he argued that countries around the world, including US allies, are "terribly taking advantage" of the US.

"I just said, 'Why?'" I just wanted to ask a question," Trump said describing his call with Turnbull on Saturday, which had been scheduled for an hour but ended after 25 minutes when Trump became frustrated.

Earlier in the day, Trump referred to reports of combative conversations he had with Turnbull and the Mexican president over the weekend as "tough."

The Australian Prime Minister, meanwhile, took to the radio Thursday morning to debunk reports that Trump had hung up on him to end the contentious call, though he would not divulge other details of the conversation.

"As far as the call is concerned, I'm very disappointed that there has been a leak of purported details of the call in Washington," he said in a radio interview with 2GB's Ben Fordham. "But I want to make one observation about it. The report that the President hung up is not correct. The call ended courteously."

The White House, for its part, did not criticize the leaking of the conversation.

A source told CNN on Wednesday that Trump expressed concern as to how the refugee agreement from the Obama administration would go forward given his executive order the day before temporarily suspending the US refugee program and abruptly ended the call because he was unhappy.

Turnbull also scrambled to assure his constituents that Trump had pledged to honor the deal.

"He committed to honor a deal done by his predecessor that no doubt he would say that he would not have done himself. But he committed to stick to the deal that President Obama has done," Turnbull said in the radio interview. "As far as the nature of the discussion, it was very frank and forthright. I stand up for Australia's interests. I make Australia's case as powerfully and persuasively as I can, wherever I am."

The White House on Thursday appeared poised to try to clean up the diplomatic dustup, as Spicer assured Australia that Trump would honor the deal "out of respect for" the Prime Minister, though he made clear that Trump was "unbelievably disappointed" and "does not like it."

During an unrelated meeting Thursday that reporters attended, Trump described the deal, which would take in asylum seekers held in offshore Australian detention facilities after they were rescued or captured by Australian naval forces, as one that would allow "well over 1,000 illegal immigrants who were in prisons."

"And they though they were going to bring them and take them to this country, and I just said, 'Why?'" Trump said. "We have to be treated fairly also."