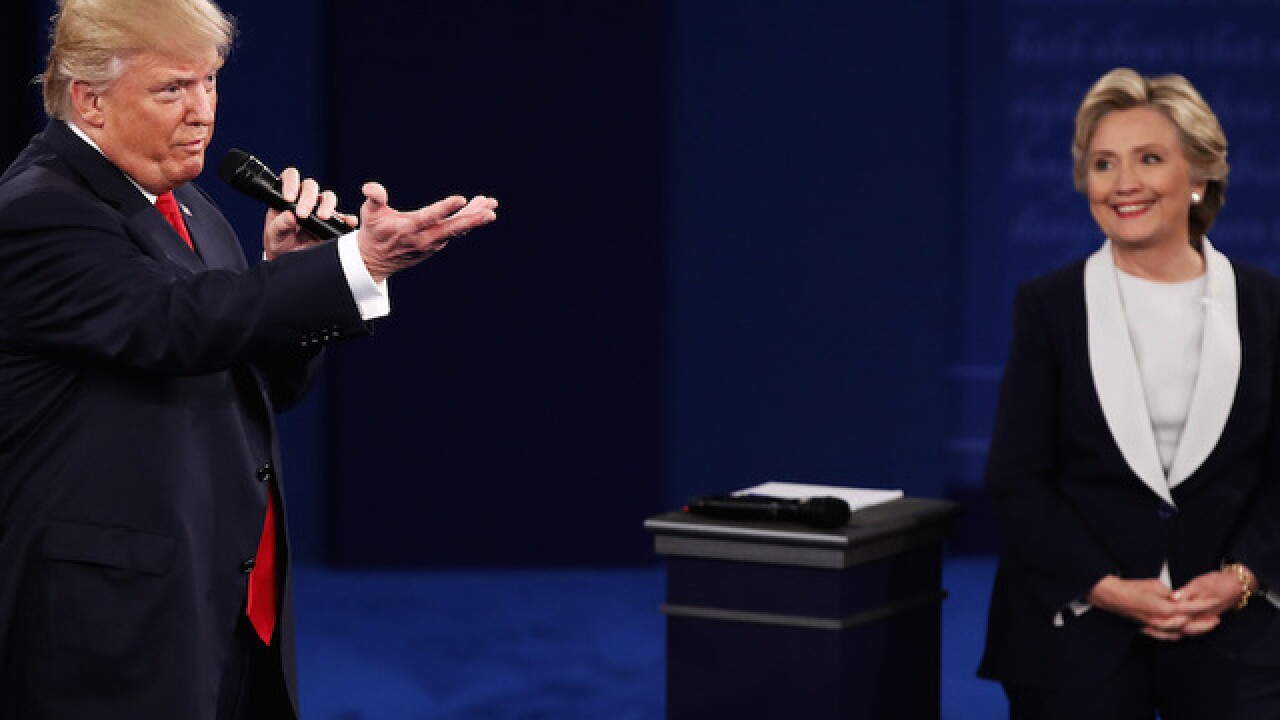 Hillary Clinton and Donald Trump don't agree on much but in a re-edited montage of Sunday's debate, the pair of candidates appear to be in perfect harmony.

A 90-second YouTube video reportedly made by a Dutch TV show hilariously makes it look like Clinton and Trump are singing "(I've Had) The Time of My Life," the beloved duet from 1987's "Dirty Dancing."

Since being uploaded on Monday, the clip has been viewed more than 625,000 times.

Watch Clinton and Trump serenade one another below.