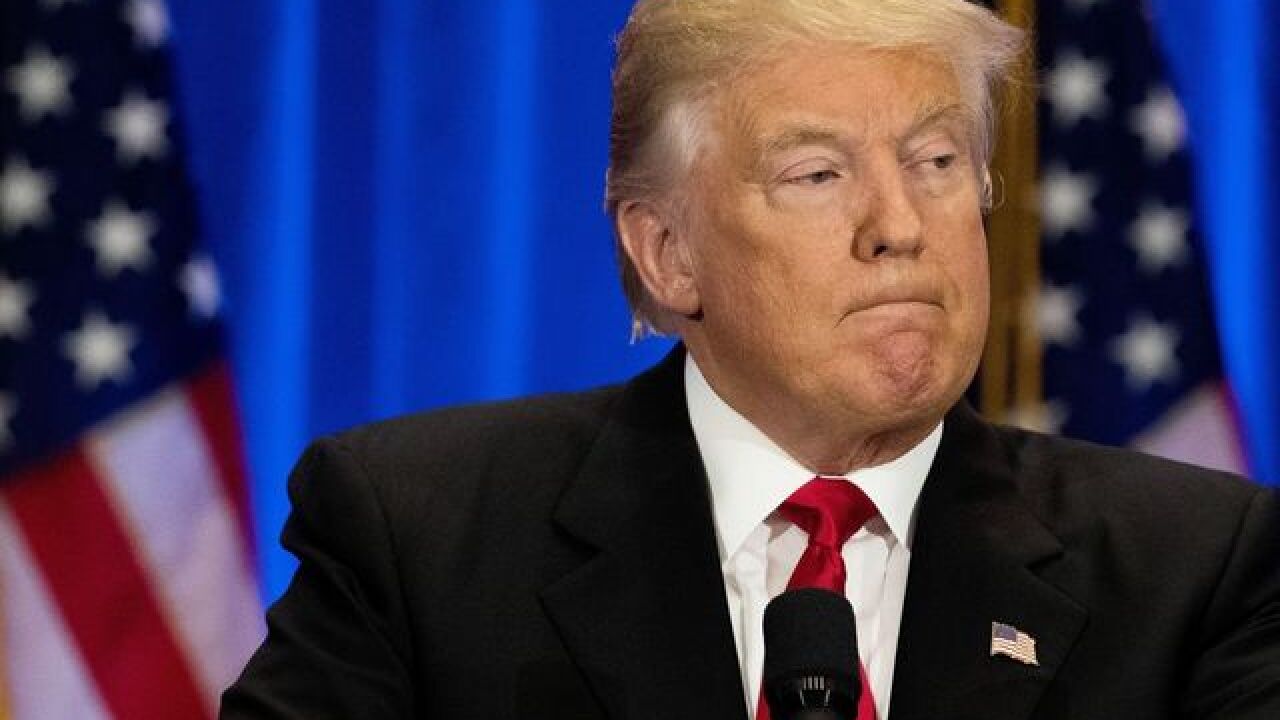 WASHINGTON (AP) — Donald Trump's campaign expenses more than doubled last month, even as the Republican presidential nominee held his payroll to about 70 employees, aired no television advertisements and undertook no significant operational buildout across the country.

Instead, about half of the campaign's $18.5 million in spending was vacuumed up by Giles-Parscale, a web design and marketing firm new to national politics, Federal Election Commission filings show. It's a crossover vendor from Trump's real estate organization.

The campaign paid Giles-Parscale $8.4 million in July, about twice what the San Antonio firm had collected from it over the course of the preceding year. Brad Parscale, the president, is the campaign's director of digital marketing.

The big expense came as Trump put a new emphasis on online fundraising, after paying for his primary run mostly out of his own pocket.

Millions more went to air travel. The campaign paid about $2 million for private jets other than Trump's own TAG Air, which also collected $500,000.

Some Trump's consultants are also well-paid.

Chess Bedsole, the campaign's Alabama state director, was paid $64,000 last month for field consulting. His last campaign payment was for $15,000 in December.

Yet the campaign's payroll remained thin, and there did not appear to be much new in the way of office leases across the country, including in Ohio and other crucial states.

Trump's ex-campaign chairman, Paul Manafort, said this month that the campaign had hired dozens more people, including expanding its team to directors in all 50 states. He said they were all on payroll as of Aug. 1, meaning they won't show up in campaign finance reports until Sept. 20.

Trump has relied heavily on the Republican National Committee for conventional campaign infrastructure. He's boasted of holding the line on his campaign spending. But he's running critically low on time to build an operation that can compete with Democratic presidential nominee Hillary Clinton.

In addition to being ahead of Trump in polls in pivotal states, Clinton has maintained a staff of about 700 for months, opened up offices across the country and already spent $67 million on general election ads. This week, she'll spend at least $10 million more on ads.

Trump made his first ad buy a few days ago, for nearly $5 million in commercials to air across Florida, Ohio, Pennsylvania and North Carolina.

She can afford her higher level of spending, the July campaign finance reports show. Her campaign raised $52 million while his brought in $37 million for the month, including a $2 million contribution from Trump himself.

The candidates also raise money for their parties, enabling them to ask for contributions far higher than the $2,700-per-donor limit to the campaigns. Overall in July, Clinton raised $90 million for her campaign and Democratic partners, while Trump raised $80 million for the campaign and Republican groups.

Trump did bring aboard some new campaign consultants in July.

He paid $100,000 to Cambridge Analytica, a deep-dive data firm that did business with GOP opponent Ted Cruz. Hedge fund billionaire Robert Mercer, who contributed $2 million to a pro-Trump super political action committee in July, is an investor in Cambridge.

Two weeks after the ouster of campaign manager Corey Lewandowski, Trump's campaign cut his firm, Green Monster Consulting, another $20,000 check. That's about the same amount it had paid him each month while he was running the campaign.

At the time of the latest payment, Lewandowski was already on the payroll of CNN, where he is a political contributor.

The campaign valued McIver's time, accounted for as payroll from the Trump Organization, at $356.01.