New storms this year will be named after Greek alphabet 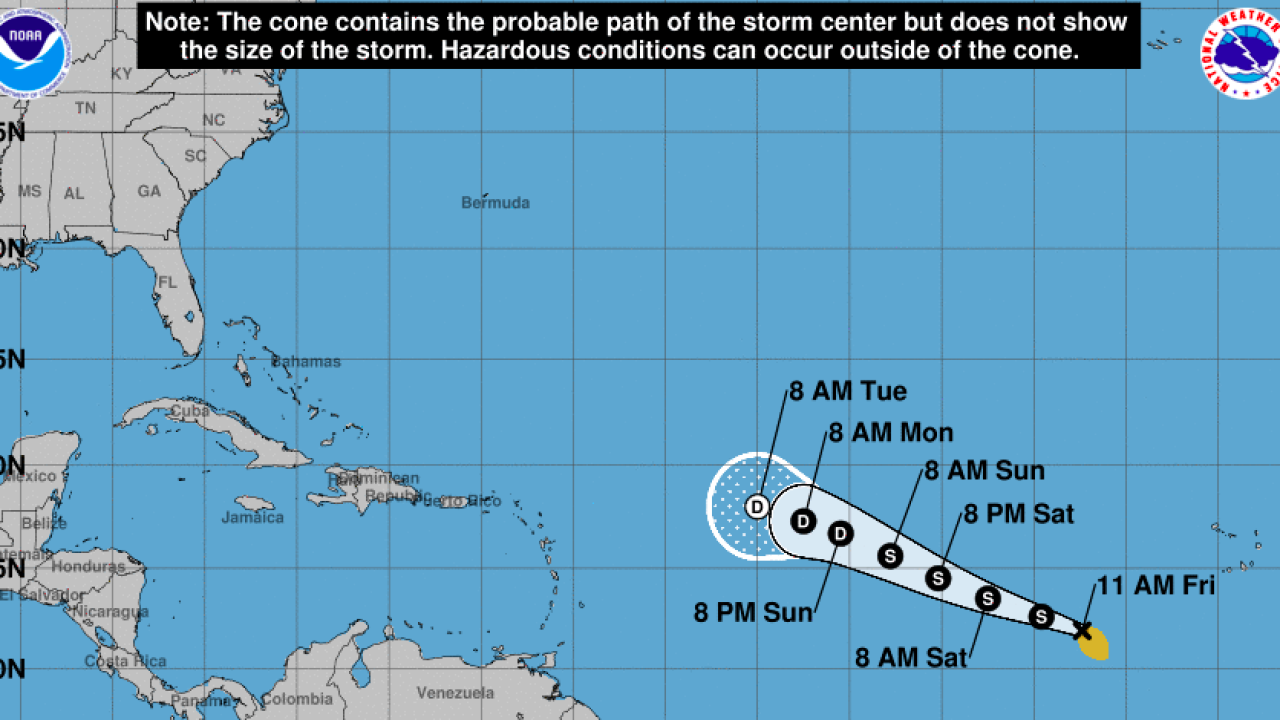 MIAMI (AP) — Tropical Storm Wilfred has formed in the eastern Atlantic, becoming the latest storm in an active hurricane season.

The storm’s maximum sustained winds Friday morning are near 40 mph.

The U.S. National Hurricane Center says slight strengthening was possible during the day but weakening should start over the weekend.

Wilfred was centered about 630 miles west-southwest of the Cabo Verde Islands and was moving west-northwest near 17 mph.

Tropical Storm #Wilfred Advisory 1: Wilfred Forms in the Eastern Tropical Atlantic. Get Out the Greek Alphabet For the Rest of 2020. https://t.co/VqHn0u1vgc

The storm comes amid a very active hurricane season in the Atlantic and “Wilfred” is the last name on the Hurricane Center’s list of storm names for the season.

If there is another tropical storm this season, the names switch to the Greek alphabet and it will be named Alpha. The National Hurricane Center is currently tracking Tropical Depression 22 off the coast of Mexico.