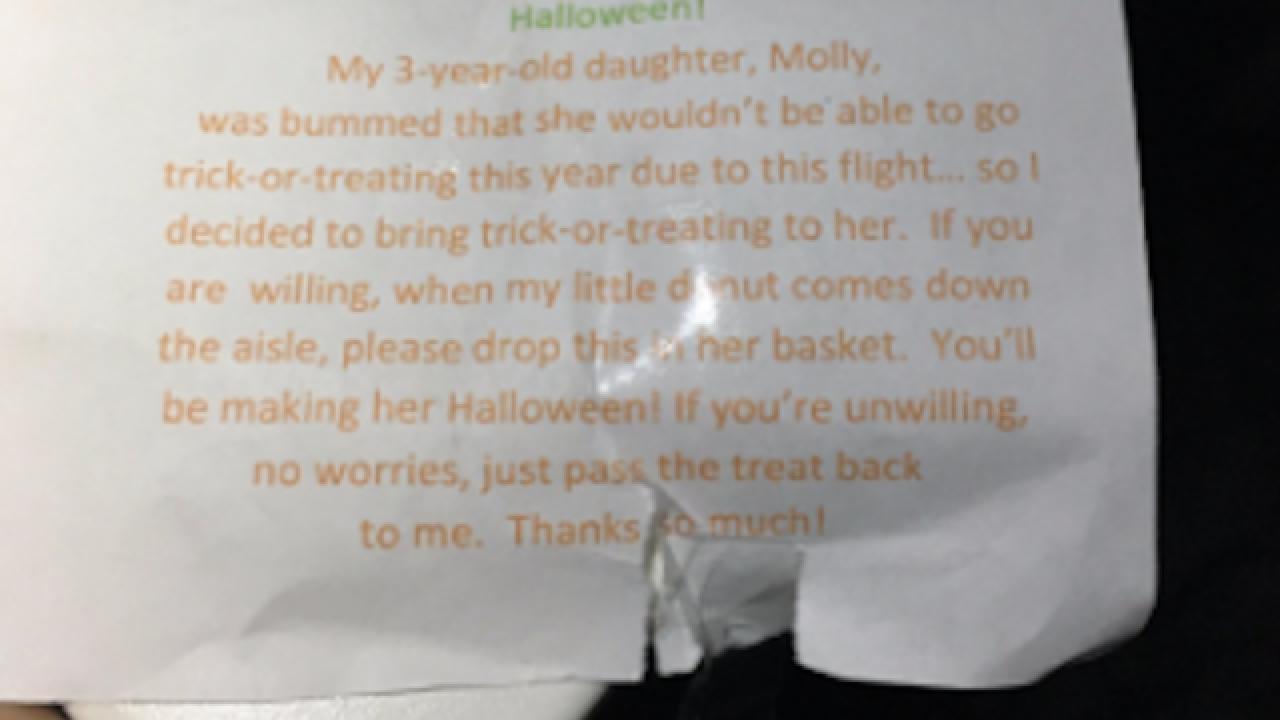 <p>Upset that his daughter had to miss Trick-or-Treating on Monday, one father decided to stage his own Trick-or-Treat at 30,000 feet (Stephanie Kahan/Twitter).</p>

Afraid that his daughter would miss Trick-or-Treat while flying across the country, one thoughtful father went the extra mile to make sure his little girl wouldn’t miss out on the fun.

According to Twitter user Stephanie Kahan, a man went up and down the aisles during a flight from Boston to San Francisco on Monday evening, passing out a printed note along with a piece of candy.

Happy Halloween! My 3-year-old daughter, Molly, was bummed that she wouldn’t be able to go trick-or-treating this year due to this flight… so I decided to bring trick-or-treating to her. If you are willing, when my little donut comes down the aisle, please drop this in her basket. You’ll be making her Halloween! If you’re unwilling, no worries, just pass the treat back to me.

Later, the little girl came down the aisle — dressed as a “Little Donut” — and collected her candy.

The father wished to remain anonymous, but Kahan says that he was “humbled knowing that his gesture was receiving such positive response,” according to CBS News .

OMG, my heart is exploding right now. Dad of the year just passed out candy to everyone on the flight so his 3 year old could trick or treat pic.twitter.com/vfsAcYNrhr