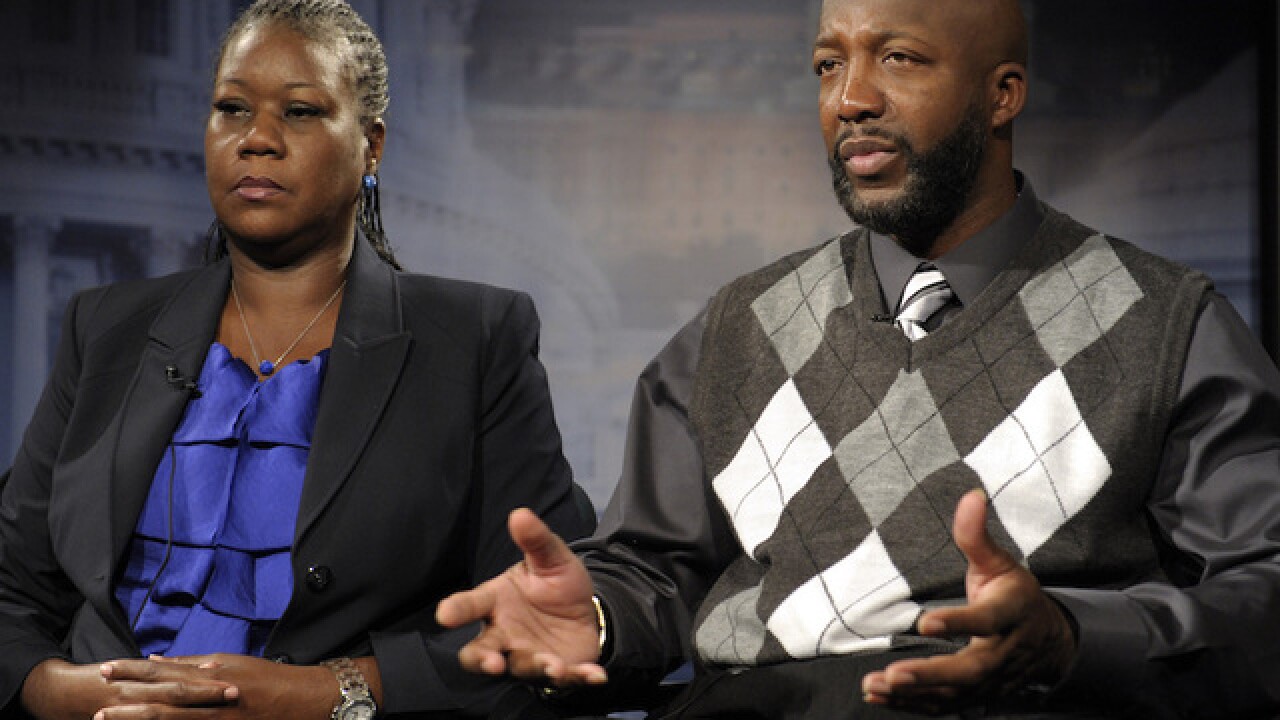 Copyright 2012 The Associated Press. All rights reserved. This material may not be published, broadcast, rewritten or redistributed.
Susan Walsh
<p>In this April 11, 2012 file photo, Sybrina Fulton, left, and Tracy Martin, parents of Trayvon Martin, appear during an interview in Washington. Spiegel & Grau announced Wednesday, Sept. 28, 2016, that it will release “Rest in Power: The Enduring Life of Trayvon Martin, by Sybrina Fulton and Tracy Martin.</p>

Five years after their son was killed by neighborhood watch volunteer George Zimmerman, the parents of Trayvon Martin have released a book.
According to CBS News, Sybrina Fulton and Tracy Martin say they hope “Rest in Power: The Enduring Life of Trayvon Martin” will pay tribute to their son and help others.
Fulton and Martin appeared on "The Daily Show with Trevor Noah" to discuss the book surrounding their 17-year-old son’s death, which sparked nationwide protests and conversations about race relations.
Zimmerman was subsequently acquitted of second-degree murder, and the Justice Department decided not to prosecute him on civil rights charges.
The book reportedly alternates between the parents’ lives before their son was killed and the impact of the teen’s death.
When Fulton and Martin sat down with Noah, the interview took an especially emotional turn when Martin shared a story: Years earlier, Trayvon had apparently saved his life by pulling him from a house fire.
"It hurt knowing that he saved my life for me not to be able to be there February 26 to save his life," Martin said. "He’s my hero and he’s everything to me.
See the full interview below.
Copyright 2017 Scripps Media, Inc. All rights reserved. This material may not be published, broadcast, rewritten, or redistributed.