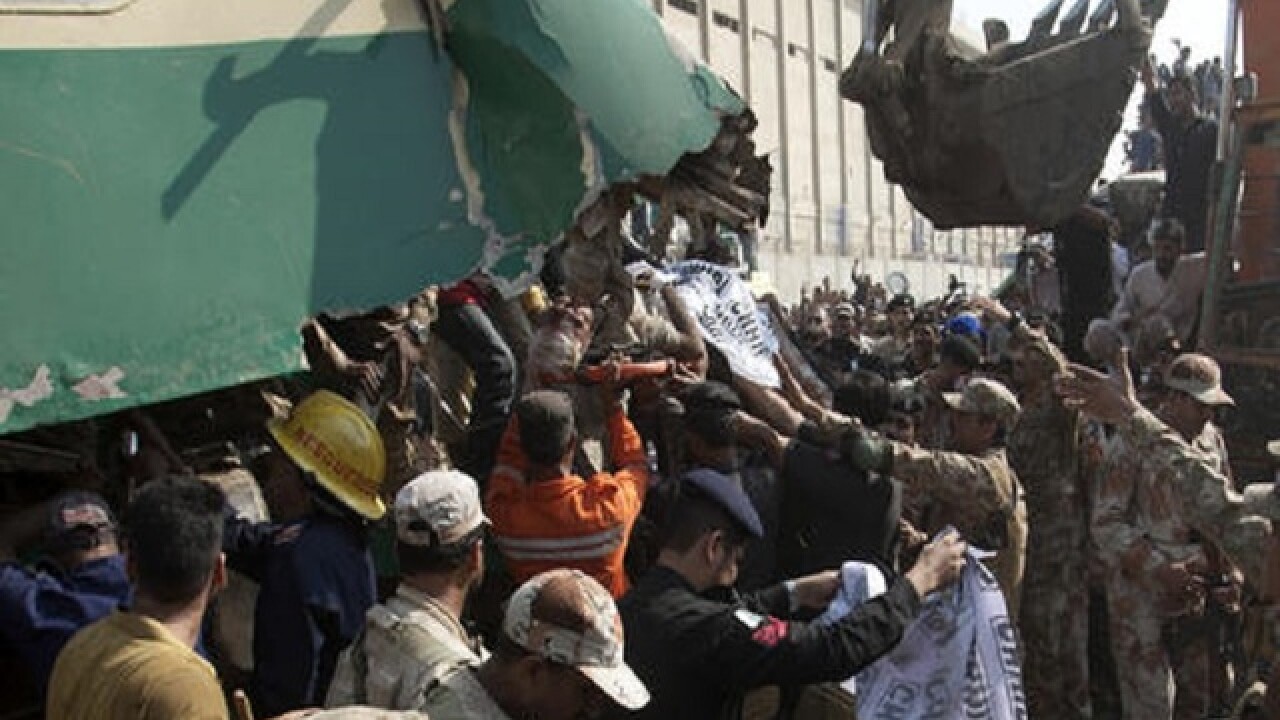 Shakil Adil
<p>People remove an injured passenger from a wreckage of a train collided with another train in Karachi, Pakistan, Thursday, Nov. 3, 2016. Pakistani officials say a train crash has killed dozens of people in the southern port city. (AP Photo/Shakil Adil)</p>

KARACHI, Pakistan (AP) — A passenger train crashed into the back end of another in Pakistan's southern port city of Karachi on Thursday, killing at least 19 people and injuring 50, officials said.
The collision happened in the early morning hours when a train was parked along the rail lines at a small stopover platform on the city's outskirts, said Nasir Nazeer, an official at the Karachi railway.
The driver of the second train, which rammed into the first, likely ignored the rail traffic signal and caused the crash, he said. An investigation was underway, Nazeer added.
Three women and two children were among those killed, said Dr Seemi Jamali at Karachi's Jinnah Hospital, where most of the injured were rushed to. She said that of the injured, five were in critical condition and were undergoing surgery for head injuries.
At the scene of the crash, wreckage of twisted and broken coaches, many turned over on their sides, was spread over a large area, as police and rescue workers were going through the site, searching for more victims of the crash.
Police official Mukhtar Shah said there were fears of a higher casualty toll as bodies still remained trapped in some of the rail cars.
"We're hearing cries, people shouting for help from the wreck," Shah said.
Relatives were frantically searching for their kin at the hospital, many crying. "I can't find my husband," said a woman shown on a local TV's live footage from the hospital.
Pakistan has one of the world's worst rail infrastructures, and has often seen fatal accidents.
Pakistan Railways Minister Saad Rafique ordered an inquiry, and Prime Minister Nawaz Sharif offered condolences for the victims and ordered local authorities to provide their families with all possible assistance.
Copyright 2016 The Associated Press. All rights reserved. This material may not be published, broadcast, rewritten or redistributed.