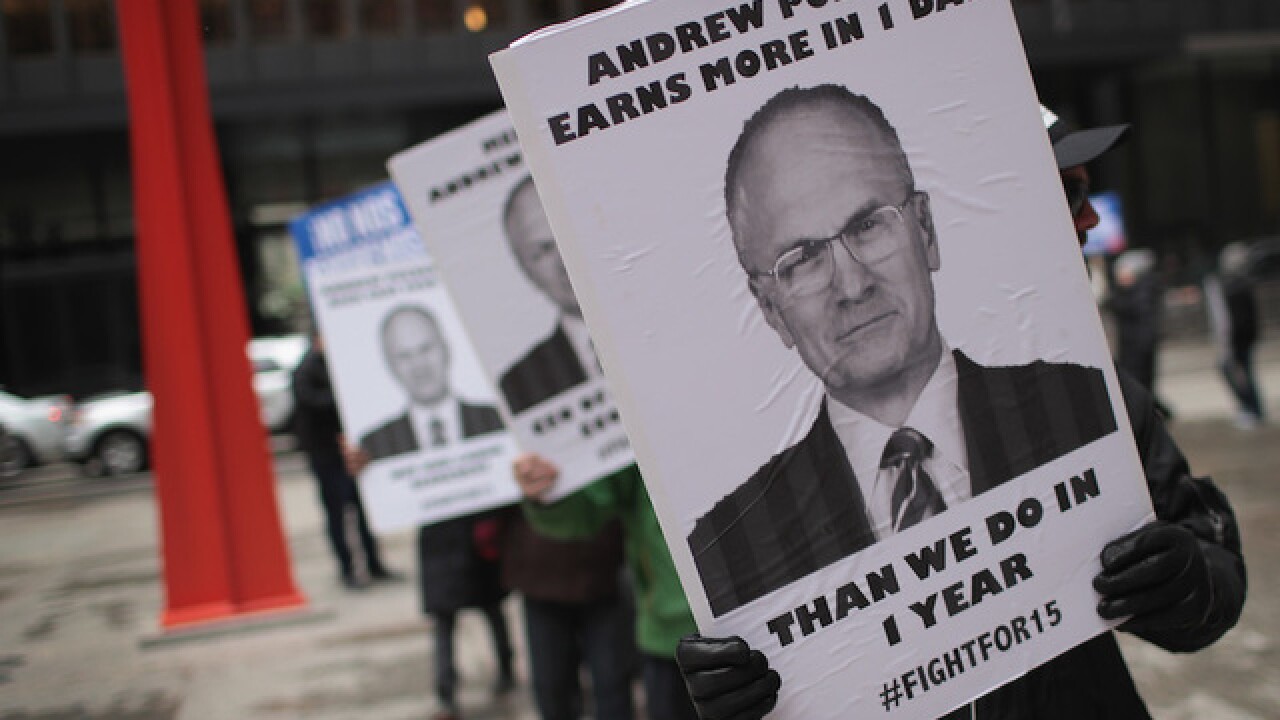 Copyright Getty Images
Scott Olson
<p>CHICAGO, IL - JANUARY 26: Fight for $15 workers protest the nomination of Andy Puzder for labor secretary on January 26, 2017 in Chicago, Illinois. Puzder is currently chief executive of CKE Restaurants, the parent company of Hardee's and Carl's Jr.. The protest was one of more than 30 held nationwide. (Photo by Scott Olson/Getty Images)</p>

The decision came as Senate Republicans told the White House he was losing support, a senior GOP source said, adding there were four firm Republican no votes and possibly up to 12.

Puzder needs at least 50 votes to pass with the tie-breaking vote of Vice President Mike Pence, and Republicans only hold control of 52 seats.

Puzder, the CEO of the company that owns the Hardee's and Carl's Jr. fast food chains, has faced fierce opposition mostly from Democrats in part related to his position on labor issues as well as the fact that he employed an undocumented housekeeper.

Senate Democratic Leader Chuck Schumer fanned the flames behind the opposition to Puzder in a statement Wednesday afternoon.

"No matter how you cut it, there is no worse pick for labor secretary than Andrew Puzder, and I'm encouraged my Republican colleagues are starting to agree," the New York Democrat said. "He does not belong anywhere near the Labor Department, let alone at the head of it. Puzder's disdain for the American worker, the very people he would be responsible for protecting, is second to none."