Thousands of Skittles end up on an icy road 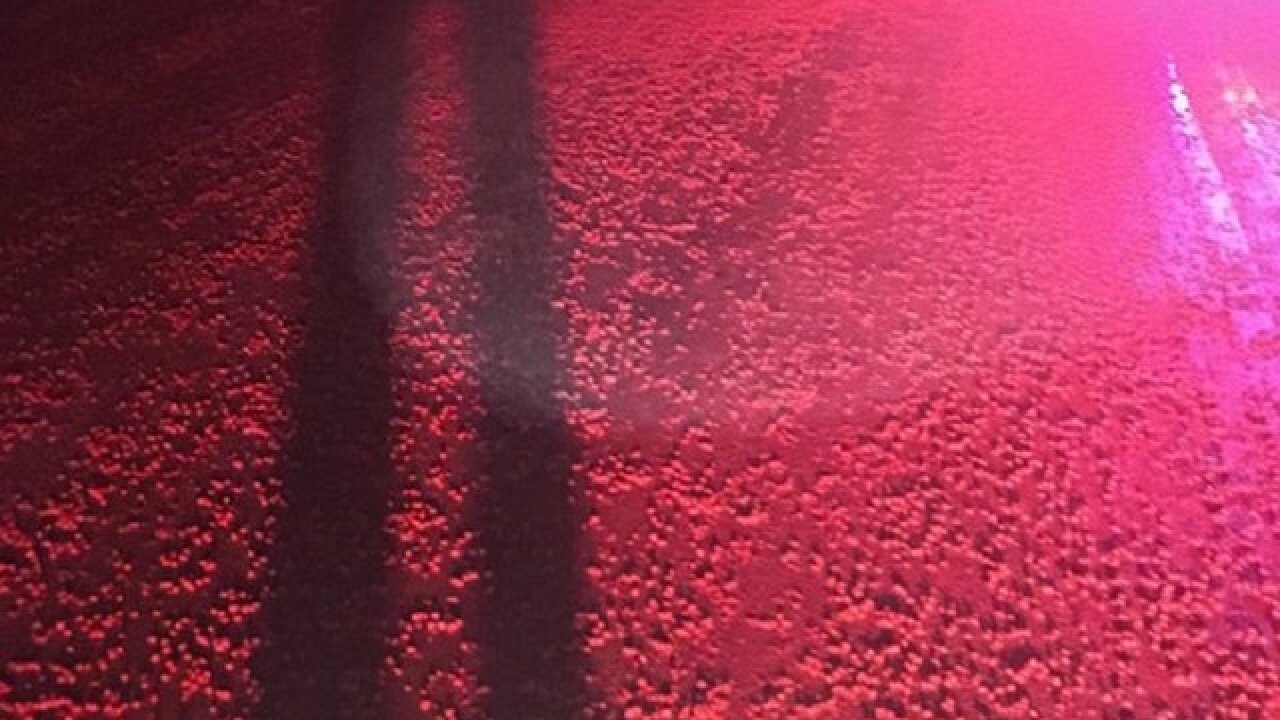 CNN
Dodge County Sheriff's office
<p>his story starts out about Skittles but ends up being about cows.A rural county in southeast Wisconsin had a sweet, sticky mystery along a highway earlier this week. Hundreds of thousands of red Skittles were found spilled on a road in Dodge County.</p>

(CNN) -- This story starts out about Skittles but ends up being about cows.

A rural county in southeast Wisconsin had a sweet, sticky mystery along a highway earlier this week. Hundreds of thousands of red Skittles were found spilled on a road in Dodge County.

"There's no little 'S' on them, but you can definitely smell, it's a distinct Skittles smell," Dodge County Sheriff Dale Schmidt told CNN affiliate WISN.

No one knew where the candy came from or where it was going, but county road crews said the Skittles spill was actually helpful, as the roads in the area have been icy the past couple of days and the thousands of little candies improved traction.

So that's one unexpected silver lining from that mishap.

But the story gets better.

The sheriff's department later found out that the Skittles fell off a truck that was hauling the red candies to be used as cattle feed.

Yes, they're feeding candy to cows -- and they've been doing it for years.

A former farmer told CNN affiliate WBAY that candy makers and bakeries often sell rejects to be used as cattle feed because they provide "cheap carbs."

The practice goes back decades, but it picked up steam in 2012 when corn prices were surging and cattle farmers were looking for a cheaper way to keep their cows and other livestock fed.

"(It) is a very good way for producers to reduce feed cost, and to provide less expensive food for consumers," said Ki Fanning, a livestock nutritionist with Great Plains Livestock Consulting, told CNNMoney at the time.

OK, fine, but is mixing in castoff candy, cookies or ice cream sprinkles in the hay fed to livestock healthy for them? (And for us, since we eat them?)

"I think it's a viable (diet)," John Waller, an animal science professor at the University of Tennessee, told Live Science. "It keeps fat material from going out in the landfill, and it's a good way to get nutrients in these cattle. The alternative would be to put (the candy) in a landfill somewhere."

Skittles for cows was a shock to folks up in Wisconsin who saw the sheriff's department Facebook post about the roadway spill.

Some were outraged about it.

"Absolutely gross!" wrote one commenter. "Why are we ok with feeding cows Skittles to fatten them up. Know where your meat comes from people. I hope you're all learned something from this."

But another commenter considered the advantages.