The Week Ahead: Flooding, ISIS and new classics 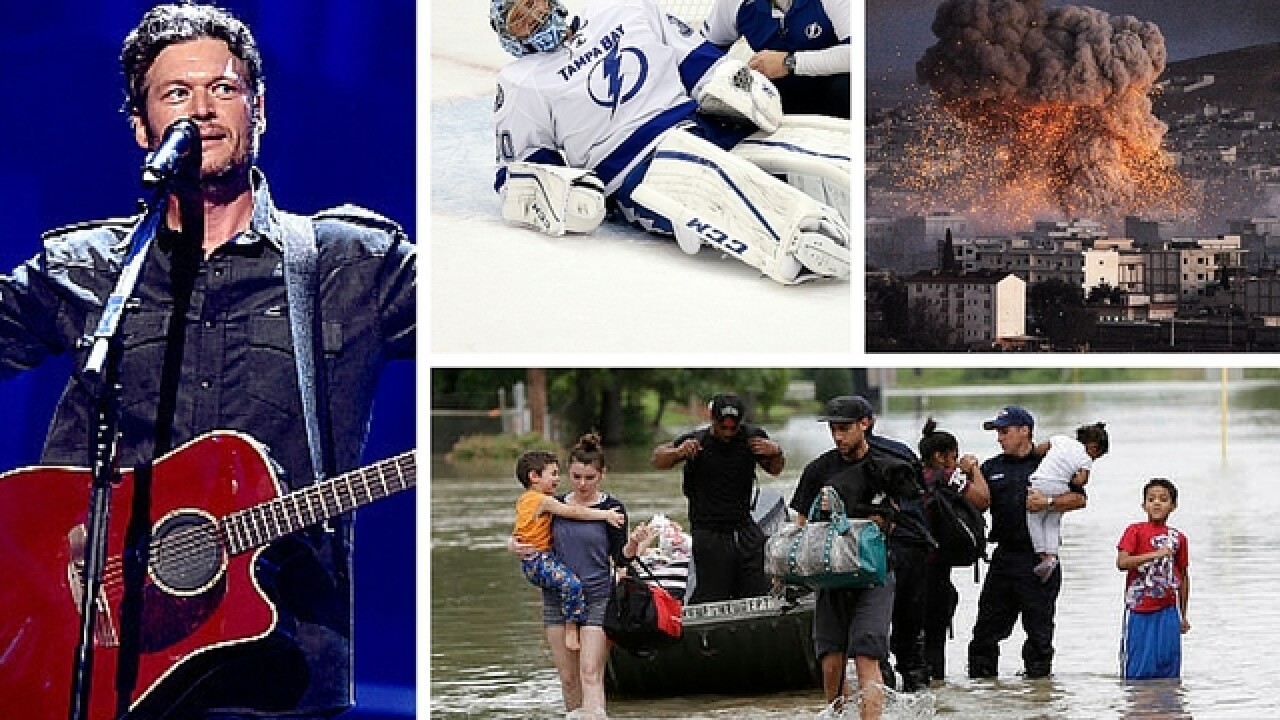 On Saturday, the Western world was surprised to learn that the Islamic State had declared a state of emergency in its capital city of Raqqa, as they prepared for possible airstrikes and ground attacks from Iraqi troops. The reports appeared to signal to the Western world that cracks in ISIS’ foundation were beginning to crumble.

However, ISIS responded with two attacks on Saturday night: A militant-style attack on a natural gas plant near Baghdad, and a suicide bombing in southern Yemen.

Will the status quo continue, or is ISIS really on the verge of a total collapse?

WEATHER
Spring has not been kind to southern Texas. Last month, the Houston area received nearly a foot of rain in a 24-hour span, causing widespread flooding and thousands of dollars in damage.

Those historic rains are slated to return this week. Areas of Texas have already received more than five inches of rain over the weekend, and heavy rains are expected to continue throughout the week.

POLITICS
Bernie Sanders picked up another win last week in West Virginia, but as has been the Vermont senator’s problem throughout the primary process, it wasn’t enough to significantly put a dent in HIllary Clinton’s large lead. This week, Sanders is again expected to do well in both Kentucky and Oregon, but time is running out. When including superdelegates, Clinton needs just 143 delegates to clinch the Democratic nomination.

SPORTS
NBA
The Heat and Raptors are set to square off in Game 7 of their Eastern Conference Semifinal series on Sunday. Both teams are hungry for a win, but they may not stand much of a chance against the awaiting Cleveland Cavaliers. The Cavs have won all eight games they’ve played in the 2016 playoffs, and shot 50 percent from beyond the arc in their last round against the Atlanta Hawks.

Meanwhile, the Thunder shocked the league last week by putting away the vaunted San Antonio Spurs in six games last week. But as good as they looked in the second round, they’ll have to play even better to take down Steph Curry and the Golden State Warriors in the Conference Finals.

NHL
The conference finals got started on Friday, and while the Tampa Bay Lightning picked up a series-opening win against the heavily favored Pittsburgh Penguins, it came at a heavy price. Starting goalie Ben Bishop, who has been stellar through the first two rounds of the playoffs, was carted off the ice with a knee injury early in the Lightning’s 3-1 win.

Though Bishop is listed as day-to-day, on the injury report, it still remains to be how effective he will be when he gets back between the pipes.

MUSIC
If you’re a fan of the classics, then you’re in luck. Bob Dylan and Eric Clapton are slated to release new albums on Friday, along with Mudcrutch and frontman Tom Petty.

But don’t worry young’ns, there’s some new music coming for you, too. Arianna Grande is slated to release her third album, “Dangerous Woman” featuring the lead single of the same name.

Also, Blake Shelton is set to debut his new album “If I’m Honest” later this week. The record is his first since his high-profile divorce with Miranda Lambert and subsequent relationship with Gwen Stefani.

MOVIES:
Neighbors 2
Seth Rogen's latest film is a sequel to his 2014 hit, but this time it’s the ladies’ turn to horrify the neighbors.

Angry Birds
How many hours have you spent playing “Angry Birds” over the last few years? Think you could spare another two hours?

The Nice Guys
Russell Crowe and Ryan Gosling team up in an action detective film that has all the funk of the late 1970s.