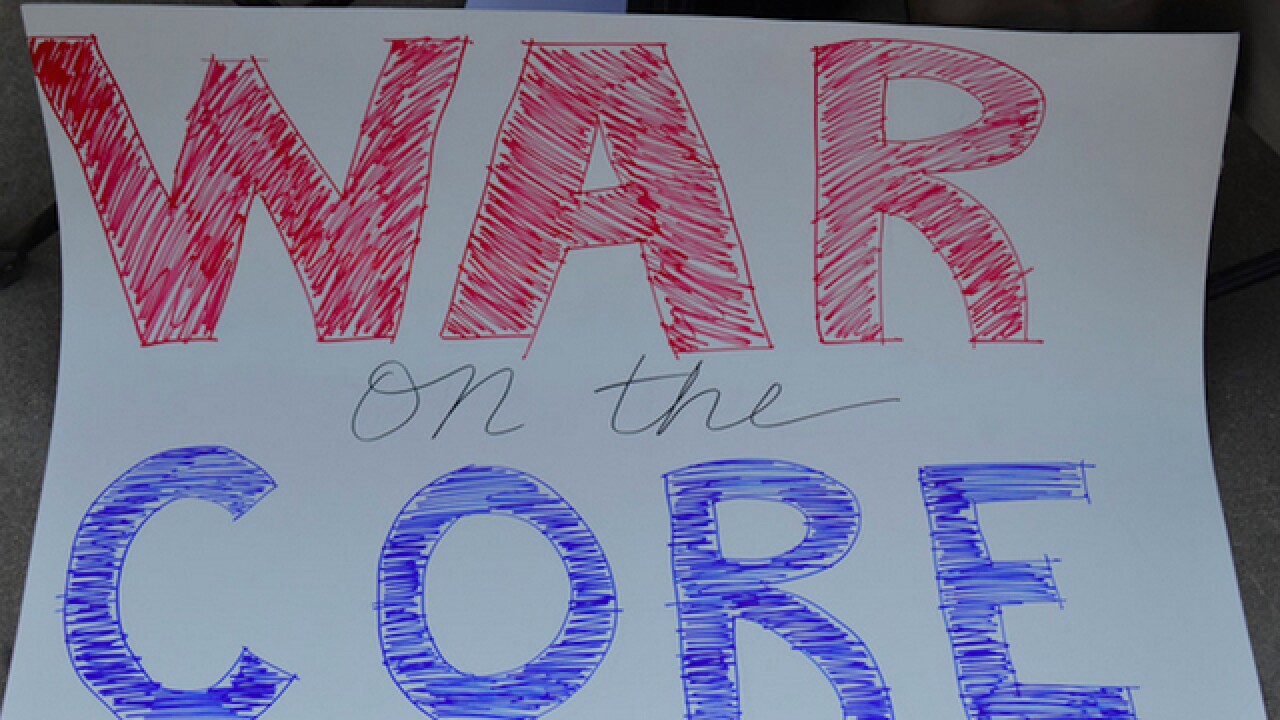 Beginning in 2010, mathematics and English language arts standards, called the Common Core State Standards, were adopted in 45 of 50 U.S. states.

The Common Core Standards represent a substantial change from what was in place before. They are not just national (nearly) in scope, but also their content differs considerably from prior state standards.

This story originally appeared on TheConversation.com

Initially, this change was welcomed by a majority of the public. But more recent polls show a growing opposition to the standards. This opposition has been joined by several conservative groups and, more recently, by Republican presidential candidates.

More recent polls indicate that a large percentage of Americans still know very little about Common Core standards. And quite alarmingly, often what they know is incorrect.

We are researchers leading a research initiative — Center on Standards, Alignment, Instruction, and Learning (C-SAIL) — that has been studying the implementation and effects of these and other new standards adopted across the U.S.

Here is what you need to know about the Common Core.

Why Common Core? And why the worry?
Historically, the education system in the United States has been remarkably decentralized. Educational governance and funding have primarily been a state and local issue, with about 90 percent of the funds and the vast majority of the policies coming from these levels.

Unlike many other countries, the U.S. does not have national content standards (documents indicating what students are supposed to know and be able to do at particular grade levels).

While there have been numerous efforts to develop a national curriculum, these have repeatedly failed due to political backlash.

Recognizing the failure of previous efforts, several groups came together in 2008-2010, funded by private philanthropies, to develop common standards that could be used across states.

As the standards have been adopted and implemented, however, opposition has arisen.

Perhaps the biggest Common Core controversy has to do with a perceived federal role in the adoption of these standards. Conservative groups in particular have voiced this objection. Most Republican presidential candidates have opposed the standards due to this reason.

It is important to note that the Common Core standards were not developed by the federal government, nor were states required to adopt them.

It is true, however, that President Obama’s administration did encourage states to adopt the standards when it created a program called Race to the Top that offered states extra funding in exchange for developing education reform agendas and policies.

In particular, states received more points in the scoring of their grant applications if they had adopted Common Core.

It is not clear how many states would have adopted the standards without this incentive.

Testing students, curriculum
Another major controversy has to do with the new standardized tests that states have adopted to measure student mastery of the Common Core standards.

Prior to Common Core, each state had its own state-specific assessments in each subject under the federal No Child Left Behind law. State assessments were also viewed by many as low-quality and poorly aligned with state standards.

After the adoption of Common Core, two testing consortia were funded by the federal government – Partnership for Assessment of Readiness for College and Careers (PARCC) and Smarter Balanced Assessment Consortium. Almost all Common Core states joined one of the consortia, but over time the number of states involved in the consortia has decreased as states have decided instead to create their own tests.

These tests have also been criticized by the teachers’ unions and anti-test groups who say the tests are too long and too challenging.

While the new consortium tests are indeed somewhat longer than other assessments, and while the level of difficulty is higher, recent reviews suggest these tests are indeed high-quality. These new tests measure the content in the Common Core standards better than the state tests they have replaced.

Finally, the standards have been criticized for some substantive reasons as well.

These concerns generally neglect to note that the standards call for students to master both traditional algorithms and more conceptual approaches to mathematics.

Others have criticized the expectation in the Common Core that kindergarteners be able to read. Proponents note that standards are, by definition, merely goals, and that of course no kindergartner is required to learn reading if (s)he is not ready.

And finally, some object to the expectation that the majority of high school texts be informational (i.e., nonfiction), rather than literary.

However, the fact is this expectation applies to reading materials across all subjects, not just English language arts.

What are states doing?
While opposition to the standards has grown, the degree of opposition varies considerably from state to state.

In New York, for instance, protests have been strong, with controversies about testing and teacher evaluation; whereas in California, where implementation has been slower and there has been little accountability, opposition is weaker.

Because of growing opposition, Indiana, South Carolina and Oklahoma have repealed the standards and others have renamed or tweaked them.

In states that have either repealed or tweaked the standards, it is too soon to tell how similar or different the new standards are – that would require carefully and systematically analyzing the new and the old standards.

Still, researchers have found that a large number of teachers and administrators are receiving professional training on the new standards. And this might already be having an effect on instruction.

For instance, one study found that more than 80 percent of English teachers had increased the number of writing assignments where students are expected to use evidence to support their arguments (a hallmark of writing under the Common Core).

In general, educators remain enthusiastic about the standards and their ability to improve outcomes for children.

Certainly there are implementation challenges – some of these are political, and others are more substantive. For example, this same study reports that teachers are challenged to identify quality materials to help them implement the standards.

The truth is, whatever happens in the presidential elections, these standards are likely to remain in place for quite some time. We hope that our work will help build support to improve that implementation moving forward.