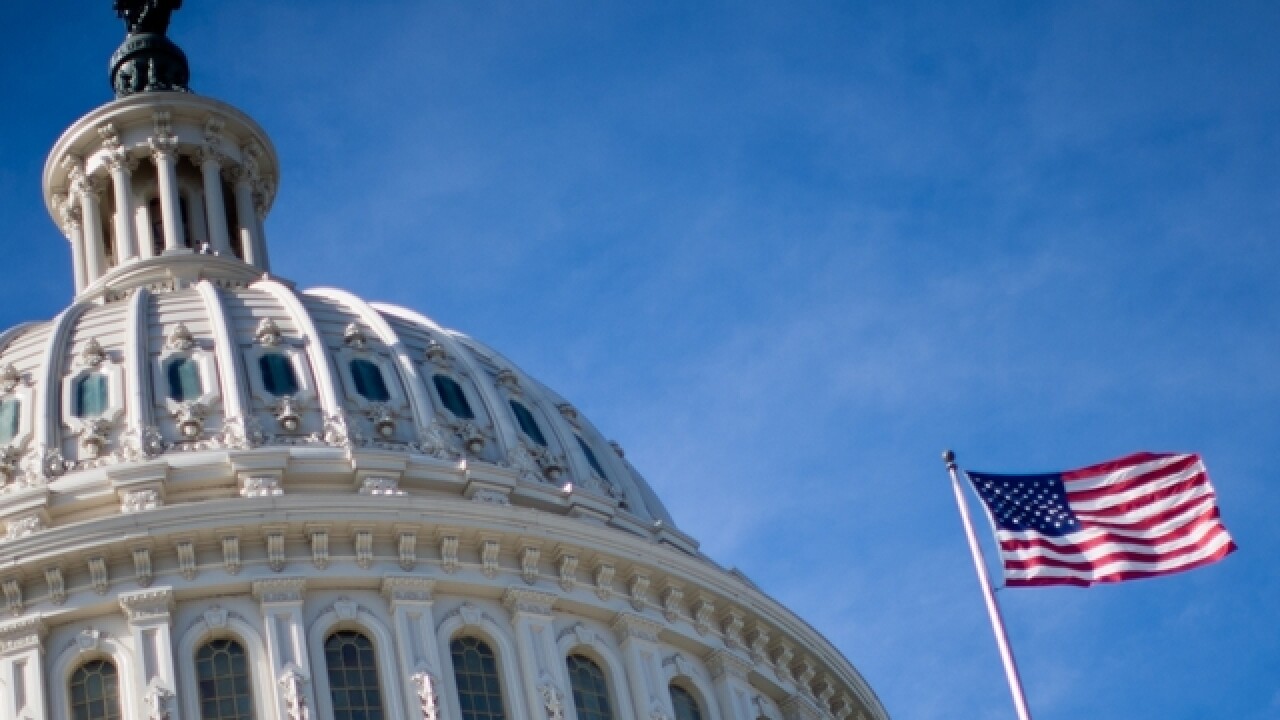 By: CNN
Posted at 9:22 PM, Feb 07, 2017
(CNN) -- The Texas State Senate gave preliminary approval to a bill Tuesday that would effectively abolish so-called sanctuary cities by requiring local police agencies to enforce immigration laws at the request of federal officials.
Under Senate Bill 4, law enforcement in cities, counties and on college campuses would have to hold an arrested person in custody while US Customs and Immigration Enforcement looks into his or her immigration status. If the entities fail to do so, they could be denied state grant money.
Texas State Senators approved the bill along party lines, with 20 Republicans backing it and 11 Democrats opposed. The bill will go through a procedural vote in the Senate Wednesday before heading to the State House.
"Elected officials do not get to pick and choose which laws they will obey," Republican Gov. Greg Abbott said in a prepared statement after the vote. "Today's action in the Senate helps ensure that Sheriffs and officials across Texas comply with federal immigration laws and honor Immigration and Custom Enforcement detainer requests that keep dangerous criminals off of our streets."
The measure comes just days after President Donald Trump signed an executive order that strips sanctuary states and cities of federal funding if they "attempt to shield aliens from deportation."
The Texas bill "is the answer to local jurisdictions picking and choosing what laws they enforce," its author, Republican state Sen. Charles Perry of Lubbock, told CNN. "The rule of law matters, and when you have individuals picking and choosing which laws they implement and how they implement those laws, it just perpetuates instability."
Perry's bill would also allow crime victims to sue local officials who release immigrants that the feds suspect are in the country without proper documents -- if those people go on to commit felonies within 10 years of their release.
It would not permit officers to stop a vehicle or search a home or business "solely to enforce a federal law relating to aliens, immigrants, or immigration," the draft states.
Critics speak out
The bill's critics say it would hurt police relations with immigrant communities by undermining trust in local law enforcement. They worry immigrants will feel less inclined to report crimes and to work with police, fearful they'd be punished for doing so.
Travis County Sheriff Sally Hernandez, a Democrat whose jurisdiction includes the state capital of Austin, attracted praise and criticism after she announced that her office would not hold immigrants for ICE, unless they were arrested for murder, sexual assault or human trafficking, or if federal agents issued a warrant.
"Our community is safer when people can report crimes without fear of deportation," Hernandez said in a statement issued to CNN. "The voters who elected state leaders and me expect and deserve a collaborative effort to come up with solutions to this very complex issue. That is precisely what I'm committed to."
Hernandez's policy, enacted Feb. 1, prompted a showdown with Gov. Abbott, who last week cut $1.5 million in state funding for Travis County.
Bill approved after hundreds testify
A week ago in his State of the State address, Abbott declared banning sanctuary cities in Texas an emergency item for lawmakers this session. The declaration allowed legislators to address Perry's bill immediately, rather than waiting several days.
"Some law enforcement officials in Texas are openly refusing to enforce existing law," the governor said. "That is unacceptable."
SB 4 is now poised to move to the state House, which is set to consider an identical measure, HB 1308.
The State Affairs committee approved the senate version last Thursday after 16 hours of emotional testimony. Hundreds of people signed up to speak in opposition.
"This only instills fear within the immigrant community," said a woman who said she is an undocumented college student, according to CNN affiliate KXAN. "I want my mom to feel safe walking within her neighborhood, I want her to feel safe driving to work and I want her to feel safe when visiting me at my university."
The committee voted shortly before 1 a.m. CT Friday to advance the bill to the full Senate.
Sanctuary cities fight back
On the heels of Trump's order, mayors in several cities have vowed to defend their sanctuary status. Last Tuesday, San Francisco became the first US city to file a lawsuit against it, arguing it exceeds the President's power.
The-CNN-Wire
™ & © 2017 Cable News Network, Inc., a Time Warner Company. All rights reserved.
Copyright 2017 Scripps Media, Inc. All rights reserved. This material may not be published, broadcast, rewritten, or redistributed.