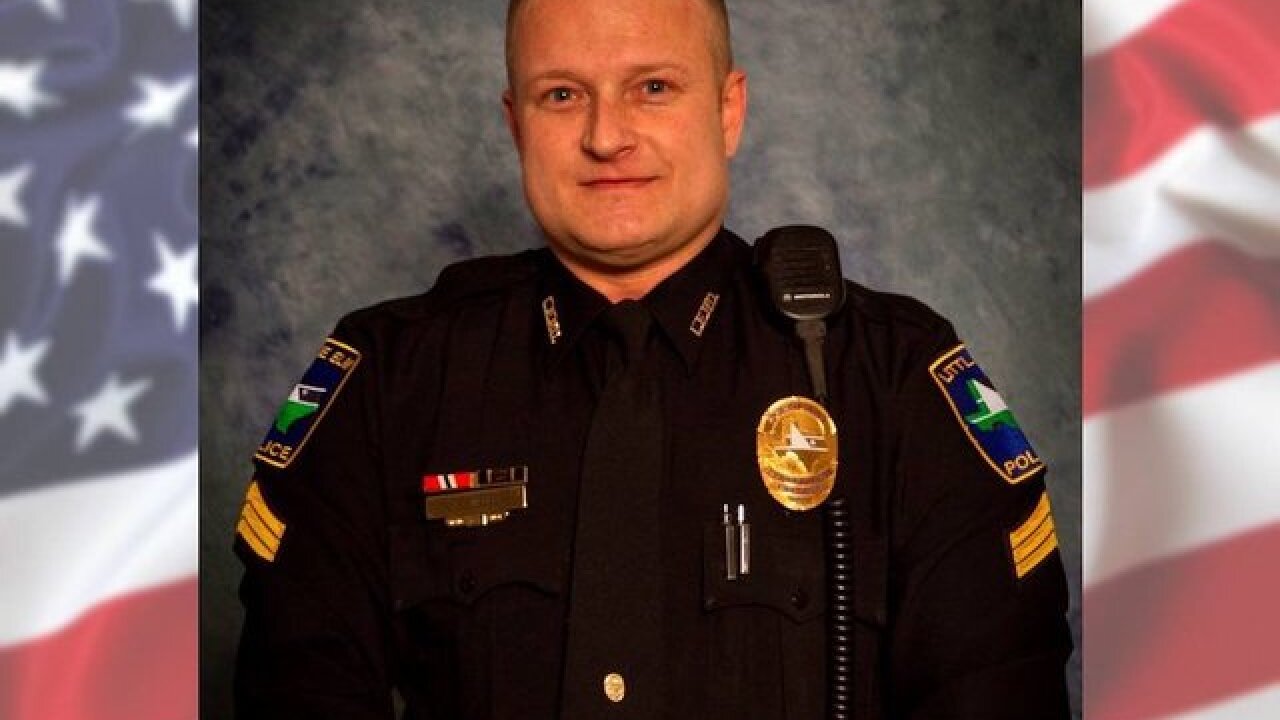 A Little Elm, Texas, police detective died after being shot by a man barricaded inside a residence, the town's police chief said at a news conference Tuesday night. The suspected gunman was later found dead after the hours-long standoff.

Police detective Jerry Walker, along with a group of officers, was responding to an afternoon 911 call of an armed man in a backyard, Little Elm Police Chief Rodney Harrison said.

Officers observed a man with a rifle screaming, according Lt. Orlando Hinojosa. The suspect then ran into the residence, and after a period of talking with officers, began firing his weapon either through a door or window.

Walker, 48, was shot by the suspected gunman, placed in a squad car and transported by helicopter to a local hospital where he later died from his injuries, Harrison said.

Video of Walker's body being transported from the hospital showed dozens of officers and emergency responders lining up and saluting the fallen detective. The song "Amazing Grace" could be heard playing on bagpipes in the background as his body was stretchered into an awaiting car.

Walker is the father of four children. His youngest child is a few months old and the oldest is 22 years old.

The police chief called Walker a model officer, who had served with the Little Elm Police Department since 1998.

"Tonight the Town of Little Elm lost a hero," read a statement on the town's Facebook page.

Little Elm Fire Chief Brian Roach confirmed on behalf of the police chief that the standoff ended after the suspect was found dead. No cause of death was given. The location remains an active crime scene and police will be working through the night.