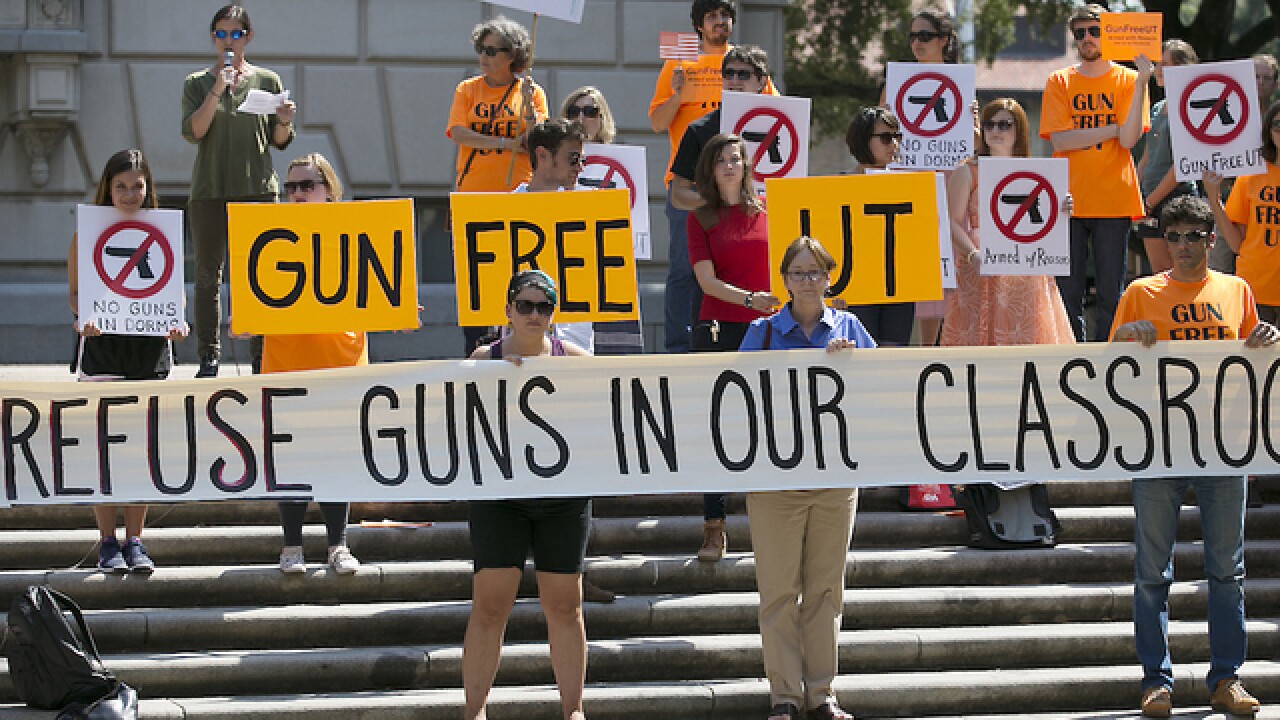 Copyright Associated Press
Ralph Barrera
<p>FILE - In this Oct. 1, 2015 file photo in Austin, Texas, protestors gather on the West Mall of the University of Texas campus to oppose a new state law that expands the rights of concealed handgun license holders to carry their weapons on public college campuses and as of Aug. 1, 2016, they can carry in campus buildings. </p>

Warning: Content in this article may be graphic in nature.

Hundreds of University of Texas students waved sex toys at a campus rally during the first day of classes, protesting a new state law that allows concealed handguns in college classrooms, buildings and dorms.

Organizers said the sex toys were used Wednesday to mock what they consider an absurd notion that guns should be allowed in academic settings. The law took effect Aug. 1.

Students and faculty at the Austin campus fiercely opposed allowing license holders to carry their concealed handguns to class. One prominent dean left the school after the law passed in 2015. Several faculty members attended the rally.

Texas has allowed concealed carry since 1995 but had kept college campuses gun-free until this year.