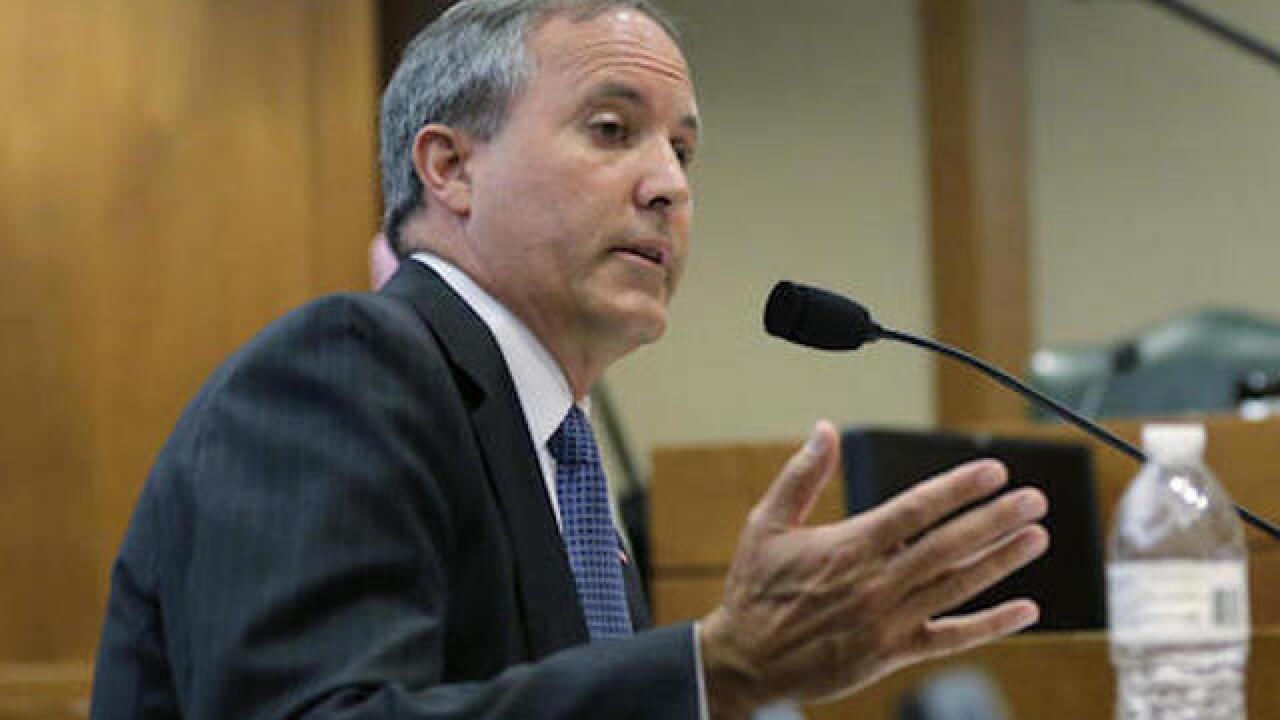 The U.S. Securities and Exchange Commission filed the lawsuit against Paxton and former executives of Severgy Inc. Paxton is already under felony criminal indictment in Texas over allegations that he defrauded wealthy investors in the company in 2011.

Paxton attorney Bill Mateja says he hasn't reviewed the civil federal lawsuit yet but that his client "vehemently denies" any wrongdoing.

The lawsuit filed in federal court in North Texas accuses Paxton of helping raise $840,000 for Servergy and being paid in the form of 100,000 shares of Severgy common stock. Regulators accuse Paxton of not telling investors of his arrangement with the company.

"At no time did Paxton disclose his compensation agreement with Servergy to prospective investors, despite an obligation to do so," the lawsuit reads.