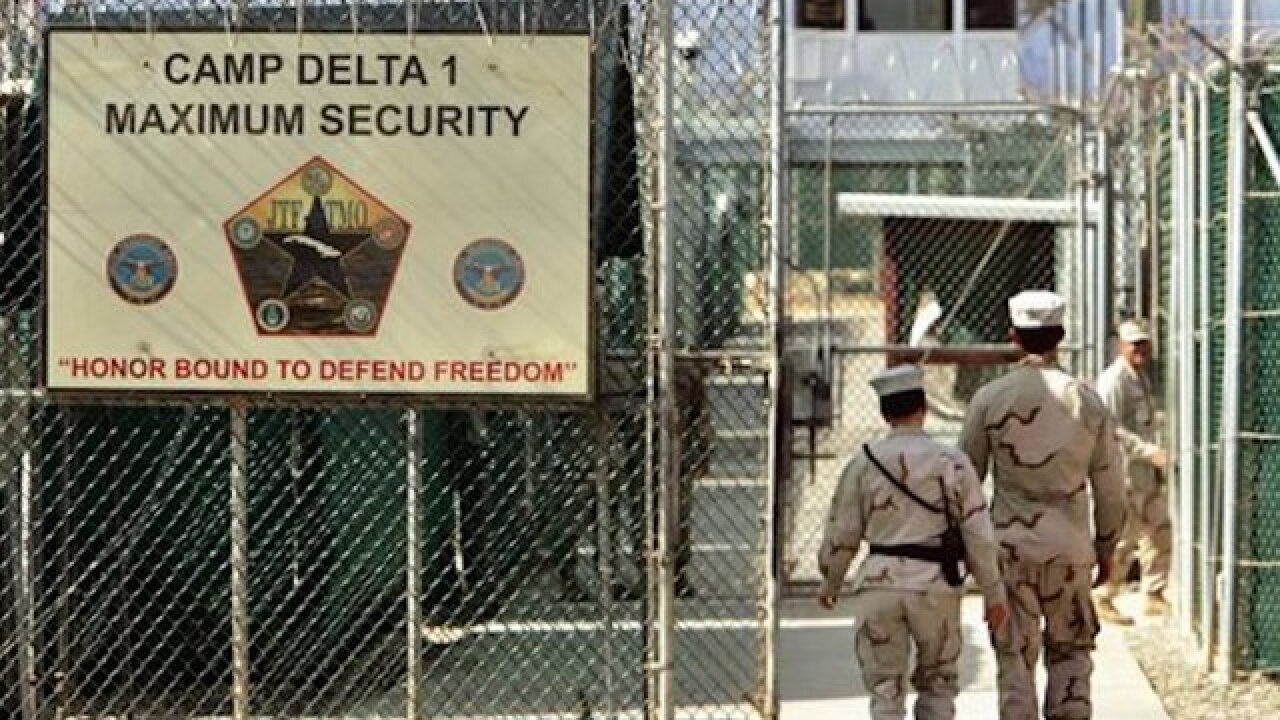 MIAMI (AP) — A Yemeni prisoner at Guantanamo Bay was released and sent to Italy after more than 14 years in custody, the Pentagon said Sunday.

The release of Fayiz Ahmad Yahia Suleiman reduced the number of men held at the U.S. base in Cuba to 78. He was among about two dozen low-level Guantanamo prisoners expected to be released in the coming weeks.

"The United States is grateful to the Government of Italy for its humanitarian gesture and willingness to support ongoing U.S. efforts to close the Guantanamo Bay detention facility," the Defense Department said in a statement.

Military records show Suleiman, who is about 40, was suspected of fighting with al-Qaida against U.S. and coalition forces in Afghanistan. He was never charged, and officials cleared him for release in 2010. But the U.S. does not send Yemeni prisoners to their homeland because of instability there and had to find another country to accept him for resettlement.

The U.S. transferred two Guantanamo detainees to Italy in November 2009.

President Barack Obama has been seeking to close the detention center amid opposition from Congress, which has prohibited transferring detainees to the U.S. for any reason. The administration has been working with other countries to resettle detainees such as Suleiman who have been cleared for transfer after a comprehensive security review.