Ted Cruz: 'Democrats are the party of the Ku Klux Klan' 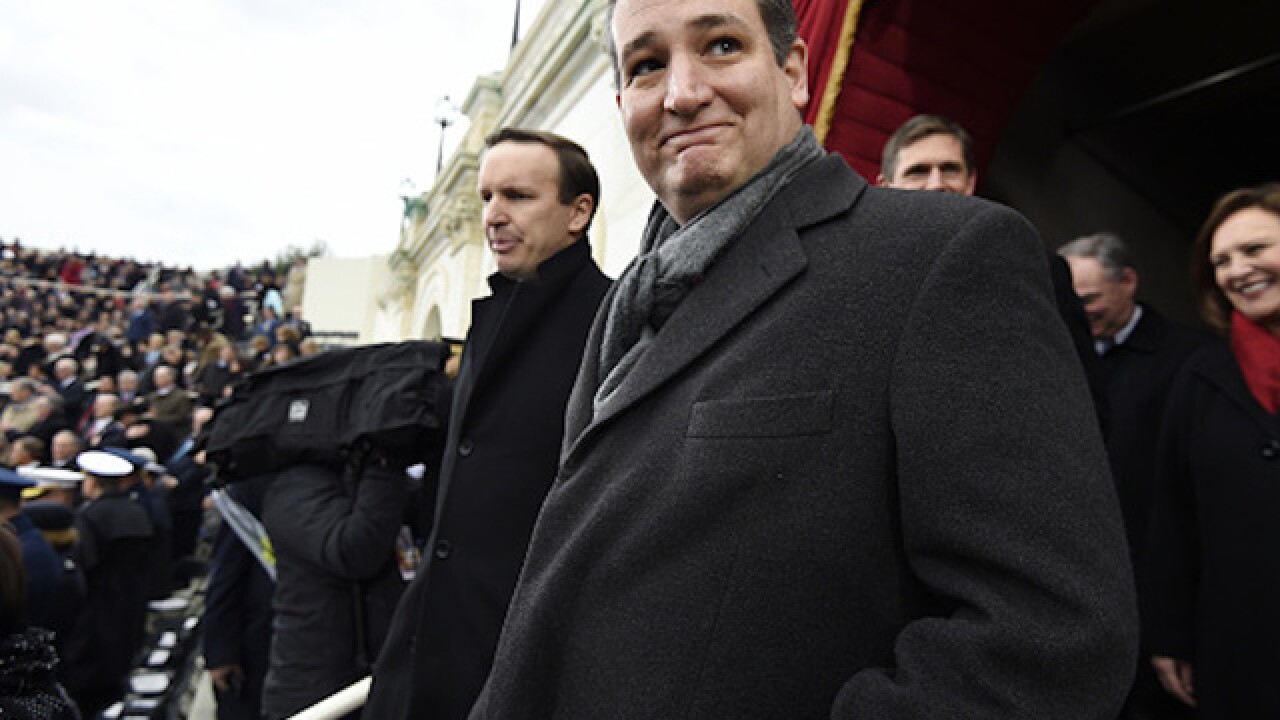 Copyright Getty Images
SAUL LOEB
<p>Senator Ted Cruz, a Republican from Texas, arrives during the 58th presidential inauguration in Washington, D.C., U.S., on Friday, Jan. 20, 2017. Donald Trump will become the 45th president of the United States today, in a celebration of American unity for a country that is anything but unified. Photographer: Saul Loeb/Pool via Bloomberg</p>

During an interview given on Wednesday on Fox News by Sen. Ted Cruz, R-Texas, Cruz claimed that Democrats were falsely accusing Republican senators of being racist, and added that "Democrats are the party of the Ku Klux Klan."

“When the left doesn’t have any other arguments they go and accuse everyone of being a racist,” Cruz said on Fox News, “it is an ugly part of the modern Democratic party.”

Cruz also pointed out Democratic Party's ties to the South before desegregation.

“I’ll point out the Democrats are the party of the Ku Klux Klan," Cruz said. "The Dixiecrats, they were Democrats who imposed segregation, who imposed Jim Crow laws who founded the Klan. The Klan was founded by a great many Democrats. Now the Democrats accuse anyone they disagree with of being a racist.”

Cruz was speaking in response to Senate Republicans ordering Sen. Elizabeth Warren, D-Mass., to sit as she was quoting a letter from Coretta Scott King about Donald Trump's Attorney General nominee Jeff Sessions. Senate Republicans voted that Warren had violated the Senate's Rule 19, which prohibits senators from making impugning comments about a colleague.

Warren's comments came as Democrats spent overnight Tuesday into Wednesday lambasting Sessions and his record. The letter Warren read from was sent from King to Sen. Ted Kennedy as Sessions was being considered in 1986 for a federal court spot.

Sessions ultimately was turned down for the federal judgeship.

“Mr. Sessions has used the awesome power of his office to chill the free exercise of the vote by black citizens," Warren read aloud.

After the Senate reprimanded Warren, Democrats went on the attack Wednesday. Vermont Sen. Bernie Sanders read the letter from King during the Senate's session on Wednesday without any retribution.

This battle is the second spat involving civil rights leaders. A week before Trump was inaugurated, Rep. John Lewis, who worked alongside King's husband Martin Luther King Jr., claimed that Trump's presidency was not "legitimate."

Trump responded by saying that Lewis was, "All talk, no action." The rebuke caused dozens of Congressional Democrats to boycott's Trump's swearing-in ceremony.

Sessions was confirmed in almost a party-line vote on Wednesday to the Attorney General post. West Virginia Democrat Joe Manchin was the lone Democrat to vote in favor of Sessions' nomination.