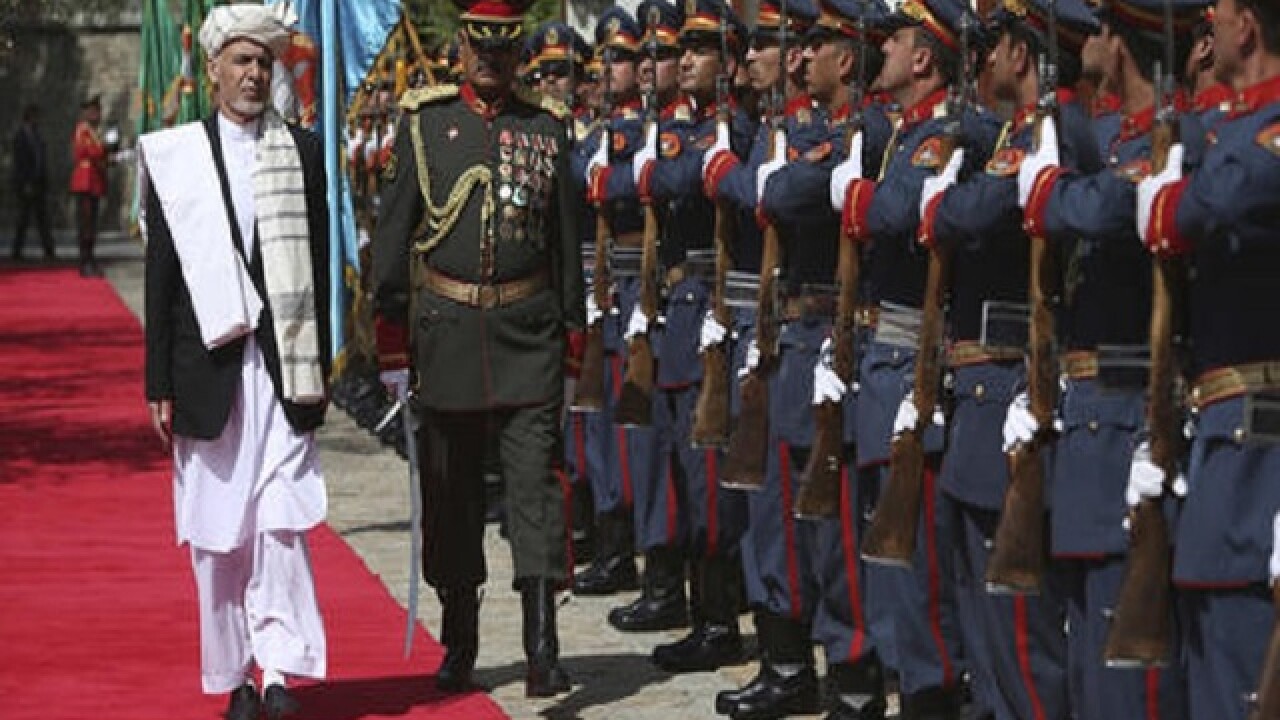 KABUL, Afghanistan (AP) — Taliban insurgents have killed at least 20 Afghan civilians after abducting them in the remote central province of Ghor the previous day, officials said Wednesday.
The slain civilians were from a group of 33 taken by the militants near the provincial capital of Ferozkoh, according to Ziauddin Saqib, the deputy provincial police chief.
The abductions took place while battles were underway between the Taliban and Afghan security forces on Tuesday that saw two militant commanders killed, he added.
Both commanders were infamous figures in Ghor and were involved in many anti-government activities, Saqib also said, adding that the "cowardly insurgents killed innocent civilians in revenge for their commanders killed by security forces."
There was no immediate statement from the Taliban on the incident in the largely lawless Ghor.
However, Abdul Hai Khateby, the spokesman for the provincial governor, said he is convinced the militants behind the attacks and abductions were a renegade Taliban group that had sworn allegiance last year to Afghanistan's Islamic State affiliate.
"The group is former Taliban who just a year ago announced their support to their Islamic State group and changed their white flag to black," Khateby told The Associated Press, speaking over the telephone from Ghor.
The two different statements could not immediately be reconciled. Khateby also said he believed the abductions and killings were in revenge for the deaths of the two commanders.
The civilians who were abducted are all poor people from the area, mainly villagers and shepherds, and there were even children among those taken, said Khateby.
Ghor is one of Afghanistan's poorest and least developed provinces, with many areas outside Ferozkoh, the provincial capital, believed to be under Taliban control.
The Taliban have in recent months stepped up attacks across Afghanistan, taking advantage of the warm weather to wage war against the Kabul government. Many civilians have been caught in the cross-fire and also targeted by roadside bombs, which are among the insurgents' weapons of choice.
Recently, the Taliban have attacked Afghan security forces in northern Kunduz province, briefly taking control of a district headquarters. The militants have also overrun a district in northern Baghlan province and in eastern Paktia province.
Meanwhile, in eastern Nangarhar province, Taliban militants have fought pitched battles with security forces. Afghanistan's Ministry of Defense says its forces are waging operations in 15 provinces.
In July, Kabul was shaken by a massive suicide bombing that struck a peaceful rally by Afghanistan's minority ethnic Hazara community, killing more than 80 people and wounding hundreds. That attack was claimed by the Islamic State group, which emerged last year in Afghanistan as an affiliate of the militant group fighting in Iraq and Syria. Analysts believe the Islamic State affiliate in the country is mostly made up of disenfranchised Taliban fighters.
The Hazara attack was the IS Afghan branch's first assault in the country's capital and the deadliest attack in Kabul since the U.S.-led invasion to oust the Taliban regime in 2001.
Copyright 2016 The Associated Press. All rights reserved. This material may not be published, broadcast, rewritten or redistributed.