Syrian president: Donald Trump can be a 'natural ally' 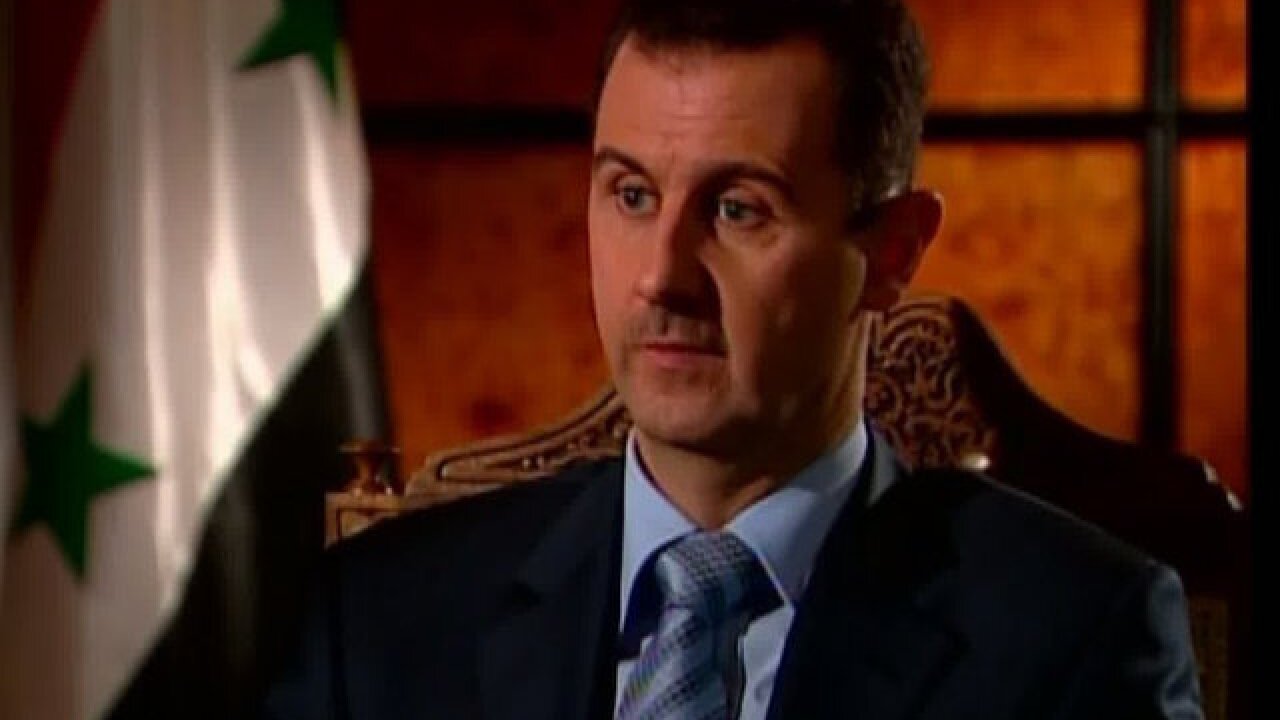 CNN
CNN
<p>President of Syria Bashar al-Assad believes the victorious emergence of Donald Trump could help transform relations between the U.S. and Syria. Assad wants Trump to tackle terror in the Middle East but remains cautious of his chances of acting upon his campaign promises. FILE -- CNN's Cal Perry interviews Syrian President, Bashar al-Assad in Damascus, Syria in Jaunary 2009.</p>

(CNN) -- Donald Trump will become a "natural ally" of Syria if he holds fast to a hard line on terrorists.

That's the view of President of Syria Bashar al-Assad, who believes the victorious emergence of Trump could help transform relations between the two nations.

Assad wants Trump to tackle terror in the Middle East but remains cautious of his chances of acting upon his campaign promises.

"Trump's statements were clear during his campaign in relation to fighting terrorism, nonintervention against states in order to depose governments, as the United States has been doing for decades," Assad said, according to the official translation of the interview released by Syria's state news agency, SANA.

"This is good, but this depends on Trump's will to carry on with this approach, and his ability to do that.

"We know that there are powerful lobbies in the United States which stood against Trump and they will exert their utmost pressure, when he is in office, to push him towards retracting what he said in this area and in other areas as well.

"Otherwise, he will have a confrontation with these lobbies in the Congress, in the Senate, in the media, and in the industrial lobbies which gain from wars, like what happened in Iraq and Yemen recently.

"That's why if Trump was able to overcome all these obstacles and really act against terrorism, I believe that he will be our natural ally and your natural ally. This is what you call for and we call for continuously."

This is not the first time Assad has voiced cautious optimism for President-elect Trump. In November, after Trump's election victory, Assad told Portugal's TV network RTP that Trump would be a "natural ally" if he fights terrorists.