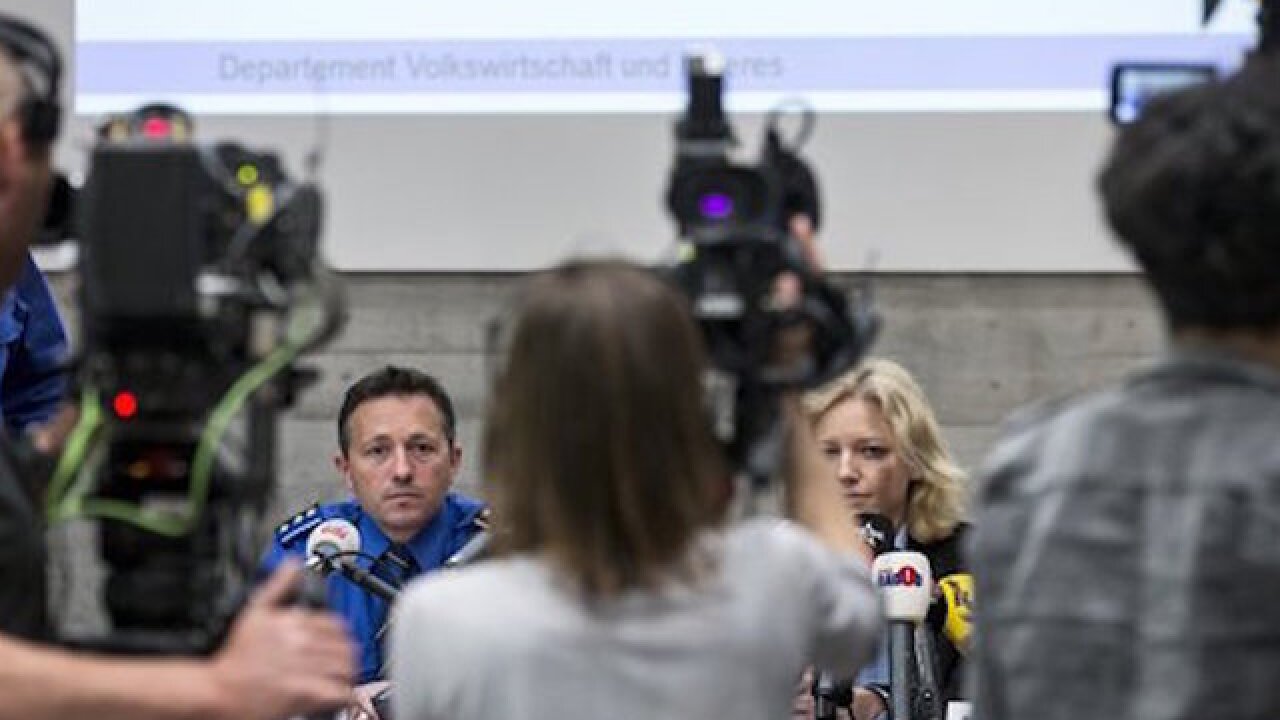 Copyright Associated Press
Alexandra Wey
<p>In this Friday May 13, 2016 picture Ppolice captain Markus Gisin, left, and prosecutor Barbara Loppacher, right inform the media in Schafisheim, Switzerland. about the killing of a family in Rupperswil in December. Officials in the nearby Swiss town of Rupperswil are expressing shock after the arrest of a 33-year-old soccer coach over the killing of four people. The Swiss man, identified by local media as Thomas N., is suspected of killing a mother, her two sons and the older sonís girlfriend in December.. (Alexandra Wey/Keystone via AP)</p>

BERLIN (AP) — The small Swiss town of Rupperswil is in shock after learning that a long-time local youth soccer coach is suspected of being behind the brutal killings of four people last December.

A 33-year-old Swiss citizen, named by local media as Thomas N., is suspected of killing a mother, her two teenage sons and another woman in the town 30 kilometers (19 miles) west of Zurich. Prosecutors said the suspect made a "comprehensive confession" after his arrest Thursday.

Roland Wenger, a spokesman for the FC Sarmenstorf soccer club where the suspect had been a coach, said members were horrified by the news.

"Nobody in the club would have thought Thomas N. would be capable of this, he was always decent," he told daily Tages-Anzeiger in an interview published Saturday.

Rupperswil mayor Rudolf Hediger told daily Aargauer Zeitung there was relief at the arrest but also "a certain amount of shame and dismay that it was really a member of our village community."

Prosecutor Barbara Loppacher said the suspect was an unmarried local resident with no previous convictions or connections to the victims. She said, based on his statement and the investigation, police believe he acted alone.

Prosecutors believe N. acted out of financial and sexual motives in the killing of 48-year-old Carla Schauer, her 13- and 19-year-old sons and the latter's 21-year-old girlfriend.

Authorities revealed grim details of the crime Friday. According to investigators, the suspect tricked his way into the Schauers' home on Dec. 21. He made the mother bind and gag the other victims before forcing her to withdraw about $11,000, police captain Markus Gisin told reporters.

After she returned, the suspect tied her up, raped the younger son, killed all four by cutting their throats and set fire to the house, Gisin said.

The absence of any link between the victims and the suspect had made the investigation particularly difficult, said Gisin. After his arrest, police were able to tie his fingerprints and DNA to the crime.

Gisin said the man's arrest may have prevented further killings.

"Based on yesterday's search of the home, further investigations and questioning, we have to assume that the perpetrator had concrete plans for similar crimes," he said.