Super Bowl LI works overtime, even if the ads don't 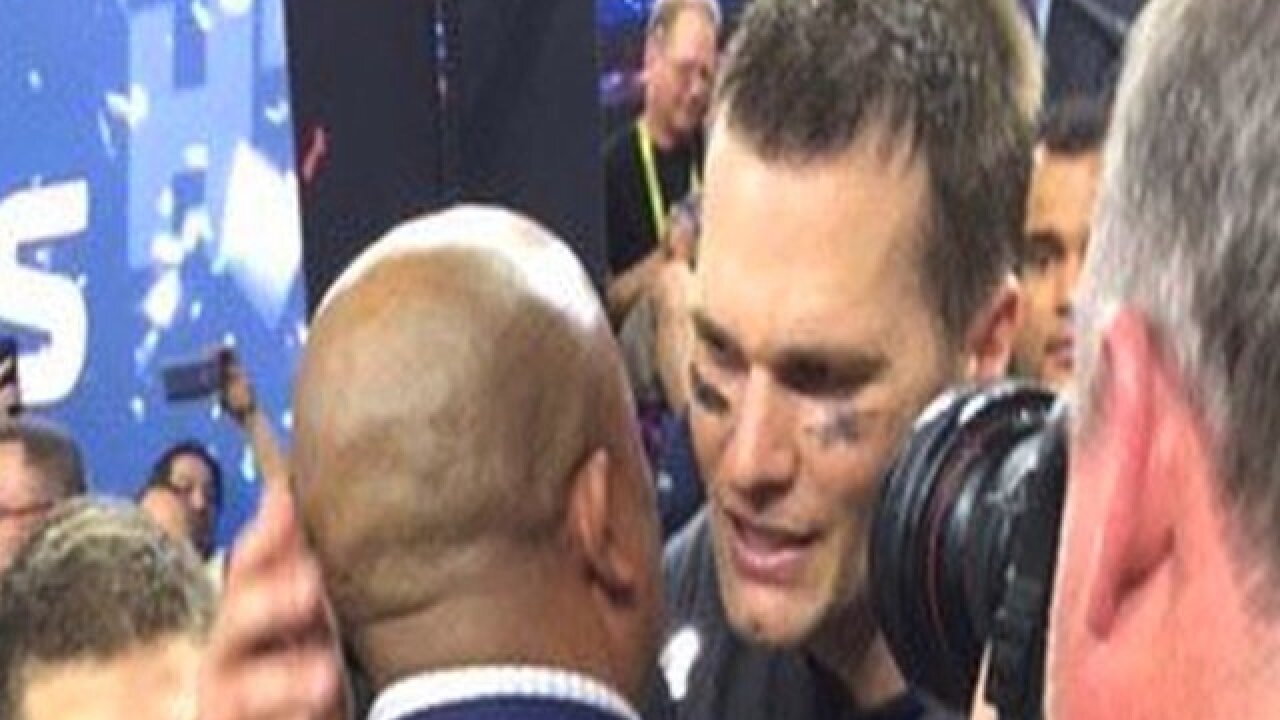 OS ANGELES (CNNMoney) -- The first overtime game in Super Bowl history helped partially banish the prism of politics that hung over the day, one in which the high-profile ads were in some cases controversial but for the most part lackluster.

The New England Patriots' furious comeback victory over the Atlanta Falcons must have felt like a relief to the National Football League and many of its fans, if only because it squarely turned the focus and conversation back to football. That came at the close of a Super Bowl where commercials that once would have seemed relatively innocuous felt provocative thanks to the polarized political climate.

Super Bowl ads featuring images of multiculturalism and inclusiveness are hardly new -- sponsors like to appeal to wide audiences with feel-good imagery. Even so, amid all the acrimony over Trump administration policies, several commercials risked becoming lightning rods, including a Budweiser ad that dared to trace founder Adolphus Busch's immigrant roots and a Coca-Cola spot that offered "America the Beautiful" in different languages.

A few less-well-known sponsors appeared to lean into the political moment, most notably 84 Lumber, which aired a commercial about a mother and her child seeking to reach America from Mexico. The company urged viewers to go to the web to watch the full spot.

On a lighter note, It's a 10 Haircare appeared to be spoofing President Trump's mane by referencing different hairstyles and the next four years.

Otherwise, the much-ballyhooed commercials yielded as few highlights as New England's offense did during the first half.

Unexpectedly, car companies shined the brightest in terms of creative execution. Those included Honda featuring famous people in their high-school yearbooks, a comical Buick spot with NFL star Cam Newton, Kia spotlighting Melissa McCarthy as an unlucky eco-warrior and a moving father-daughter spot from Audi devoted to the issue of pay equality.

Not surprisingly, movie studios anted up for a number of upcoming sequels, including the next "Transformers," "Fast and Furious" and "Pirates of the Caribbean" films. Fox also used the showcase to tout many of its shows, as well as series on sister properties like FX and National Geographic Channel.

Still, several other TV entities shrewdly capitalized on the event, from Hulu's "The Handmaid's Tale" to Netflix offering a very early tease for the follow-up to "Stranger Things."

As usual, a host of ads also reveled in varying degrees of silliness, from spokes-dog Spuds MacKenzie returning as a ghost in "A Christmas Carol"-style Bud Light ad to T-Mobile's "Fifty Shades of Grey" spoof. Tide, meanwhile, used Fox analyst Terry Bradshaw in its campaign, while perhaps the worst of the bunch involved the animated Mr. Clean wowing a woman with his buffed-up physique.

Before the Patriots erased Atlanta's lead, the day's main highlight promised to be Lady Gaga, whose acrobatic halftime show -- which also incorporated an underlying message of inclusion -- produced a burst of energy that the game had up until then lacked.

The Patriots aren't without controversy, from their clashes with the NFL over quarterback Tom Brady's suspension to the relationships between key franchise figures and President Trump.

Ultimately, though, it was difficult not to get caught up in the game's drama, which, like last year's World Series, reinforced the unique power of live sports to galvanize audiences.

If the starkly divided nature of the United States threatened to make Buck's claim sound debatable, by the time it was all over, the NFL's power in the media ecosystem -- and the Super Bowl's unrivaled status as a TV spectacle -- had been reinforced. Even if the teams had to work overtime to do it.