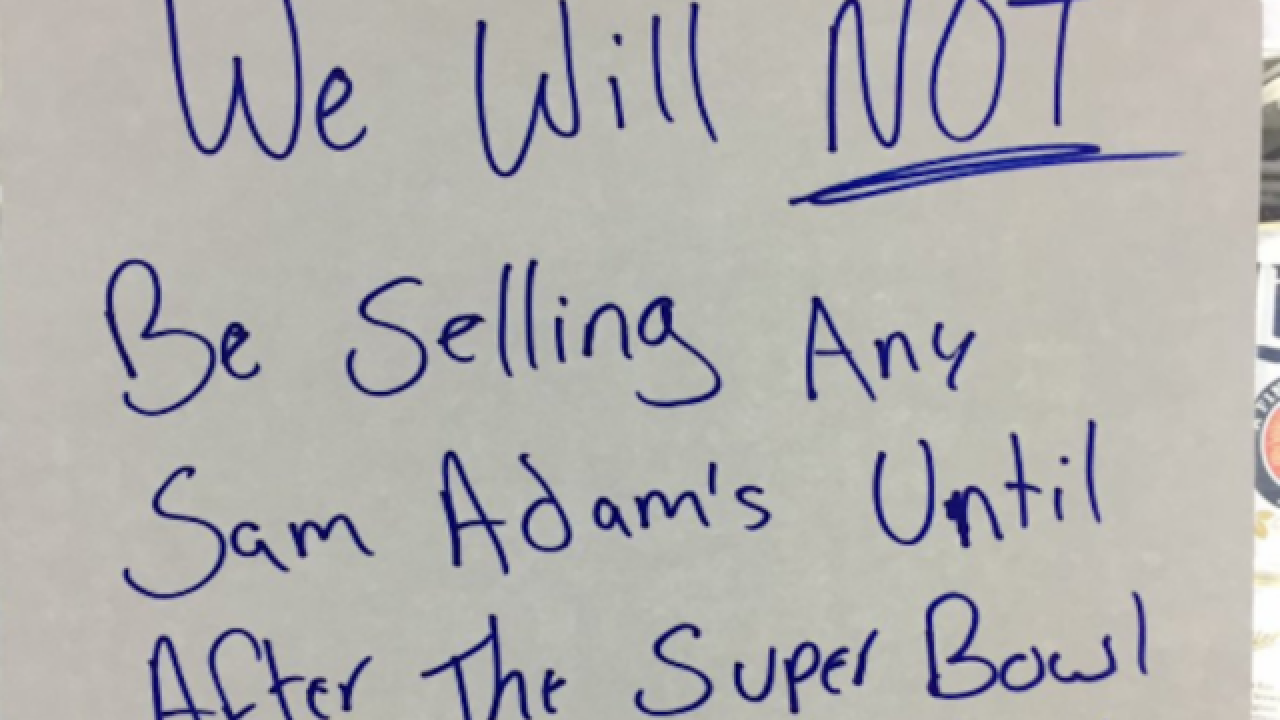 An Atlanta gas station is refusing to sell a Boston staple until after the Super Bowl.

According to SB Nation , 27-year-old Viral Chhabua has suspended the sale of Samuel Adams Boston Lager at his Exxon gas station in Gainesville, Georgia in support of his Atlanta Falcons as they prepare to take on the New England Patriots in Houston on Feb. 5.

Chhabua says he decided to ban the beer after reading a column insulting Atlanta fans in the Boston Globe . In the article, columnist Dan Shaughnessy claimed Atlanta is a town with “absolutely zero enthusiasm for professional sports.”

Atlanta hitting them where it hurts pic.twitter.com/nWeoUCJgb8

Chhabua has since posted a handwritten sign on his beer cooler, reading “We Will NOT Be Selling Any Sam Adams Until After The Super Bowl. #RiseUp.”

“I want the world to know that Atlanta does have a passionate sports fan base,” Chhabua told SB Nation. “Hopefully this will change the perspective on it.”