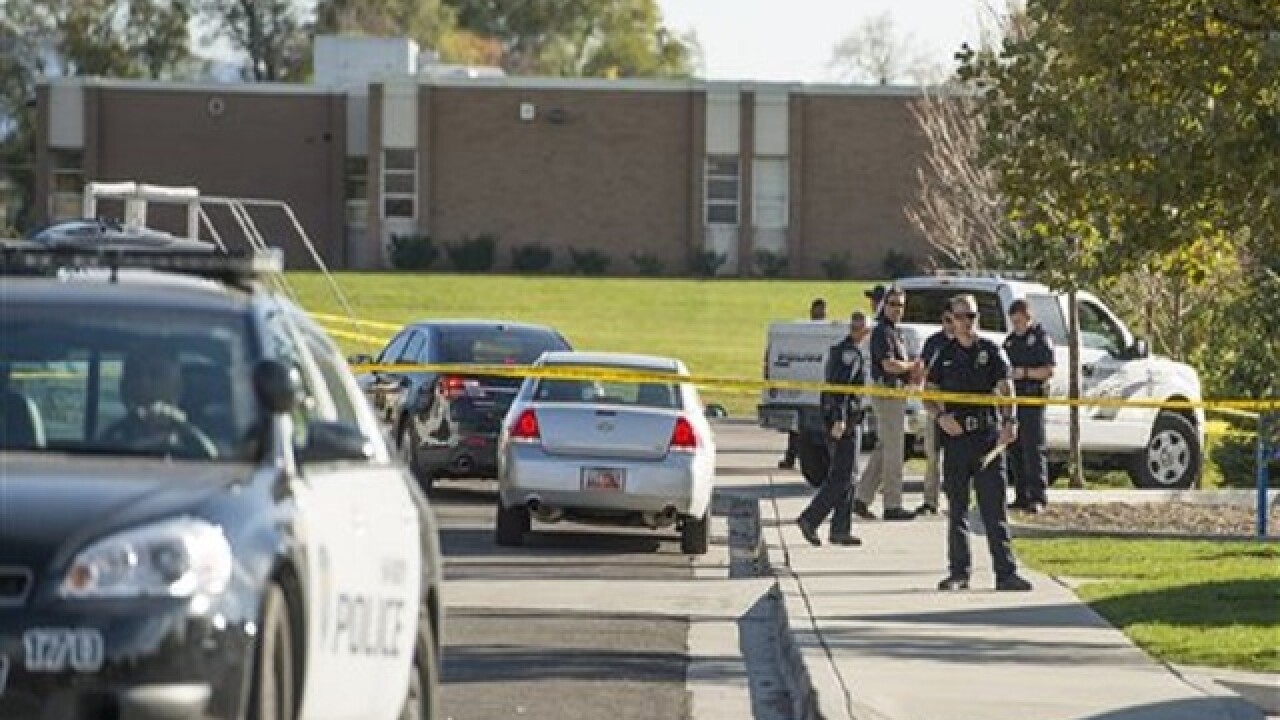 SALT LAKE CITY (AP) — Dozens of students at a middle school in a Salt Lake City suburb witnessed a shooting in which a 16-year-old boy was critically wounded by another teenager during an argument, police said.
The shooting outside Union Middle School in Sandy occurred just as students were leaving school for the day about 3 p.m. Tuesday, Sandy police Sgt. Dean Carriger said.
Police arrested a 14-year-old who they believe was the shooter, Carriger said.
The victim was taken by ambulance to a hospital and is in critical condition, Carriger said. He was in surgery Tuesday evening. Nobody else was hurt.
Hillcrest High School student Jasen Trotter told the Deseret News that he saw the fight between the two boys from about 15 feet away. The teens appear to have planned their encounter beforehand and met shortly after the school day ended, Trotter told the newspaper (http://bit.ly/2eJMo9G).
Trotter said one of the boys unexpectedly pulled out a gun, shot the victim and then shot him again while he was on the ground.
"It just happened so fast," Trotter said.
He said that the alleged shooter, who Trotter noted was one of his friends, fell to the ground crying after the shots were fired.
Detectives were interviewing students to determine what led to the argument and why the suspect shot the other.
The school, about 15 miles south of Salt Lake City, was briefly put on lockdown.
The suspected shooter is a student at the middle school. The victim is not, Carriger said.
Detectives are trying to find out if the suspect had the gun during school or if he got it after school.
Copyright 2016 The Associated Press. All rights reserved. This material may not be published, broadcast, rewritten or redistributed.