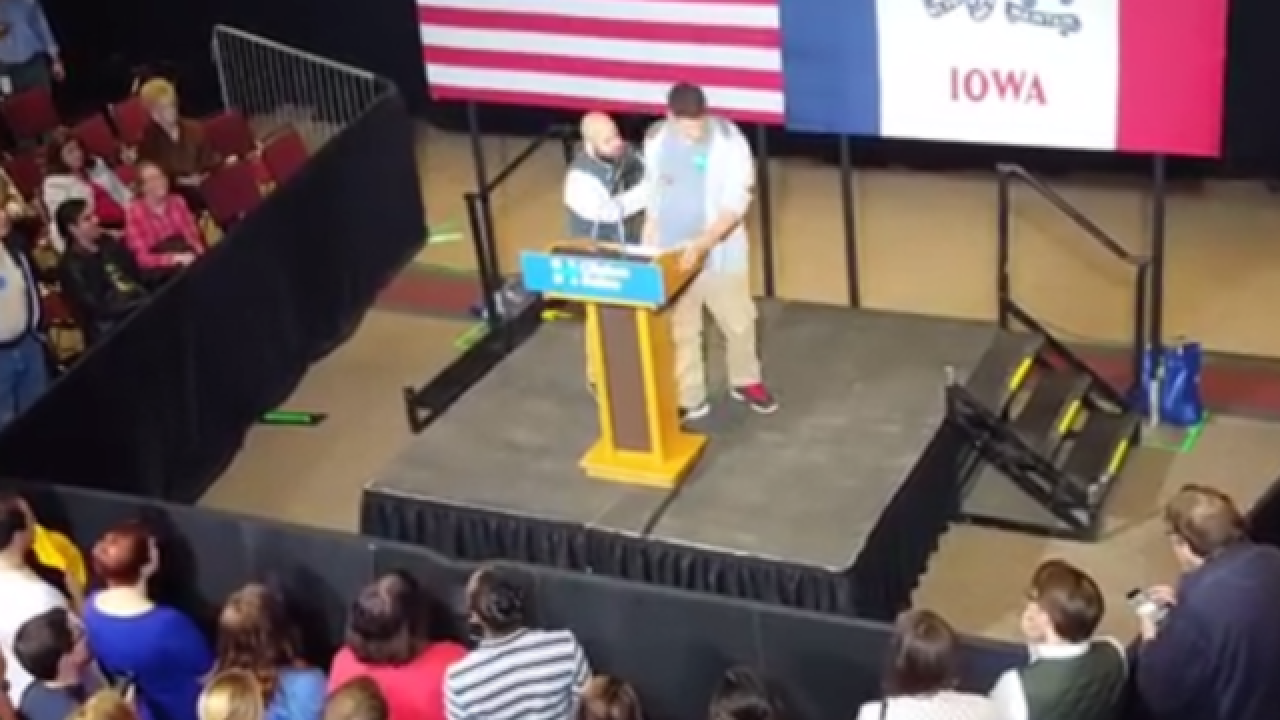 <p>An Iowa State student was escorted off stage after speaking out against Hillary Clinton at her own rally on Saturday (David K/YouTube).</p>

An Iowa State student was escorted off the stage in the middle of a speech Saturday prior to a Bernie Sanders stump speech in support of Hillary Clinton.

Kaleb Vanfosson, the president of the Young Democratic Socialists group at Iowa State, was ushered off stage after speaking out against Clinton.

“The only people that really trust Hillary are Goldman-Sachs. Citigroup can trust Hillary. The military industrial complex can trust Hillary. Her good friend Henry Kissinger can trust Hillary,” Vanfosson said. “She is so entrenched in the world of the elite that she has forgotten what it’s like to be an average person. She doesn’t care. Voting for another lesser of two evils...there’s no point.”

Vanfosson was then escorted offstage by what the Iowa State Daily described as a “member of the campaign.” Vanfosson says he was “basically assaulted.”

Watch video of the speech below.