BOONE COUNTY, Ind. --A stretch of I-65 between Indianapolis and Boone County is becoming notorious for causing damage to passing cars.

The damage to vehicles isn't being caused by potholes, but it's believed to be caused by a person or people throwing objects at cars, according to the Lebanon Police Department.

As many as nine incidents of damage have been reported from 71st Street in Indianapolis to the 138 Mile Marker, all on I-65, between March 21 and May 24. The damage has been to vehicles' windshields and doors. 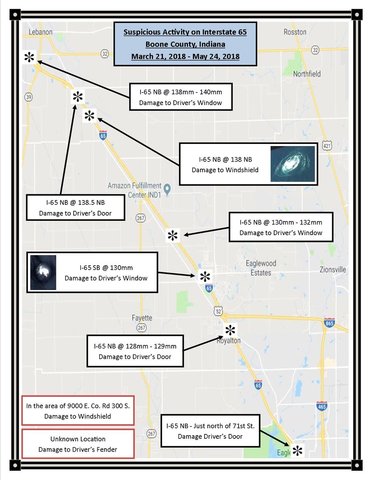 No injuries have been reported.

If you see anything suspicious, call 911.