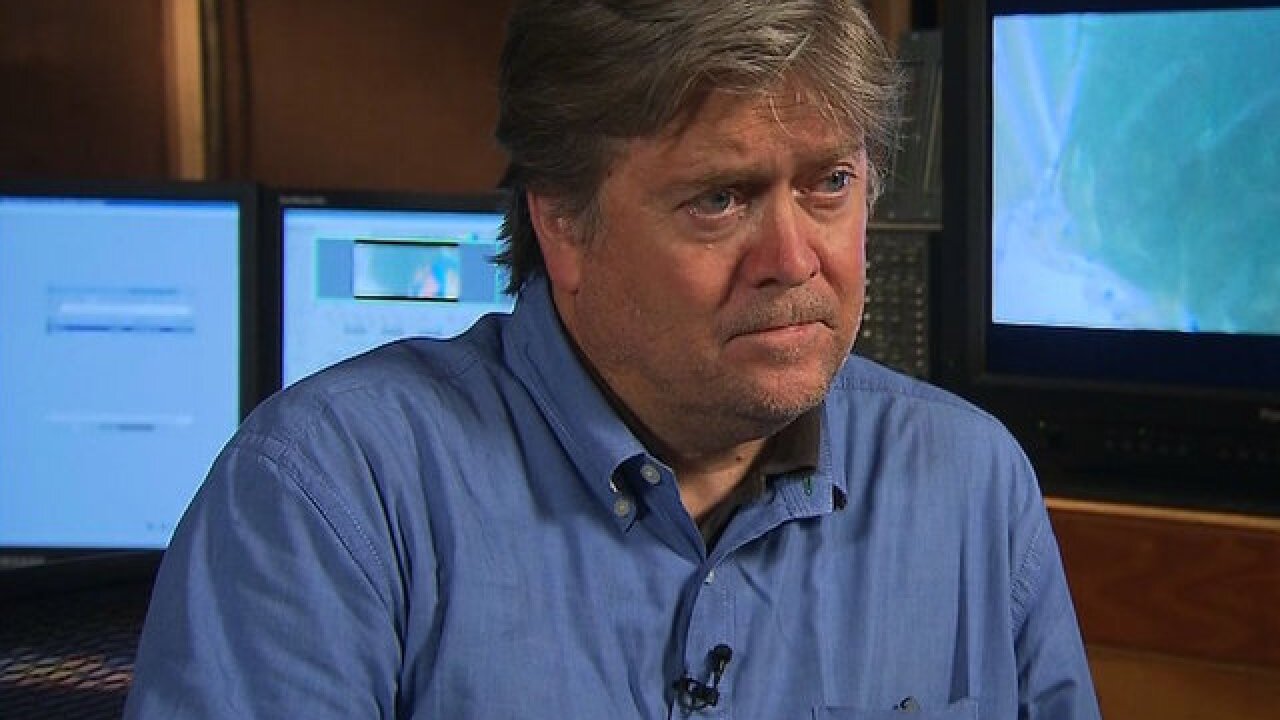 Copyright 2017 Scripps Media, Inc. All rights reserved. This material may not be published, broadcast, rewritten, or redistributed.
CNN
<p>President Donald Trump's chief strategist, Steve Bannon, has escalated the administration's war with the media, labeling it "the opposition party" and suggesting that it "keep its mouth shut."</p>

Bannon, who was executive chairman of Breitbart before becoming Donald Trump's chief strategist, slammed the right-wing website on Wednesday for a report suggesting that White House Chief of Staff Reince Priebus might lose his job.

"Not upset - livid," is how Bannon described his feelings about the article to CNN. "The story is totally untrue. Reince is doing a great job. I couldn't ask any more from a partner."

Breitbart's story alleged that Priebus might be pushed out of the White House due to the forced resignation of Trump's National Security Adviser, Michael Flynn. It cited "multiple sources close to President Trump."

When asked if he had spoken with Breitbart prior to the story's publication, Bannon said he had "totally cut ties" and hadn't talked to them since leaving the organization last August. (He was however interviewed by the site's "Breitbart News Daily" radio program late last year.)

Trump's White House has been plagued by reports of infighting and looming terminations almost since the president took office. Several reports alleged that Bannon and Priebus were at odds with one another -- an assertion both men have repeatedly shot down.

Any tension between Bannon and Breitbart would be notable given the role Bannon played in shaping Breitbart's coverage while serving as its executive chairman.

A Breitbart spokesperson did not immediately respond to a request for comment.