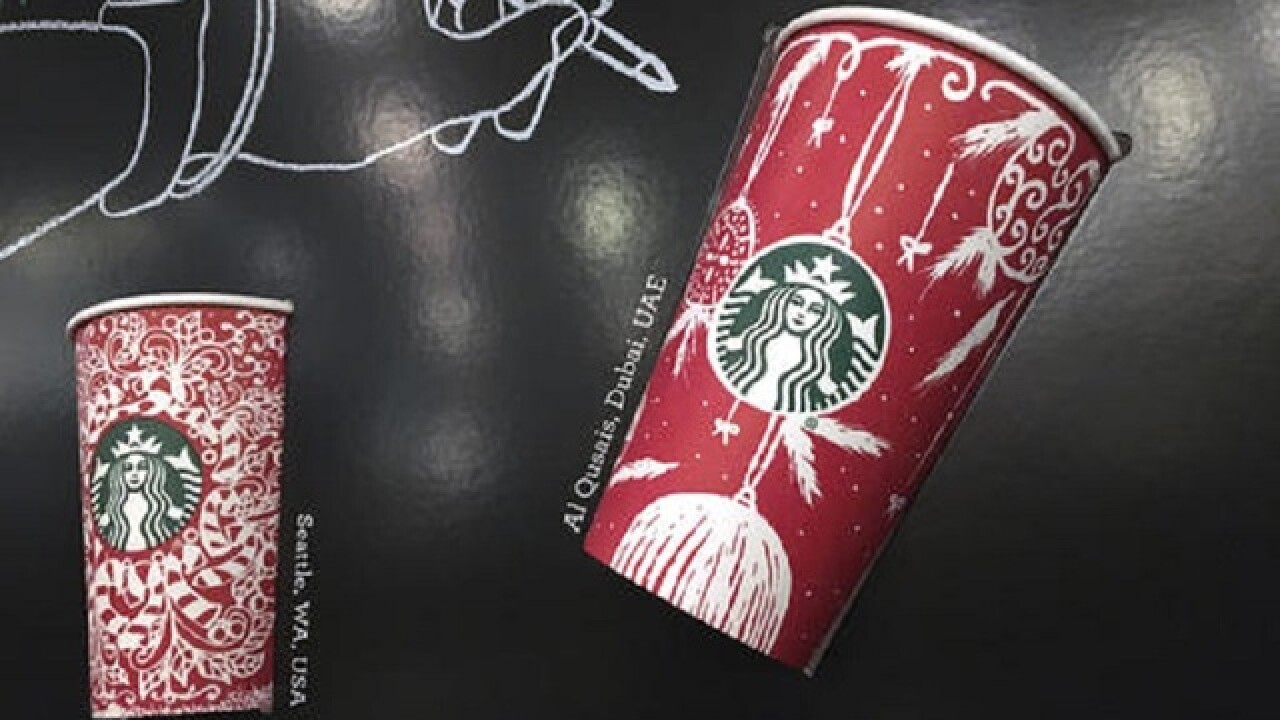 Joseph Pisani
<p>In this Tuesday, Nov. 8, 2016, photo, Starbucks holiday cups appear on display at a store in New York. Snowflakes, reindeer and candy canes are back on Starbucks holiday coffee cups, after last year’s plain red cups caused uproar from critics who said the chain was part of a so-called war on Christmas. (AP Photo/Joseph Pisani)</p>

NEW YORK (AP) — Instead of looking to its creative team, Starbucks turned to its latte-sipping customers to design its latest holiday red cups.
The company asked people to post their designs on Instagram last December, and 1,200 ideas came in from customers who've made it clear on social media they care about the holiday cups Starbucks has brought out each year for nearly two decades.
Over the next several months, company executives narrowed down the options to their favorites, Starbucks said Wednesday. They settled on 13 overall, which focus on traditional holiday themes like snowflakes, Santa Claus and reindeer.
The cups will hit stores around the world Thursday, with eleven of them available in U.S. locations. All the cups for hot drinks are red and have white designs featuring candy canes, ornaments or other holiday symbols. The one cup for iced drinks has a wreath wrapped around the Starbucks mermaid logo. The company declined to say if the customers were compensated for the designs.
Starbucks' return to more overt holiday imagery comes after a tempest last year when a more subdued cup — bright red on top, shading to a darker cranberry below — drew criticism from some who said the chain was part of a so-called war on Christmas.
Thousands of people sounded off on Twitter and other social networks. Donald Trump, now president-elect, even suggested perhaps people should boycott the chain.
That controversy came as a surprise to the company, Starbucks CEO Howard Schultz said at an event in New York on Wednesday where the new designs were displayed.
"It's just a cup," he joked.
Starbucks Corp. has released holiday cups every year since 1997. Last week, the Seattle-based company also unveiled a green cup ahead of Election Day that it said was "a symbol of unity." It features a mosaic of more than 100 people, including a coffee farmer and barista.
Once again, though, people took to social media to make it known — they wanted red cups.
Copyright 2016 The Associated Press. All rights reserved. This material may not be published, broadcast, rewritten or redistributed.