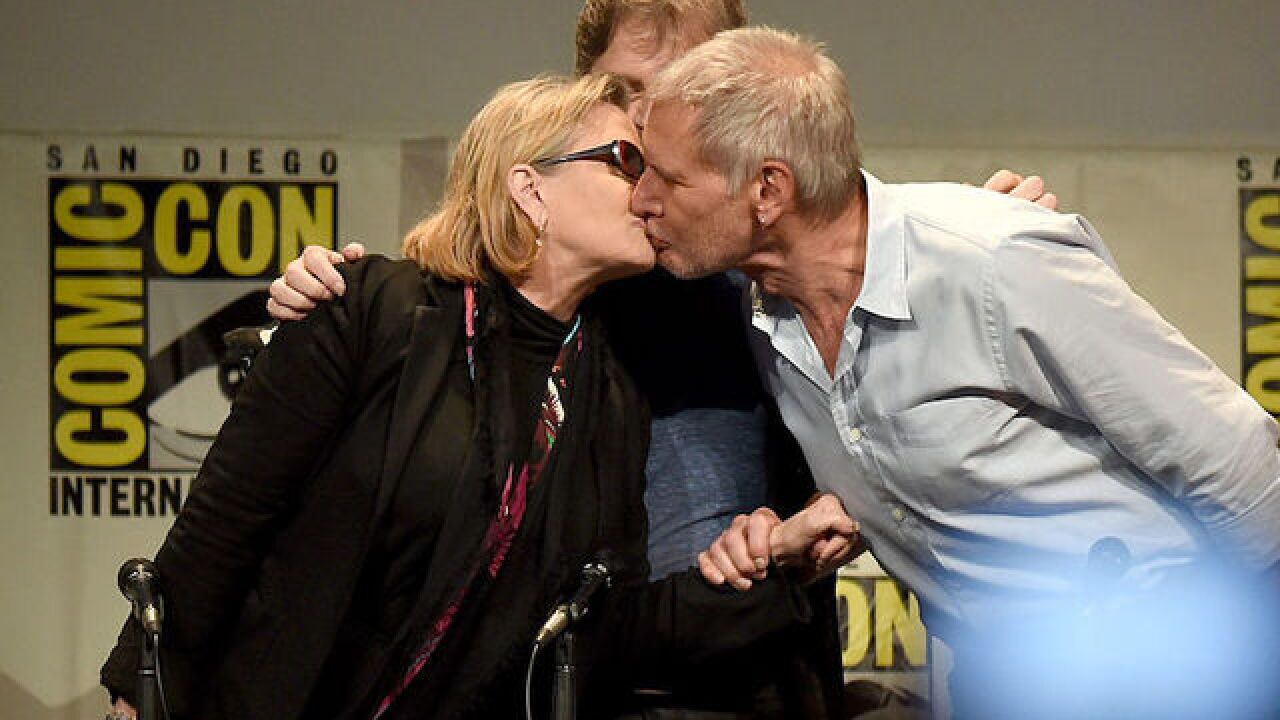 Fans of the blockbuster "Star Wars" movies may be saying "I knew it," but the news of a real-life romance between Princess Leia and Han Solo is causing some ripples in the social media universe.

When you hear that Carrie Fisher had a fling with Harrison Ford and she describe it as "intense". pic.twitter.com/Tuqg341XUM

Carrie Fisher went public Tuesday with a secret many "Star Wars" fans suspected over the years: she and "Star Wars" co-star Harrison Ford had an "intense" romantic relationship while filming the first film of the science-fiction series.

"It was Han and Leia during the week, and Carrie and Harrison during the weekend," she said to People magazine in an interview teasing her upcoming book "The Princess Diarist", scheduled for release on Nov. 22.

The actors played one of the silver screen's most iconic couples: Princess Leia and Han Solo. While the characters didn't reach official couple status until the franchise's second film, "The Empire Strikes Back", the chemistry noted by many on screen in the first film continued off screen, Fisher admitted.

According to a book excerpt scheduled to be released Friday in "People", the three-month affair between then 19-year-old Fisher and then 33-year-old Ford (who was married and a father of two children at the time) began after a birthday party for film director George Lucas.

Fisher, 60, wrote the book after finding a collection of journals she kept while filming "Star Wars - A New Hope" in London. The journals focused on Fisher's insecurities about her developing relationship with Ford, as well as her experiences as a relative newcomer to the acting profession. "Star Wars" was only Fisher's second film appearance and Leia was her first major role.

People magazine reported Fisher informed Ford of the upcoming book and its revelations, but he did not comment to the publication about it.

Social media fans had plenty to say after the revelation, though, with a wide range of emotion, including how the news could save the entire year.

CARRIE FISHER: I had an affair with Harrison Ford while filming Star Wars

LITERALLY EVERYBODY ELSE: I know

I'd like to remind Harrison Ford and Carrie Fisher that IT'S NOT TOO LATE pic.twitter.com/uT0bfONNrd

carrie fisher reveals the first step in her plan to singlehandedly save 2016 https://t.co/pJmFIZxODM