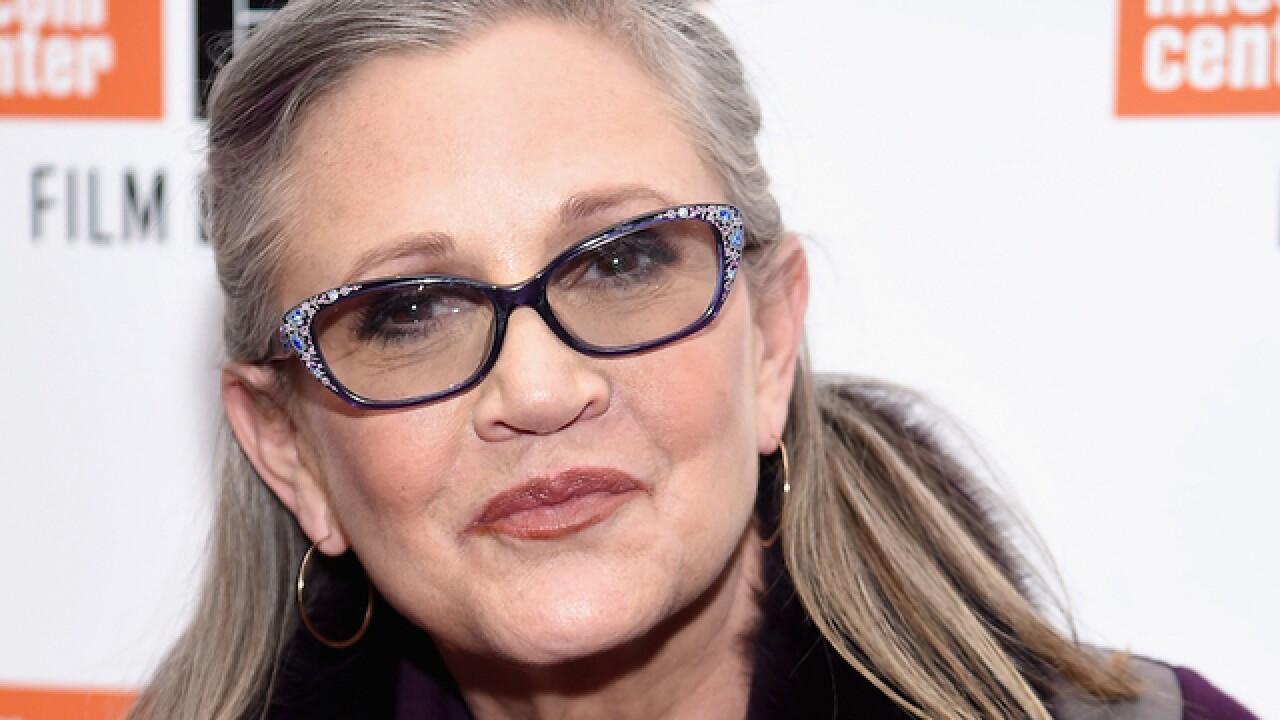 "Star Wars" star Carrie Fisher suffered a "massive heart attack" during a flight bound for Los Angeles on Friday, according to a report. At least one witness on the airplane said the beloved actor "stopped breathing."

At about 1:15 p.m. Pacific, TMZ reported that Fisher went into cardiac arrest while onboard an airplane that was flying from London to Los Angeles. The report claimed the incident happened around noon and that Fisher was rushed to a hospital after people on the flight gave her CPR.

Just before 4 p.m., the Associated Press reported that Fisher's brother Todd Fisher said she was "out of emergency" and that her condition had stabilized in the hours since the episode.

Anna Akana, an actor who's appeared in movies like "Ant-Man" and has a large following on YouTube, claimed to have witnessed the incident. In a series of tweets, Akana said Fisher "stopped breathing" during the flight. She also gave kudos to the people on the flight who came to her aid.

Don't know how else to process this but Carrie Fisher stopped breathing on the flight home. Hope she's gonna be OK

So many thanks to the United flight crew who jumped into action, and the awesome doctor and nurse passengers who helped

Fisher, 60, is most famous for playing Princess Leia in four "Star Wars" movies. She's co-starred in other classic movies like "The Blues Brothers" and "When Harry Met Sally," and wrote the screenplay for "Postcards from the Edge," which was based upon her own book.

In November, "The Princess Diarist," Fisher's third memoir was released.

We will update the story as more information becomes available.