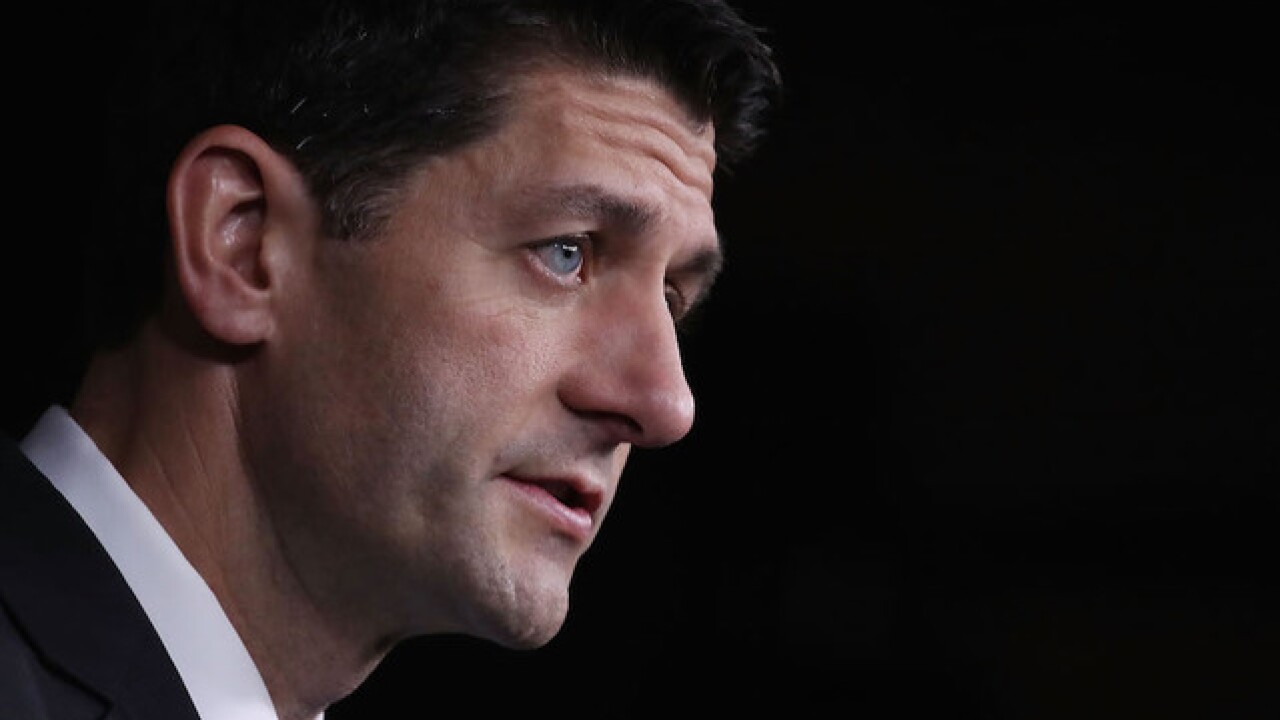 The nation's most powerful Republican told his party Monday that he now is focusing on ensuring Hillary Clinton doesn't get a blank check as president with a Democratic-controlled Congress, suggesting that he doesn't believe Donald Trump can win the election.

House Speaker Paul Ryan's office quickly said he was not conceding the election's outcome. But pro-Trump GOP House members got that impression, pushing back and saying Trump can still win and should not be abandoned.

In a conference call with GOP lawmakers, Ryan said he wouldn't defend Trump or appear with the Republican presidential candidate for the rest of the campaign. Several people on the call said Ryan explicitly told House members, "You all need to do what's best for you in your district."

The remarkable development came as Trump battled to rescue his campaign after the release last week of a 2005 video in which he is heard bragging about how his fame allowed him to "do anything" to women. Several leading Republicans have withdrawn their support or called for him to drop out of the race.

Ryan's message appeared to signal his disbelief in Trump's ability to turn the campaign around with four weeks until Election Day, though he didn't actually revoke his endorsement. He said his decision was driven by what he thought was best for the Republican-led Congress, not himself, according to people on the call.

Those lawmakers weren't authorized to be quoted by name and demanded anonymity.

Ryan said he will "spend his entire energy making sure that Hillary Clinton does not get a blank check with a Democrat-controlled Congress," one such person said. Ryan added that he was "willing to endure political pressure to help protect our majority."

In the eyes of many Republican leaders, the recent released tape of a 2005 conversation in which Trump made vulgar, predatory comments about women not only jeopardized his own uphill candidacy, but that of Republicans fighting to hold their majority in the Senate. Their commanding majority in the House could now be in peril, too.