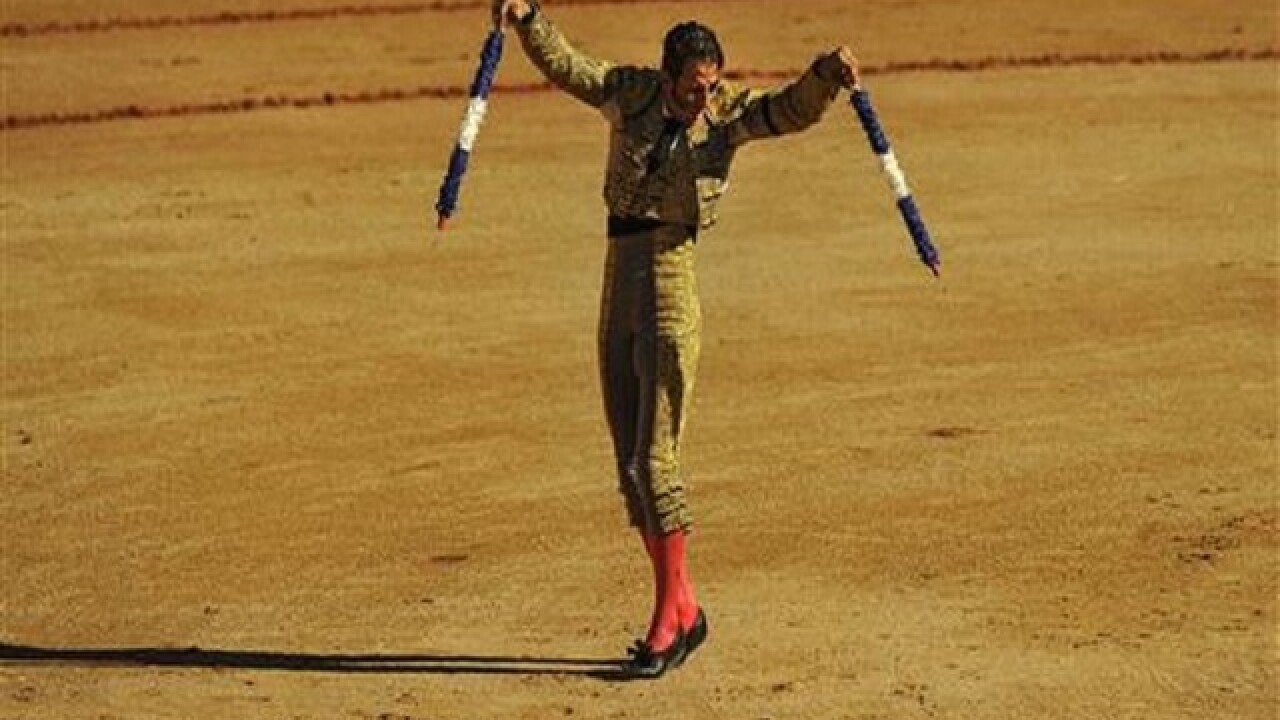 PAMPLONA, Spain (AP) — Spanish medical officials say an American was gored and four other runners were injured in the second-last running of the bulls at Pamplona's San Fermin festival.
Television images showed one of the six bulls crashing into several runners and lifting at least two of them in the air with his horns.
More than 1,000 people took part in the 8 a.m. (0600 GMT, 2 a.m. EDT) run Wednesday, which lasted 2½ minutes.
Navarra Hospital spokesman Dr. Jon Ariceta said the American was gored in the left leg and taken to a city hospital.
Four other runners were hospitalized for contusions.
There were no further details immediately.
The nine-day fiesta became world famous with Ernest Hemingway's 1926 novel "The Sun Also Rises" and attracts thousands of foreign tourists.
Copyright 2016 The Associated Press. All rights reserved. This material may not be published, broadcast, rewritten or redistributed.