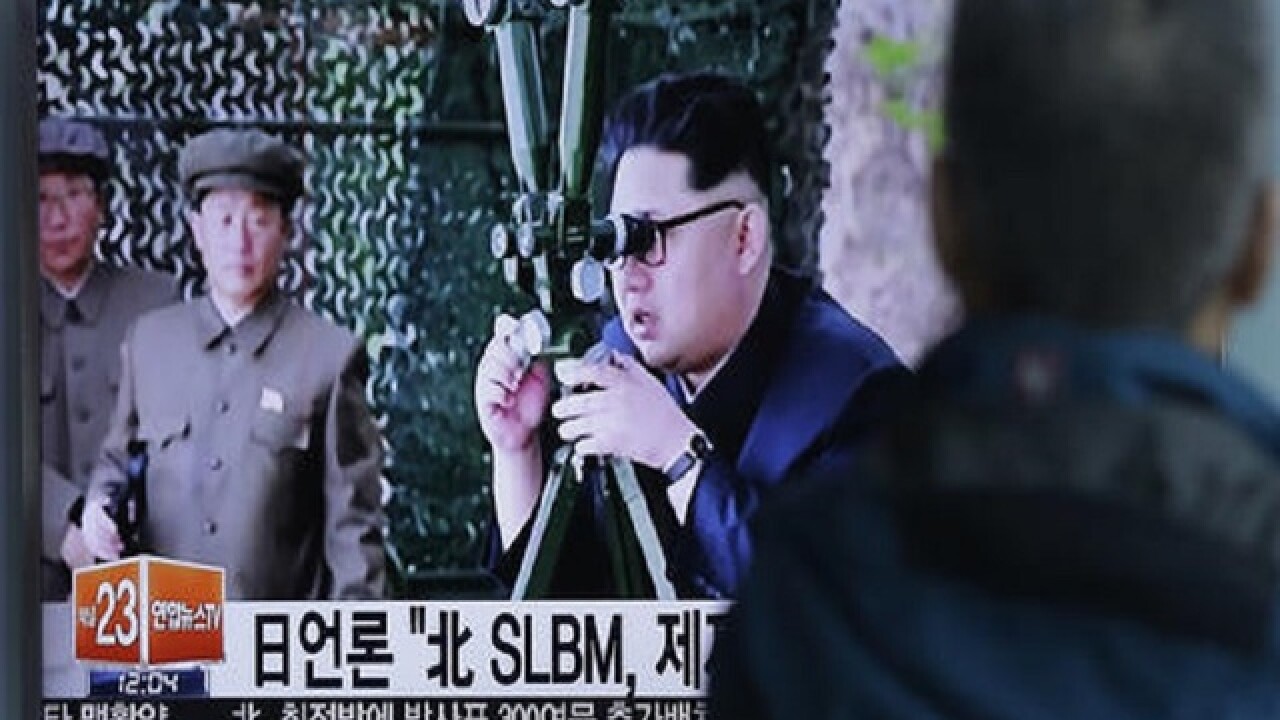 The report of the North Korean launch failure is particularly humiliating as it comes ahead of a major North Korean ruling party meeting next week at which leader Kim Jong Un is believed to want to place his stamp more forcefully on a government he inherited after his dictator father's death in late 2011.

The launch was likely the second attempted test of a Musudan, a new intermediate-range missile that could one day be capable of reaching far-off U.S. military bases in Asia and the Pacific.

The projectile fired from a North Korean northeastern coastal town crashed a few seconds after liftoff, a South Korean Defense Ministry official said, requesting anonymity because of office rules. It wasn't immediately known whether it crashed on land or into the sea.

South Korea's Foreign Ministry called the launch a provocation and said it will try to increase international pressure on North Korea.

The failed launch comes amid North Korean anger over annual South Korean-U.S. military drills that it calls a rehearsal for an invasion. The North has fired many missiles and artillery shells into the sea in recent months in an apparent protest against the drills, which end Saturday.

Musudan missiles have a potential range of about 3,500 kilometers (2,180 miles), which would put U.S. military bases in Guam within their striking distance. North Korea is also pushing to develop a nuclear-armed long-range missile capable of reaching the U.S. mainland, but South Korea believes it does not yet possess such a missile.

Before this month's suspected launches, North Korea had never flight-tested a Musudan missile, though one was displayed during a military parade in 2010 in Pyongyang.

There is speculation in South Korea that North Korea will soon conduct a fifth nuclear test. The North carried out a fourth atomic test in January and a long-range rocket launch in February, earning worldwide condemnation and tougher U.N. sanctions.

South Korean President Park Geun-hye said Thursday there were unspecified signs that a fifth test was "imminent." She warned another nuclear test would result in North Korea suffering harsher sanctions.