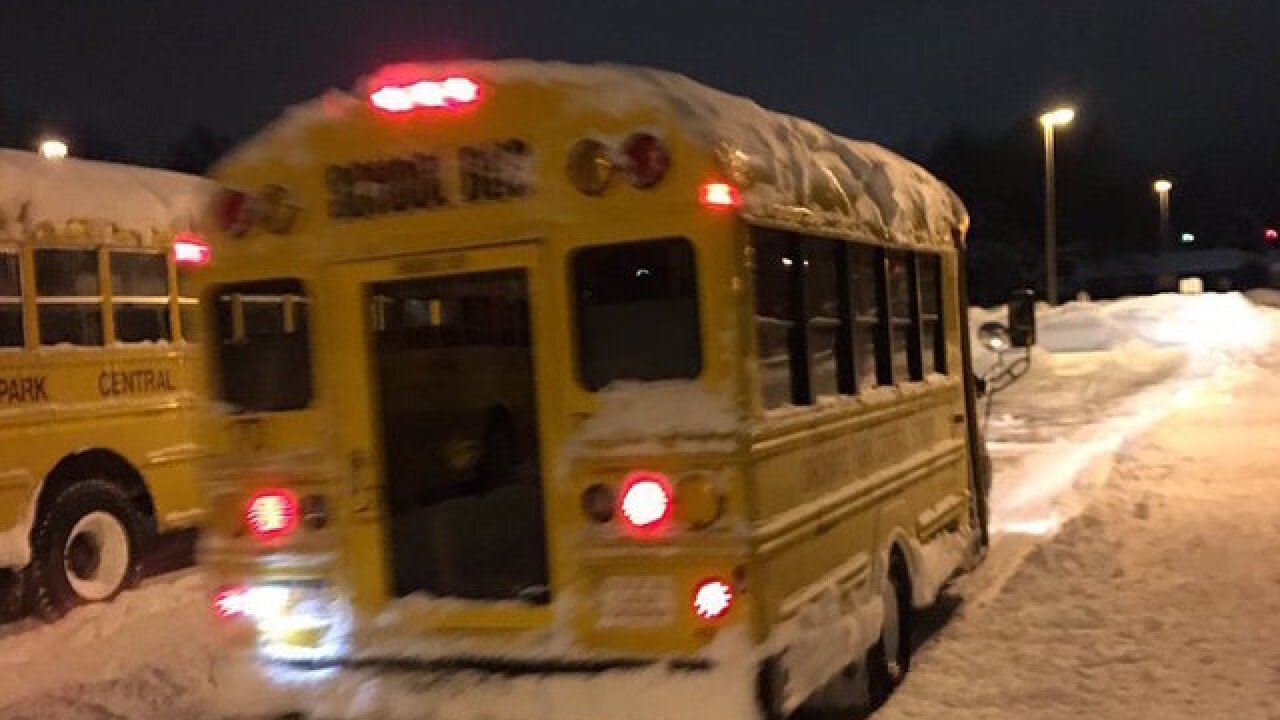 Hazardous lake-effect snow shut down parts of upstate New York and even left students at one elementary school in the southeast suburb of Buffalo stranded on Thursday.

In other areas near Buffalo, 28 inches of snow fell in Blasdell, averaging 4.3 inches an hour for 6.5 hours, according to the National Weather Service Buffalo.

The students at Windom Elementary, in Orchard Park, were finally sent home once the roads cleared out late Thursday evening, school officials tweeted.

Earlier in the day clogged roads forced buses to re-route the students back to the school.

"Any buses that have not been able to complete their routes will be going to Windom Elementary," the school had advised on their website.

The inclement weather may have put a damper on the day, but as the sun set, snowed in teachers and kids made the best of a difficult situation.

"It started getting really late and no more buses were called, so we had to eat dinner here and some kids fell asleep," one student told CNN affiliate TWC News Buffalo. "I was just freak'n out about that."

Buffalo, which sits on the eastern shores of Lake Erie is no stranger to lake-effect snow, which forms when cold dry air passes over a relatively warm body of water.

Farther south, snow blasted the cities of Blasdell, Hamburg and Perrysburg bringing as much as 23 to 28 inches of snow Thursday, the National Weather Service said.

A lake-effect warning remains in effect until Friday afternoon across southern counties in the state, the National Weather Service warns.

National Weather Service meteorologists estimate an additional 2 to 6 inches of snow and 10-15 mile per hour winds will cause treacherous travel conditions on Friday.