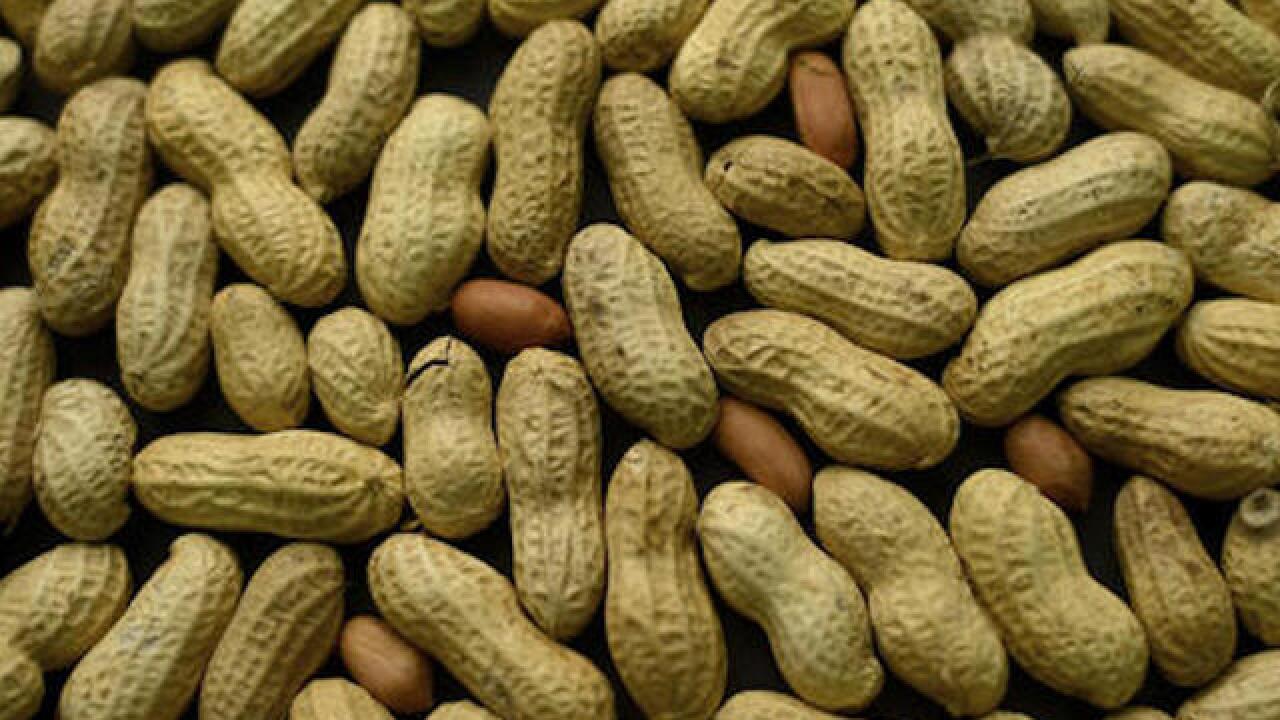 Copyright Associated Press
Patrick Sison
<p>This Feb. 20, 2015 file photo, photo shows an arrangement of peanuts in New York. A study published Oct. 26, 2016, in the Journal of Allergy and Clinical Immunology says nearly half of those treated with a skin patch for peanut allergy sufferers were able to consume at least 10 times more peanut protein than they were able to consume prior to treatment. (AP Photo/Patrick Sison)</p>

WASHINGTON (AP) — A wearable skin patch may help children who are allergic to peanuts by delivering small doses of peanut protein, according to a new study that calls for the therapy to be further explored.

The study, published in the Journal of Allergy and Clinical Immunology, found that nearly half of those treated with the Viaskin Peanut patch for one year were able to consumer at least 10 times more peanut protein than they were able to prior to treatment.

The biggest benefit came for those from 4 years old to 11 years old. Participants older than 12 didn't see as much of an effect, the study found.

"Other recent advances have relied on an oral route that appears difficult for approximately 10 to 15 percent of children and adults to tolerate," Rotrosen said.

While the trial found the immunotherapy treatment to be "potentially effective," it cautioned that the study is limited. Further investigation is needed to find out if "the modest clinical changes noted will be enhanced after a longer duration of therapy," the study said.

Those long-term results should be available in the future because the trial is continuing.

The Viaskin Peanut patch hasn't been approved by the Food and Drug Administration.