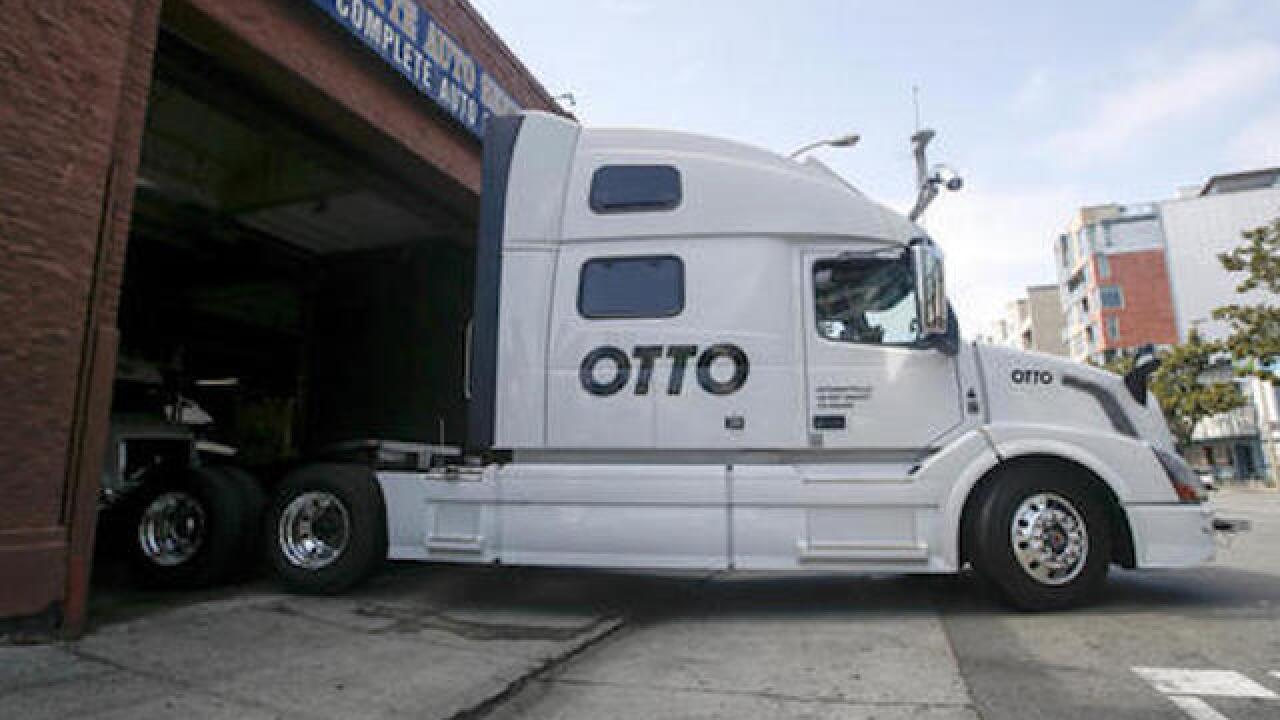 Copyright Associated Press
Tony Avelar
<p>Otto's self-driving big rig truck leaves the garage during a demonstration at the Otto headquarters on Thursday, Aug. 18, 2016, in San Francisco. Uber announced that it is acquiring a self-driving startup called Otto that has developed technology allowing big rigs to drive themselves. (AP Photo/Tony Avelar)</p>

DENVER (AP) — Anheuser-Busch says it has completed the world's first commercial shipment by self-driving truck, sending a beer-filled tractor-trailer on a journey of more than 120 miles through Colorado.

The company says it teamed with self-driving truck maker, Otto, and the state of Colorado for the feat. The trailer, loaded with Budweiser beer, began the self-driving trip at a weigh station in Fort Collins, Colorado, and ran along Interstate 25 through Denver before wrapping up in Colorado Springs.

The company says a professional truck driver was on board for the entire route and monitored the trip from the cab's sleeper berth. It didn't say when the shipment took place.

Otto was recently acquired by Uber.