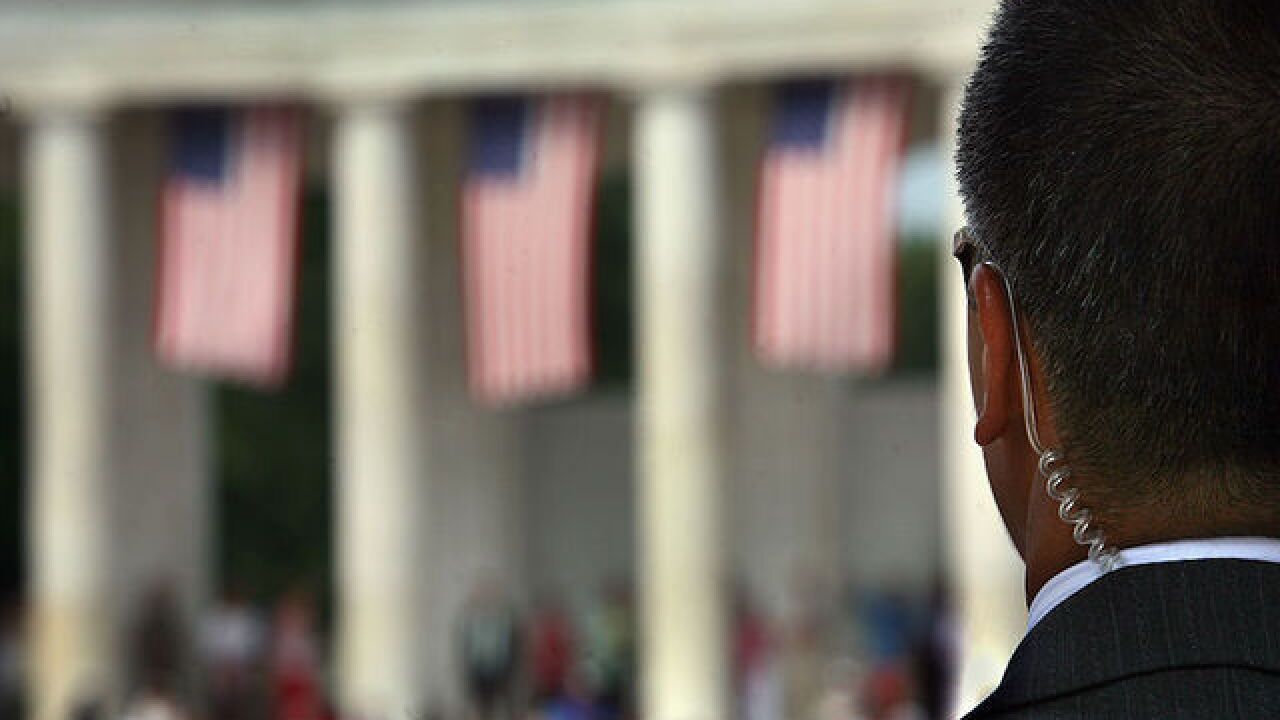 Copyright Getty Images
John Moore
<p>ARLINGTON, VA - MAY 28: A Secret Service agent scans the crowd at the amphitheater of the Arlington National Cemetery on Memorial Day May 28, 2007 in Arlington, Virginia. U.S. President George W. Bush paid tribute to fallen American soldiers at the cemetery, telling family members that Americans &quot;will never forget the terrible loss you have suffered.&quot; More than 300,000 veterans and their dependants are buried at the cemetery, which also has a special section for those killed in Iraq and Afghanistan. (Photo by John Moore/Getty Images)</p>

The Secret Service has agreed pay $24 million to settle a racial discrimination case brought on by eight African-American Secret Service agents who alleged that the federal agency denied them job opportunities because of their race, according to court documents.

The decade-long case highlighted specific instances dating back to 1995 claiming that each of the African-American agents were not selected for specific promotions, assignments, positions and career enhancing opportunities they were qualified for but were given to white agents. Testimonies reveal that the agents each bid for up to 230 positions within the agency before being promoted.

One of the agents explained that she was "passed over for promotion in favor or a white (male) agent who had previously been transferred, as a result of sexually harassing her."

The initial lawsuit was filed in 2000 under the administration of former president Bill Clinton.

Jeh Johnson, Secretary of Homeland Security which presides over the Secret Service, said in a statement that he is "pleased that we are able to finally put this chapter of Secret Service history behind us. ... This settlement is also, simply, the right thing to do."

"Had the matter gone to trial, it would have required that we re-live things long past, just at a time when the Secret Service is on the mend. Under Joe Clancy's leadership, the Secret Service has turned the corner, and today's settlement is part of that," Johnson said in the statement.

Cathy Milhoan, Communications Director for the Secret Service, explained that "the agreement explicitly states that the U.S. Secret Service denies any and all liability or damages to anyone with respect to the alleged facts or causes of action asserted in the litigation."

"The Secret Service recognizes that having a diverse cohort of supervisors makes the agency stronger and better equipped to successfully accomplish our mission. This settlement demonstrates and reaffirms our commitment to continually enhance our promotion system," Milhoan said in a statement.

The Secret Service admits to "no wrongdoings or institutional bias," according to an email sent to agency employees.

CNN has reached out to Jennifer Klar, lead attorney representing the agents and have not yet received a response.