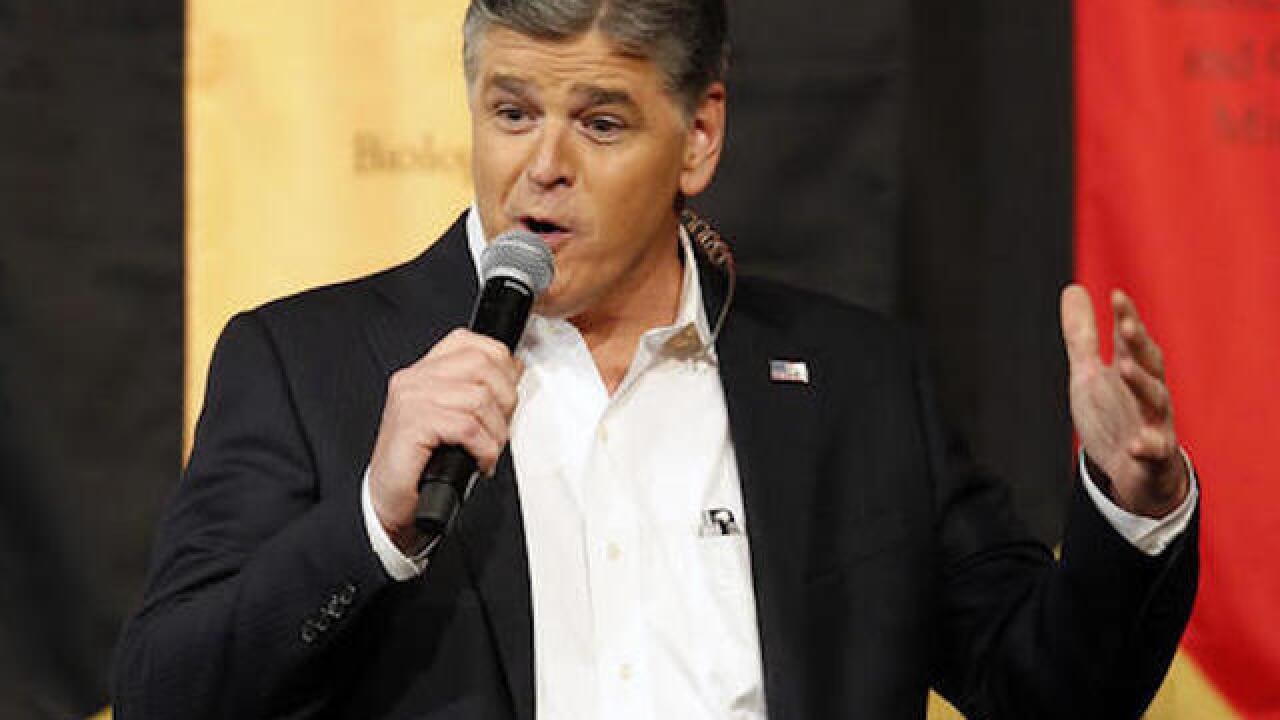 The conservative radio talker and Fox News host also says one of his radio listeners called in to say President Barack Obama and Massachusetts Senator Elizabeth Warren did the same. On Twitter Tuesday , Hannity said, "Fact is they didn't. I humbly apologize. Live radio."

Hannity is one of Donald Trump's biggest allies in the media and has acknowledged giving the GOP nominee campaign advice in private.