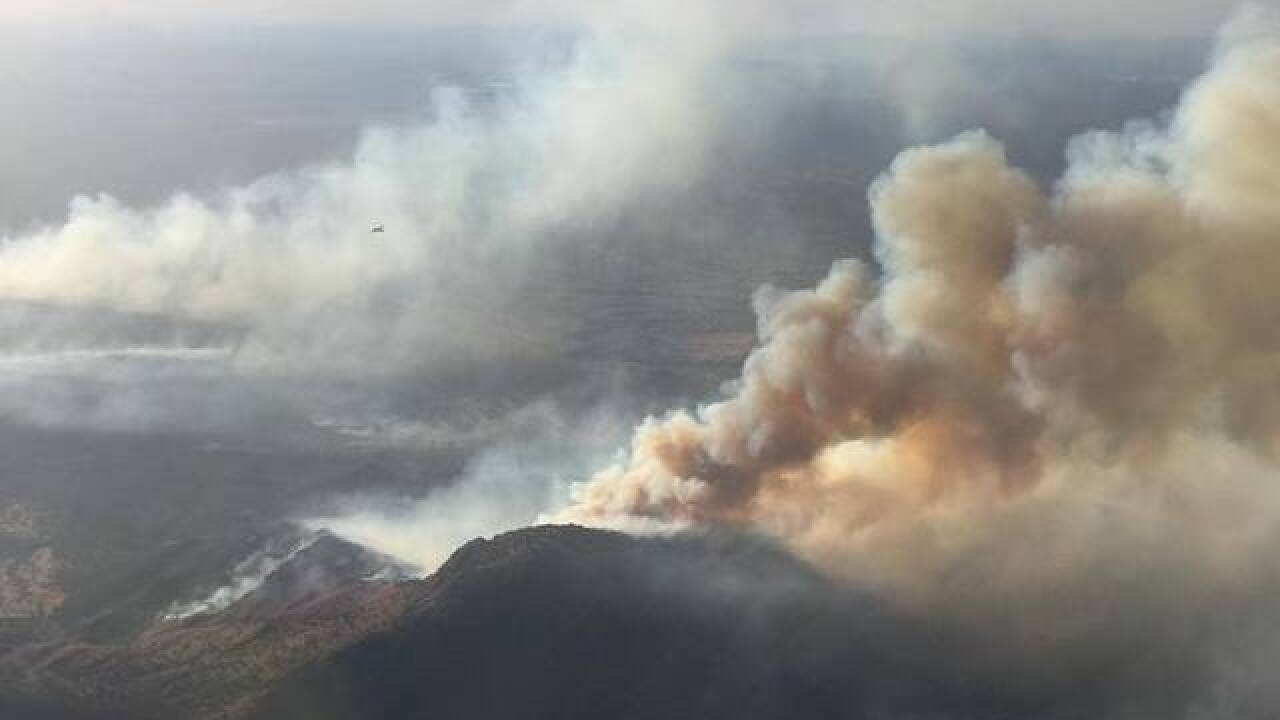 Copyright 2018 Scripps Media, Inc. All rights reserved. This material may not be published, broadcast, rewritten, or redistributed.
Facebook/Arizona Department of Forestry and Fire Management
<p>Sawmill Fire as seen on April 23, 2017.</p>

Actually, it was a fire.

Dennis Dickey pleaded guilty to a misdemeanor on Friday for starting a 47,000-acre fire in Arizona, dubbed the Sawmill Fire when it occurred in April 2017. But the then off-duty U.S. Border Patrol agent had no intention of starting a blaze, according to an affidavit written last week. He was just trying to reveal the gender of his upcoming child to family and friends.

On April 23, 2017, Dickey trekked near Green Valley, Arizona so he could have the ultimate gender reveal moment. Many parents, including Dickey, often have gender reveal celebrations for their soon-to-be newborns. This often involves documenting an action where a pink or blue color is revealed to indicate the sex of the child, such as cutting open a cake or unraveling a banner.

Dickey, however, had a more explosive idea.

The Tucson man decided to shoot at a target with his high-powered rifle so that it would explode in pink or blue powder, according to a release from the U.S. Attorney's office. To do this, he made the target himself and filled it with Tannerite, a legal but highly explosive substance.

The target and Tannerite worked, but not in the way the 37-year-old Arizona resident imagined. The shot caused an explosion that ignited the Sawmill Fire and the wildfire spread to Coronado National Forest. Dry conditions at the time also exacerbated the spreading of the fire, which grew to about 47,000 acres in size and cost an estimated $8 million in damage.

Dickey immediately reported the fire to law enforcement, cooperated with the investigation and admitted that he started the blaze. He also repeatedly told the judge the incident was "a complete accident."

He pleaded guilty last week to a misdemeanor violation for starting a fire without a permit and made a plea agreement, agreeing to a sentence of five years of probation and to making a public service announcement with the U.S. Forest Service. He also has to pay a restitution totaling $8,188,069 with an initial payment of $100,000, according to the release.

The Dickeys haven't said if the child was a boy or a girl.

Susan Gonzalez is a digital producer and writer for the E.W. Scripps national team. Follow her on Twitter @TheNewsan.