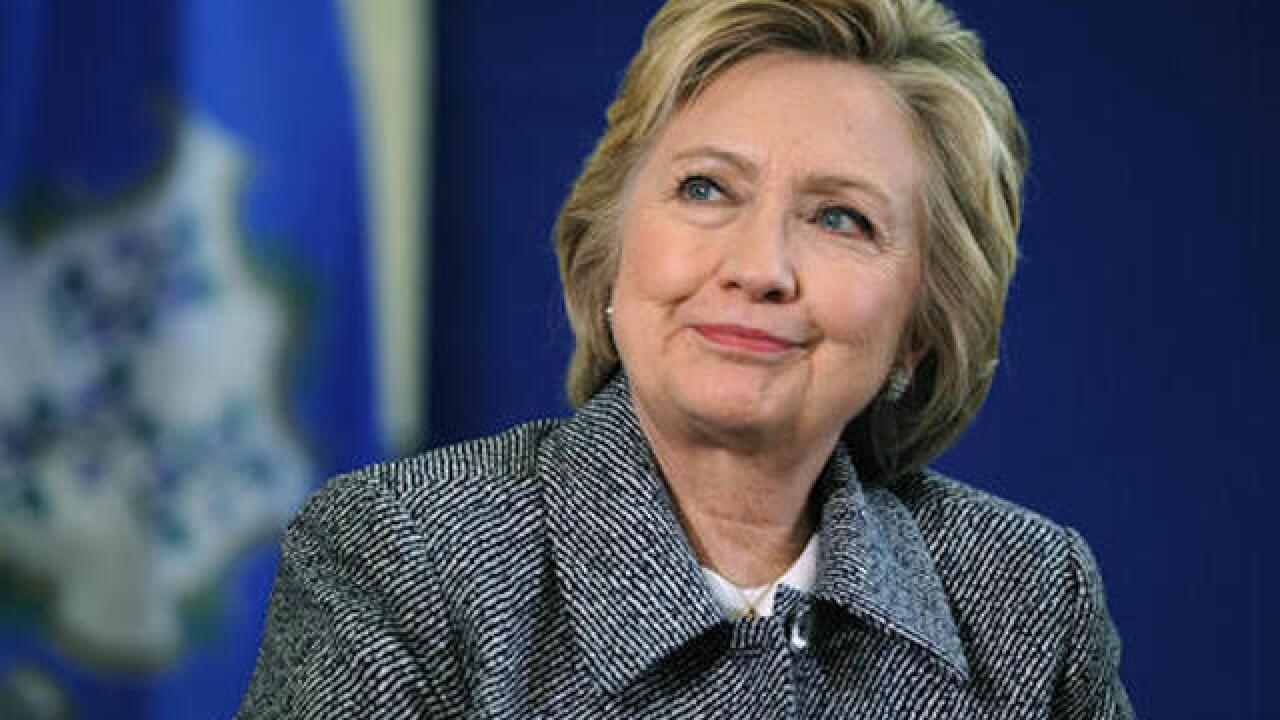 Copyright 2018 Scripps Media, Inc. All rights reserved. This material may not be published, broadcast, rewritten, or redistributed.
Jessica Hill
In this April 21, 2016, photo, Democratic presidential candidate Hillary Clinton listens during a campaign event in Hartford, Conn. Clinton can’t win enough delegates on April 25 to officially knock Bernie Sanders out of the race for president, but she can erase any honest doubts still left that she will soon be the Democratic Party’s nominee.(AP Photo/Jessica Hill)

WASHINGTON (AP) — Democratic presidential candidate Bernie Sanders has cut into Hillary Clinton's lead by more than two dozen delegates, based on new data from Washington state, but his chances of winning the nomination haven't gotten much better. Clinton won the Guam caucus.

In Guam, the party said Clinton won 60 percent of the vote to earn four of the seven delegates at stake. Sanders will pick up three delegates.

The Pacific island is one of five U.S. territories that casts votes in primaries and caucuses to decide the nominee, even though those residents aren't eligible to vote in November. Often overlooked, Guam this election cycle drew attention from both the presidential candidates, who ran radio advertisements in a bid to scoop up any possible delegate in the final stretch of primaries and caucuses.

Combined with some delegate gains in Washington state, Clinton now has 94 percent of the 2,383 delegates needed to clinch the nomination as she seeks to look ahead to a November matchup against Republican Donald Trump. Sanders has said he will take his delegate fight to the floor of the Democratic National Convention in Philadelphia in July.

In Washington state, Sanders handily won the caucus on March 26, when the Vermont senator won 25 of the 34 delegates awarded that day. An additional 67 district-level delegates could not be divided up until the state party released vote data broken down by congressional district.

District-level data provided Saturday to The Associated Press show that Sanders will pick up 49 of those delegates, while Clinton will receive 18.

The party's delay in releasing the data had generated some debate on social media, where Sanders supporters questioned why he had not received more delegates in a state he won big. The party said it had a multistep process for awarding delegates and could not immediately generate the more detailed information.

Still, even with the additional delegates for Sanders, his mathematical chances of winning the nomination haven't improved.

Based on primaries and caucuses to date, Clinton now has 1,706 delegates while Sanders has 1,414 — or a lead of 292 delegates, according to the AP count.

If he hopes to overtake her based on just those primary and caucus delegates, he still must win 66 percent of the remaining delegates — a figure unchanged from before.

Clinton's lead is bigger when including superdelegates — party officials who can support any candidate.