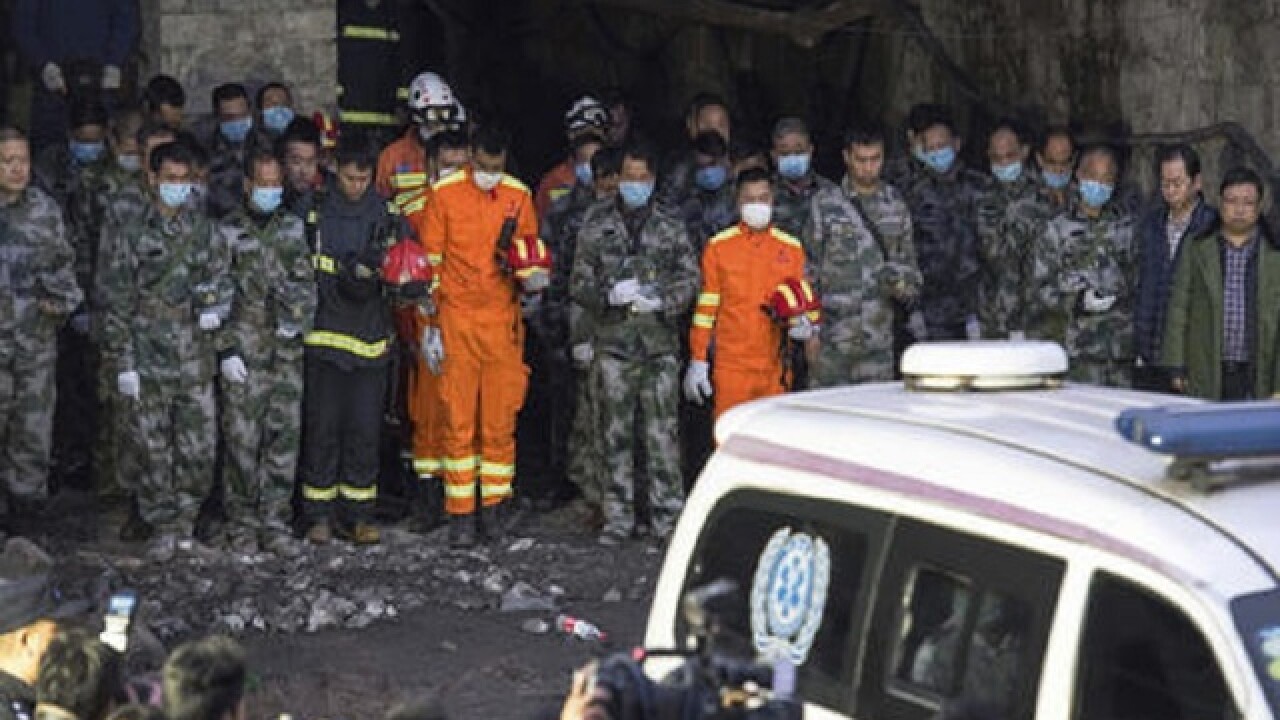 BEIJING (AP) — Safety regulators in China say they've found several violations at a coal mine where 33 people died this week after being trapped underground in a gas explosion.
Only two miners survived Monday's blast at the mine in the western municipality of Chongqing.
China's State Administration of Work Safety said Wednesday the mine was using outdated equipment and miners were sent more than 100 meters (328 feet) beyond the approved drilling area, causing gas to accumulate.
Gas explosions inside mines are often caused when a flame or electrical spark ignites gas leaking from the coal seam. Ventilation systems are supposed to prevent gas from becoming trapped.
China's mining industry has long been among the world's deadliest.
The operators of the mine did not answer phone calls Thursday.
Copyright 2016 The Associated Press. All rights reserved. This material may not be published, broadcast, rewritten or redistributed.