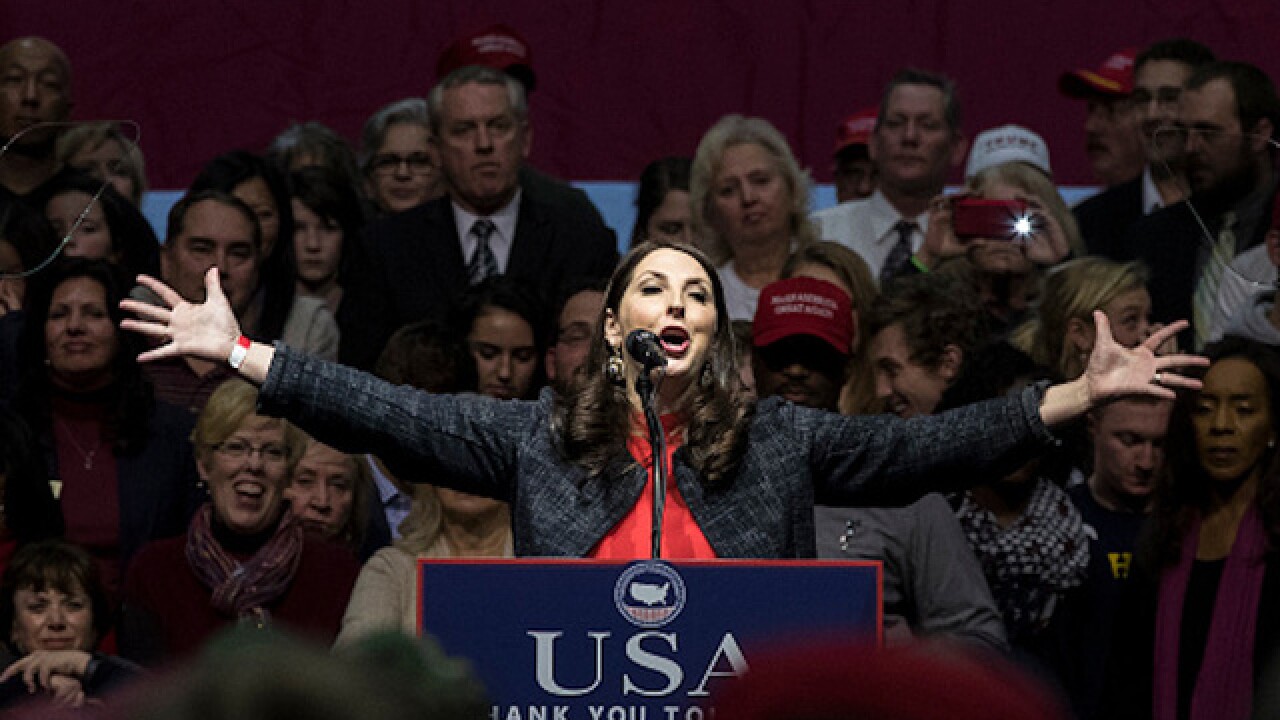 Romney McDaniel, who is currently the chairwoman of the Michigan Republican Party and the niece of 2012 GOP nominee Mitt Romney, will succeed current RNC chair Reince Priebus, who has been tapped to be Trump's chief of staff.

"I'm excited to have a highly effective leader in Ronna McDaniel as RNC deputy chair, and I look forward to her serving as the party's chairman in 2017," Trump said in a statement.

Republican National Committee members will need to ratify Romney McDaniel as the new chair when it meets in January, but it is tradition for the incoming president to choose the head of the national party.