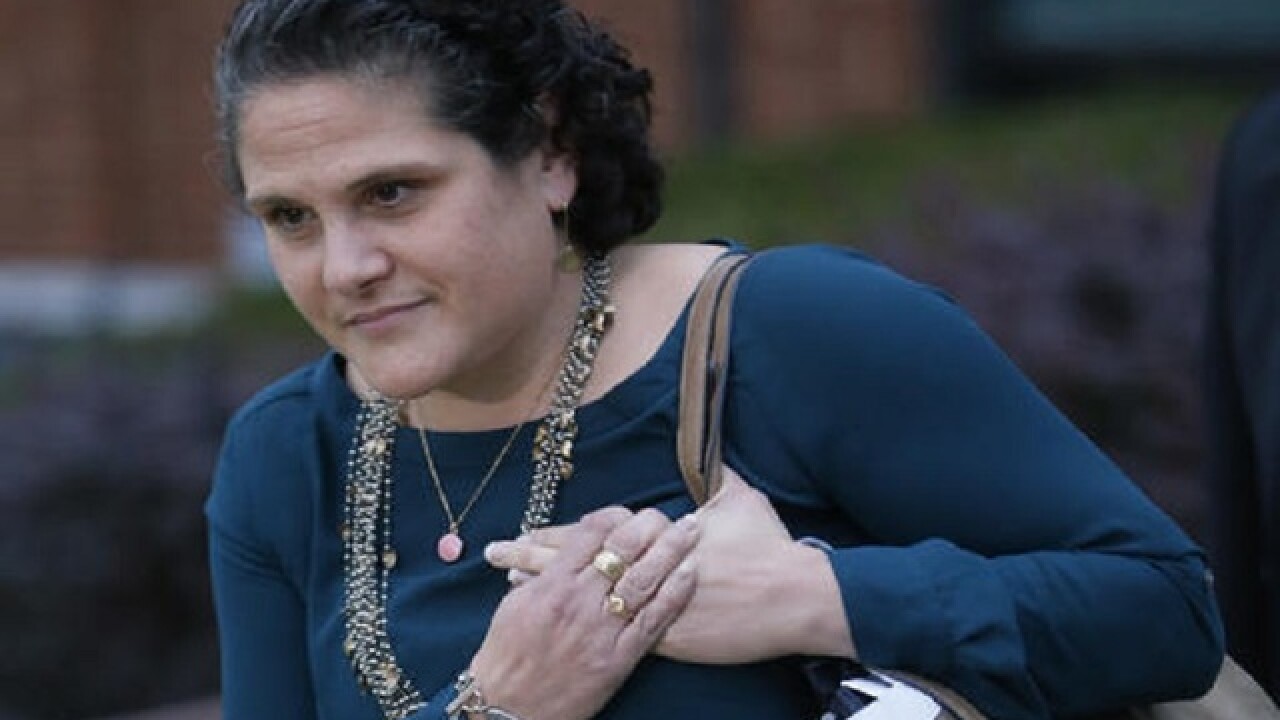 CHARLOTTESVILLE, Va. (AP) — Jurors awarded a University of Virginia administrator $3 million Monday for her portrayal in a now-discredited Rolling Stone magazine article about the school's handling of a brutal gang rape a fraternity house.
The 10-member jury's decision came after they concluded Friday that the magazine, its publisher and reporter Sabrina Rubin Erdely were responsible for defamation, with actual malice, of former associate dean of students Nicole Eramo in the 2014 story "A Rape on Campus."
Eramo sued the magazine for $7.5 million, claiming it cast her as a villain who sought to discourage the woman identified only as Jackie from reporting her alleged assault to police. A police investigation found no evidence to back up Jackie's rape claims.
Jurors heard testimony Monday about the extent to which the story has damaged Eramo's life and reputation before they began deliberating to decide how much to award her in damages.
Eramo told jurors that after the story's publication, she had trouble sleeping, feared for her safety and struggled with how to explain what was happening to her then-7-year-old son. One day, she crawled under her desk and contemplated suicide as she felt her world come crashing down around her, she said. Her husband testified that she told him: "I don't know that I can live anymore."
"I just wanted to disappear," said Eramo, who cried throughout much of her testimony. "I didn't know how it was going to be OK."
She claims the article prompted the university to move her out of her job as an associate dean into a different administrative role that she doesn't like as much because she rarely works with students. When the article was published, she was also preparing to undergo a double mastectomy for breast cancer. Eramo and her attorneys suggested that the stress she was under could have contributed to a post-surgery infection that led to a hospital stay.
"Even the strongest people have a breaking point," said Tom Clare, an attorney for Eramo.
The story roiled the University of Virginia campus, prompted calls for Eramo's resignation and sparked a national conversation about sexual assault at elite institutions. Jackie's story quick fell apart after reporters from other outlets started asking questions and determined that Rolling Stone never spoke to the woman's alleged attackers — or even verified their existence — before going to print.
Because the judge determined that Eramo was a public figure, she had to prove Rolling Stone made statements with "actual malice," meaning it knew that what it was writing about her was false or entertained serious doubts about whether it might be true.
Jurors found that the magazine and its publisher, Wenner Media, acted with actual malice because they republished the article on Dec. 5 with an editor's note after they knew about the problems with Jackie's story. The jury also found that Erdely acted with actual malice on six claims: two statements in the article and four statements to media outlets after the story was published.
Jurors awarded $2 million to Eramo for statements made by Erdely and $1 million for the republication of the article by Rolling Stone and Wenner Media. Rolling Stone could appeal the verdict.
Rolling Stone has agreed to pay Erdely's legal costs and the damages levied against her.
Rolling Stone's attorneys argued throughout the three-week trial that while it may have been a mistake to trust Jackie, their portrayal of the university and Eramo was fair and accurate.
On Monday, attorney David Paxton told jurors that the magazine was "heartbroken" by Friday's decision and urged them not to be tempted to award a large sum of damages in order to send a message to the magazine and the media. They've already done that with their verdict, Paxton said.
"This was tough medicine to receive," Paxton said.
Paxton apologized to Eramo, but stressed that Eramo not only kept a job at the university after the article was published, but she received a pay raise.
In their damages defense, attorneys for Rolling Stone showed jurors just one exhibit: A 2015 Office of Civil Rights report that criticizes the university's handling of sexual assault complaints and specifically mentions that Eramo helped to create a "hostile environment" for victims on campus.
Rolling Stone also faces a $25 million lawsuit from Phi Kappa Psi, the fraternity where Jackie claimed her assault took place. That case is schedule to go to trial late next year.
Copyright 2016 The Associated Press. All rights reserved. This material may not be published, broadcast, rewritten or redistributed.