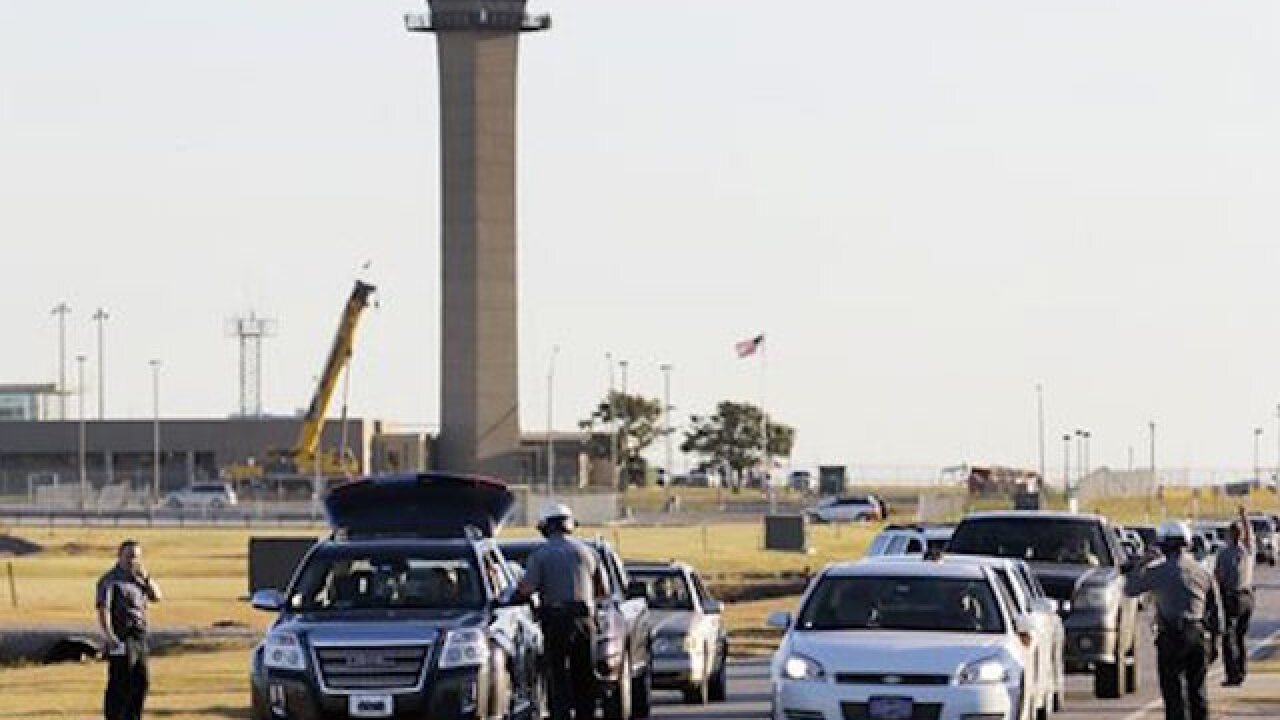 OKLAHOMA CITY (AP) — A man who gunned down a Southwest Airlines employee outside of Oklahoma City's airport likely killed the victim in retaliation for circumstances that led to the attacker leaving his job with the airline last year, police said Wednesday.

Lloyd Dean Buie, 45, killed 52-year-old Michael Winchester on Tuesday as Winchester was leaving work for the day and walking to an employee parking lot, police Capt. Paco Balderrama said at a news conference. Buie fired the shot from the fourth floor of a parking garage when Winchester was about 50 yards away, he said. Buie was later found dead in his pickup truck in the garage.

Buie resigned from Southwest Airlines in April 2015. Balderrama said Winchester wasn't Buie's immediate supervisor, and though the circumstances surrounding Buie's departure were not immediately available, he said investigators believe they were the reason behind the attack.

Winchester, whose address is listed as Washington, Oklahoma, about 35 miles south of the airport, was a former University of Oklahoma football player whose son James is a long-snapper for the Kansas City Chiefs. The team tweeted Tuesday night: "Our love and support is with James and the entire Winchester family."

The 1 p.m. shooting set off a scramble at Will Rogers World Airport, with police immediately closing the sprawling complex and asking passengers inside to seek cover. They diverted incoming flights and refused to give already-loaded aircraft permission to leave. There were concerns the gunman might have entered the terminal and mingled among passengers or employees.

Police found Buie's red pickup truck in the parking garage about three hours after the shooting. They used a robot to determine he was dead inside it before giving the all-clear.

The attack led to the cancellation of 25 flights. Normal airport operations resumed Wednesday.

The airport handles between 7,000 and 8,000 passengers daily for Alaska, Delta, Southwest and United airlines and has a separate terminal that serves as a transfer center for federal inmates. A jet carrying inmates to the transfer site was allowed to land while the rest of the airport was shuttered.

Michael Winchester was a punter on the University of Oklahoma's 1985 national championship team.

"Our hearts are truly heavy for the entire Winchester Family. Mike was a former Sooner student athlete as was his son James/daughter Carolyn," the school's athletic director, Joe Castiglione, tweeted Tuesday afternoon. He added "daughter Becca was also a student athlete. Please keep this beautiful family in your prayers" in a later tweet.