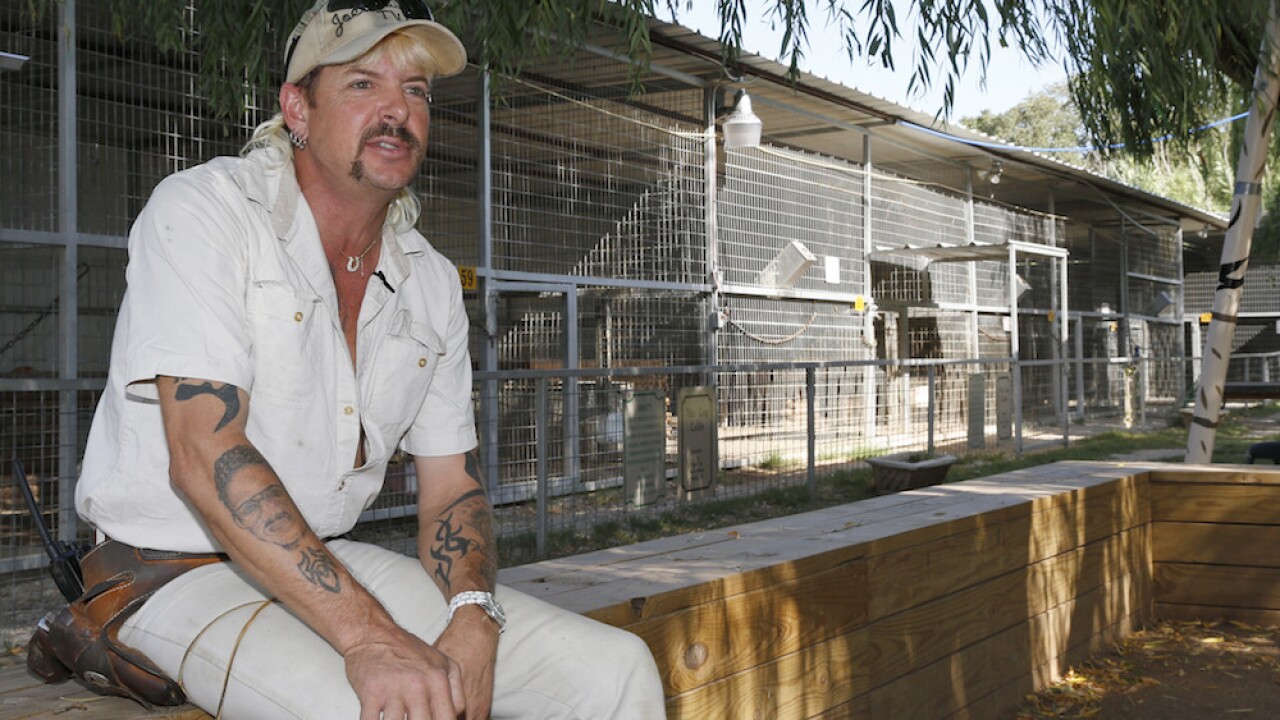 Copyright 2017 The Associated Press. All rights reserved.
Sue Ogrocki/AP
FILE - In this Aug. 28, 2013, file photo, the late Joseph Maldonado-Passage, also known as Joe Exotic, answers a question during an interview at the zoo he runs in Wynnewood, Okla. The Oklahoma zoo, featured in Netflix’s “Tiger King” documentary, has closed after federal authorities investigated it for alleged maltreatment of animals and suspended its license. The Greater Wynnewood Exotic Animal Park closed to the public after the U.S. Department of Agriculture on Monday, Aug. 17, 2020, suspended the exhibitor license for current-owner Jeff Lowe for 21 days.(AP Photo/Sue Ogrocki, File)

According to TMZ, Exotic's legal team will hand-deliver the 257-page application to the White House on Thursday.

A handwritten letter from Exotic, whose real name is Joseph Maldonado-Passage, was also included in the application, CBS News reported.

According to CBS News, Exotic called Trump his hero and asked that he listen to his son Donald Jr.