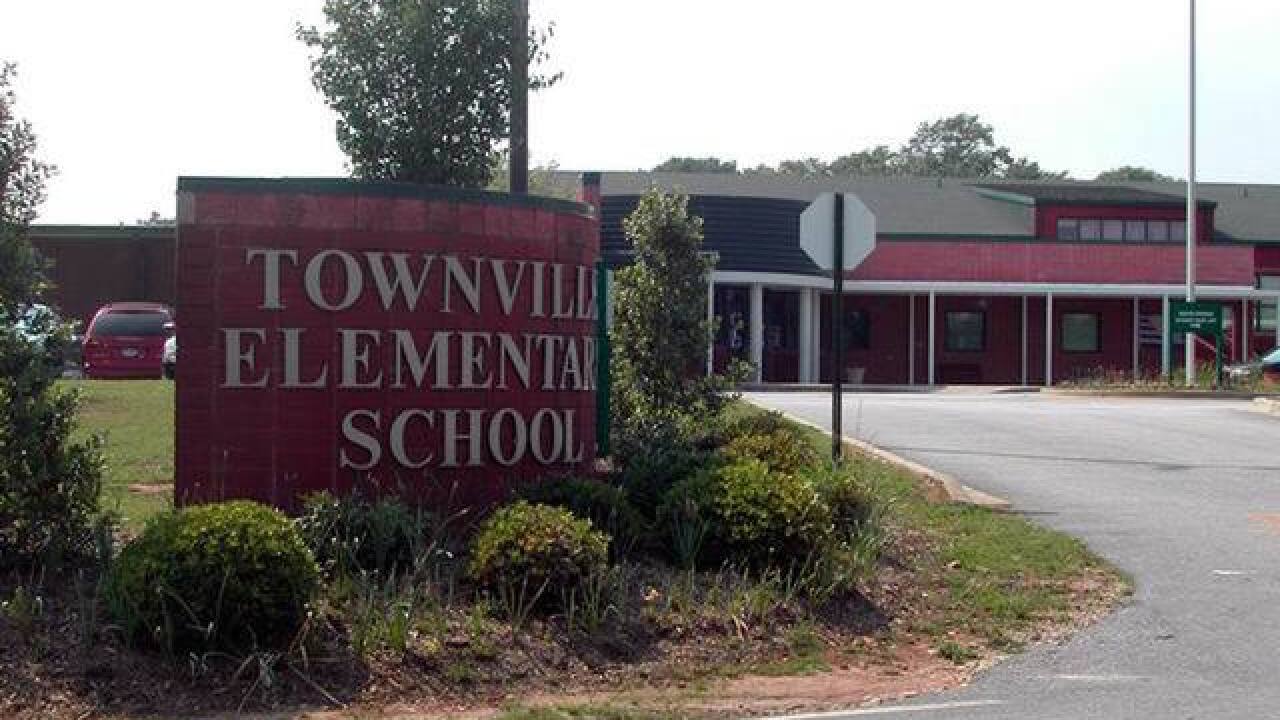 TOWNVILLE, S.C. (AP) — A volunteer firefighter stopped a teenager who shot three people outside a South Carolina elementary school after killing his father at their home, authorities said.

The shooter wounded two students and a teacher Wednesday afternoon outside rural Townville Elementary but was apprehended before he could get inside the building, Anderson County Sheriff John Skipper said.

Firefighter Jamie Brock, a 30-year veteran of the Townville Volunteer Fire Department down the road from the school, "just took him down," the sheriff said. Deputies arrived minutes later.

He "wants to remain humble and quiet about it" as he believes "he did nothing any of the other volunteer firefighters wouldn't have done," said Scott Stoller with Anderson County Emergency Management.

Regardless, he said, "Firefighter Brock is absolutely a hero."

Graphiq
Authorities said the shooting spree began at the teen's house about 2 miles from the school, where he gunned down his 47-year-old father, Jeffrey Osborne. Authorities have not released the suspect's name or age beyond saying he's a teen.

Crying and upset, the teen called his grandmother's cellphone at 1:44 p.m., Anderson County Coroner Greg Shore said. The grandparents couldn't understand what was going on, so they went to his home just 100 yards away. When they got there, they found Osborne dead and their grandson gone.

About one minute later, authorities received a 911 call from a teacher at the school in this rural town about 110 miles northeast of Atlanta.

The shooter drove a truck into the school parking lot and immediately started firing as he got out and moved toward the school, Skipper said. He did not know who the truck the teen drove was registered to and declined to say how many shots were fired.

One student was shot in the leg and the other in the foot, sheriff's Capt. Garland Major said. Both students were male. The female teacher was hit in the shoulder.

"We are heartbroken about this senseless act of violence," said Joanne Avery, superintendent of Anderson County School District 4. She canceled classes at the school for the rest of the week.

Television images showed officers swarming the school after the report of an active shooter. Some were on top of the roof while others were walking around the building. Students were driven away on buses accompanied by police officers to a nearby church.

Authorities said they don't yet know a motive for the shooting and they were not sure if the students and teacher were targeted. The sheriff said the teen had been homeschooled.

"There are no racial undertones there. There's no terrorism involved," Major said. "We're confident we have the sole shooter and no one else is involved."

Skipper said the teen's mother was at work at the time of the shooting.

One of the students and the teacher were released from the hospital Wednesday evening, AnMed Health spokeswoman Juana Slade said. Greenville Health System spokeswoman Sandy Dees said the other student, Jacob Hall, remained in critical condition.

The school surrounded by working farms has about 300 students in its pre-kindergarten to sixth-grade classrooms. About 90 percent of the students are white, according to state records.

"This is the country," Brandi Pierce, the mother of a sixth-grader, told The Associated Press as she began to cry. "You don't have this in the country."

Jamie Meredith, a student's mother, said some of the children went into a bathroom during the shooting.

"I don't know how they knew to go in the bathroom, but I know her teacher was shaken up. I know all the kids were scared. There was a bunch of kids crying. She didn't talk for about five minutes when I got her," she told WYFF-TV, Greenville.

South Carolina Gov. Nikki Haley released a statement from her and her husband after the shooting.

"As we work together with law enforcement to make sure they have the support they need to investigate what happened in Townville, Michael and I ask that everyone across South Carolina join us in praying for the entire Townville Elementary School family and those touched by today's tragedy."

The town is situated along Interstate 85 near the Georgia-South Carolina state line.