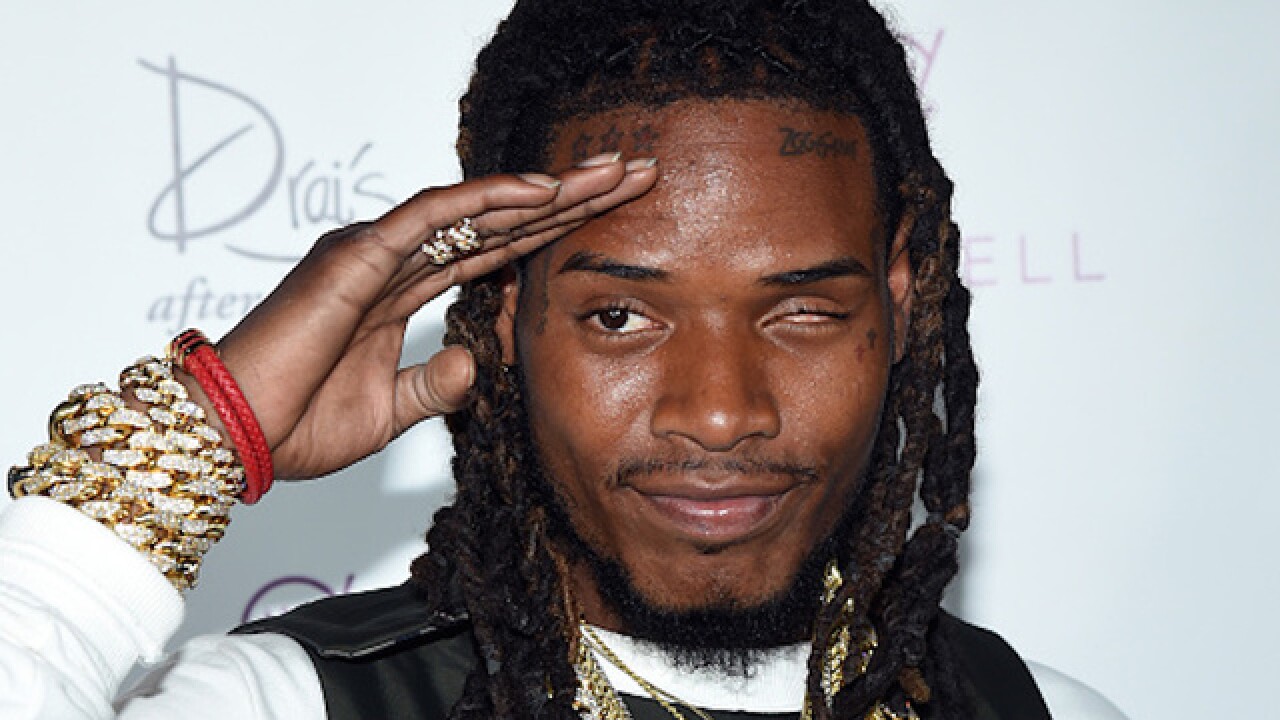 Rapper Fetty Wap pled guilty to five traffic charges in a New Jersey courtroom Wednesday, resulting in $360 in fines. Luckily, he had more than enough on him.

The “Trap Queen” rapper was carrying two large stacks of cash, totaling about $165,000 on him in the courtroom.

Fetty Wap, whose real name is Willie Maxwell, was pulled over on July 6 and cited with failure to replace lost, destroyed or defaced license plates, having tinted windows that were too dark, and driving with a suspended license. He also pled guilty to a charge that officers responded to his home twice for false alarms.

“DWB-AR: Driving while black and rich,” Maxwell said when reporters asked him about the traffic stop. When asked if anyone else was with him in the car when he was pulled over, he responded “Yeah, money. Benjamin.”

This isn’t Maxwell’s first run-in with the law. New Jersey advance reports that since 2010, Maxwell has had his license suspended multiple times for “driving while suspended, failure to appear and non-payment of child support.”

Earlier this year, a New Jersey high school principal was put on leave after it was revealed he allowed the rapper to shoot a music video — which included strippers and drug references — at the school.